The Whitney Forum will be the place to be this weekend, with the 39th annual Roller Goodwin Hockey Tournament touching down on Friday.

There are no wins or losses, trophys, stats or glory, but attracts former Flonners from all walks of life from every corner of the world.

This tournament began as the I.O.S.C. Hockey tournament in the early 70's and became the Roller Goodwin in 1975. It has been held in Calgary, Banff, Winnipeg, Warmen Sask,and extra special when it comes back to Flin Flon.

When Flin Flon hosted in 1998 that is when you saw a lot more family teams get involved like the: Crones, Flochs, the Davidson's and many others.

All the players that show up year to year are connected in some way.

This would be one of the longest running hockey tournaments in North America, and is  very instrumental in the uniqueness and character of this community.

You can get everything from players that have won the Stanley Cup to players that you can see on any given night in any beer league that are always welcome with open arms.

This is an inclusive tournament which I believe is one of the reasons for it's longjevity and success.

If you want to see Flin Flon culture at it's finest come to the Whitney Forum to check out the action, have a couple pops and listen to the great stories.

Don't forget about the social Sunday night at the Flin Flon Community Hall featuring the Usual Suspects. Tickets can be picked up for $30.00 a piece at : Pharmasave, Eddies, The Gas Bar and Lloydy's. You can also call Stewie Lloyd at : 204-687-6905.

There is going to be a draw for a  Reggie Leach Flyer sweater autographed by, Leach, Clark and Barber from the Broad Street Bully days. Tickets are 3 for $10.00. Draw will be made Sunday night at the Social. 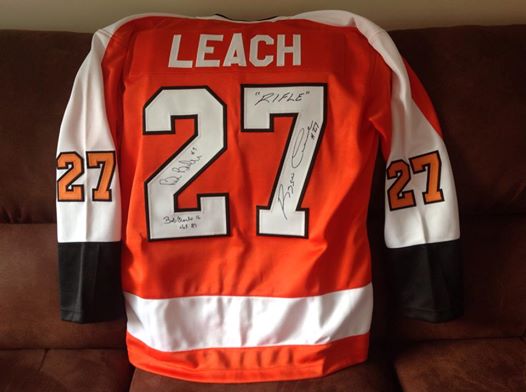 Here is this weekend's complete schedule: 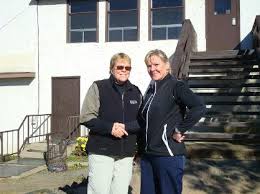 The Phantom Lake Ladies Open took place Sunday with 22 ladies competing. Over $4500.00 in prizes were handed out.  Here are the results:

Closest To The Pin- Judy Freeborn

This is going to be a big one with it's 25th anniversary, coming up August the 2nd and 3rd on lake Athapap.

Tiffany Anderson one of the organizers says "This years prizes are huge, with $5000.00 guaranteed to go for first place. There will be prizes for the top 25 to honour our 25th anniversary. Entries are starting to come in, so make sure you are in the top 30 if you want to leave in the first heat."

You can download an entry form off their facebook page and can be mailed to Box 46, Cranberry Portage MB, ROB-OHO, or dropped off to a committee member if you are local. 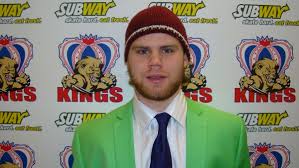 The Flin Flon Bombers have traded local product Dillan McCombie to the Bonnyville Pontiacs of the AJHL, for 95 F Alex Smith, the CJHL playing rights to 95 F  Logan Harland of the Saskatoon Blades and future considerations.

Alex Smith had 20 points ( 4 goals and 16 assists) in 51 games with Bonnyville last season.

Logan Harland had 18 points (10 goals and 8 assists) with Saskatoon of the WHL last season to go along with 2 points in 3 playoff games. 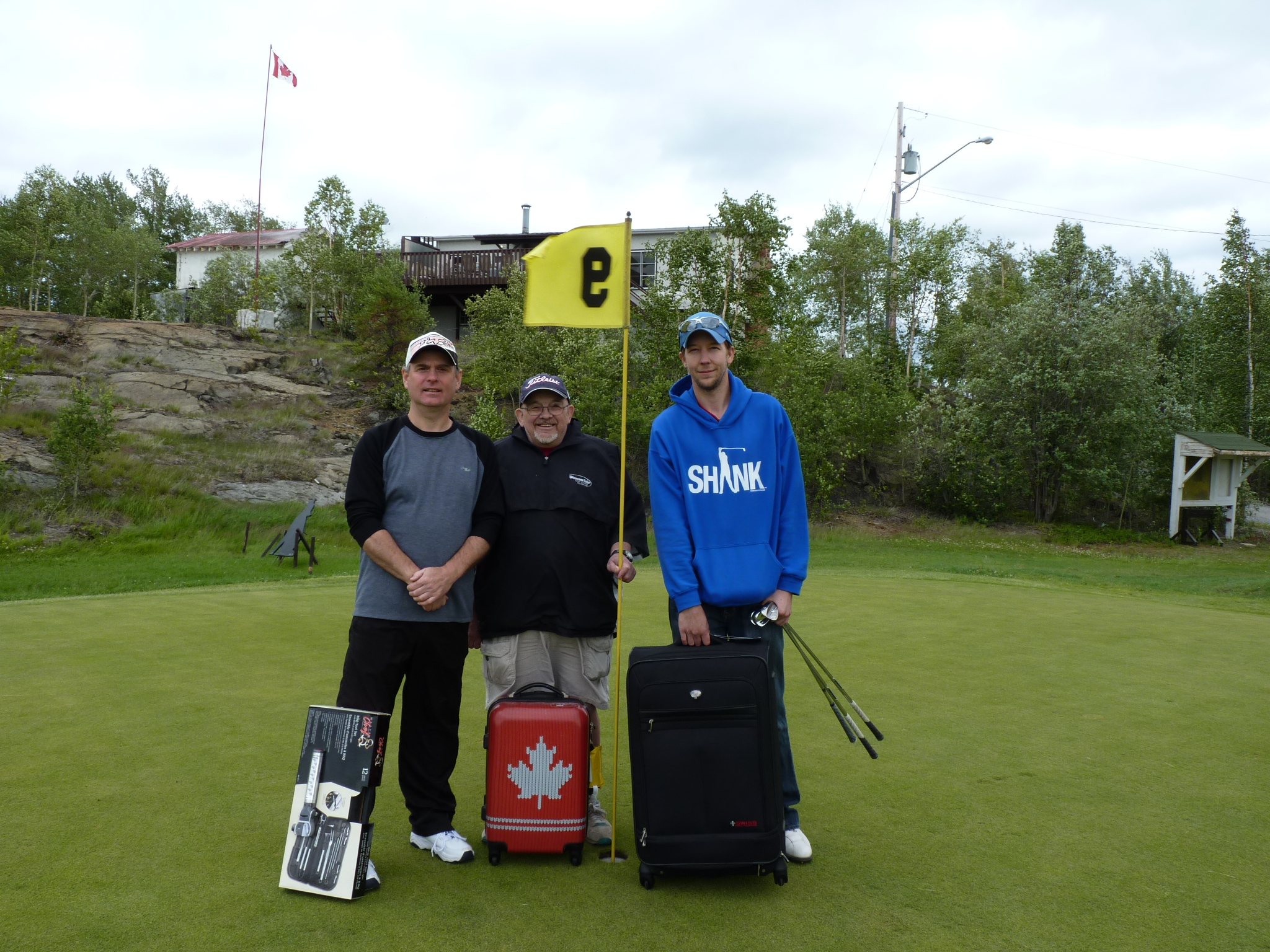 For the first time in the history of the event, there is a repeat winner in the 102.9 CFAR Tri- Service Million Dollar  Hole In One Event.

Congratulations to Darcy Salamondra who was this year's best, who shot a ball 37ft, 7 inches away from the hole to capture the win at the Phantom Lake Golf Club Sunday night. Salamondra also won in 2007.

Last year's winner Keenan Kennedy came in second at 44ft-8 and a half inches.

The Surprising Brian Dixon came in third at 85 ft- 1 inch. Dixon had the best shot in the semis at 4 ft, 5 and a quarter inches.

Among the highlights, there were three hole in ones in qualifying earlier in the week. Terry Arnold picked up the first one on Wednesday, with Richard Masson and Ryan Hanson getting hole in ones back to back on Friday.

A big thank you to the Tri- Service Club, the Lions, Rotary and Kinsmen Clubs for spear heading the event for the 12th straight year.

Proceeds from this year will go towards Habitat 53 degrees and the Island Development Group in Denare Beach.

Congratulations to former Flin Flon Bomber captain and defenseman, Michael Young on being invited to a development camp for the San Jose Sharks.

You can find more information Here

The Flin Flon Extreme Hockey School will return to the Whitney Forum August the 17th to the 22nd.

There will be programs for everyone including Junior 6-9, Intermediate 10-12 and Conditioning 15 and up.

There will also be Specialty Clinics August the 24th to the 26th.

If you sign up by July the 25th, you could win a draw for your hockey school absolutely free.

A registration skate is planned for August the 17th at 7PM.

The season kicks off September the 18th with Yorkton in Melville.

Flin Flon will kick off their season with a home and home against Nipawin, the weekend of September the 19th and 20th.

The Bomber's home opener is Friday September the 19th, with the return matchup at the Cage on Saturday.

All teams will play 56 games, with the Bombers in the Sherwood Division along with Laronge, Melfort and Nipawin.

The Bombers will play Laronge 9 times, Melfort and Nipawin 8 times.

Flin Flon's first big road trip will be October the 14th to the 18th, when they will play 4 games in 5 nights starting in Humboldt.

Once again the Bombers will get a nice Xmas break wrapping up 2013, with a game at the Civic Centre in Battleford December the 20th. Flin Flon will get a 2 week break with their first game of the new year Sunday January the 4th VS Humboldt.

The regular season will wrap up March the 3rd, with Flin Flon travelling to Nipawin.

Don't forget to pick up your tickets for the Pontoon boat. This is a huge fundraiser for the hockey club and the draw is August the 10th.

One of the organizers Ken Mansell said it went over very well, with over 20 kids signing up. The Flin Flon Lions Club hope to make this an annual event.

Here are this year's results: