The Creighton Kodiak Track team was in Melfort yesterday competing in the Nessacs event.

Creighton had an impressive day with many of their athletes picking up medals. Here are the complete results:

McKenzie Grant- Gold in the Hurdles

Khariz Kawa- Gold in the Hurdles, Quadrathon, and Long Jump,  Silver in 100.

Tyler Williamson- Gold in the Hurdles, 100 and 200 and Silver in High Jump

Creighton will now represent their school in 17 different events in Provincials.

The Flin Flon Bomber season ticket blitz is back for the up coming season.

If you pick up season tickets now, you will be able to save from paying at the door.

A couple new things this year, the Bombers have two separate Flex packs including one for 15 games and the other one for ten. Family Packs are also available for the very first time.

A few other incentives to pick up season tickets include, a discount at the souvenir booth, game raffles, bbq with the players and staff to kick off the season and your tickets will be delivered personally from the players.

Congratulations to Carson Lee and Hunter Lee who both won Gold Medals in Winnipeg this past weekend in wrestling.

They will now represent Manitoba at the Western Canada Games in Wood Buffalo in Northern Alberta, August the 7th to the 16th. 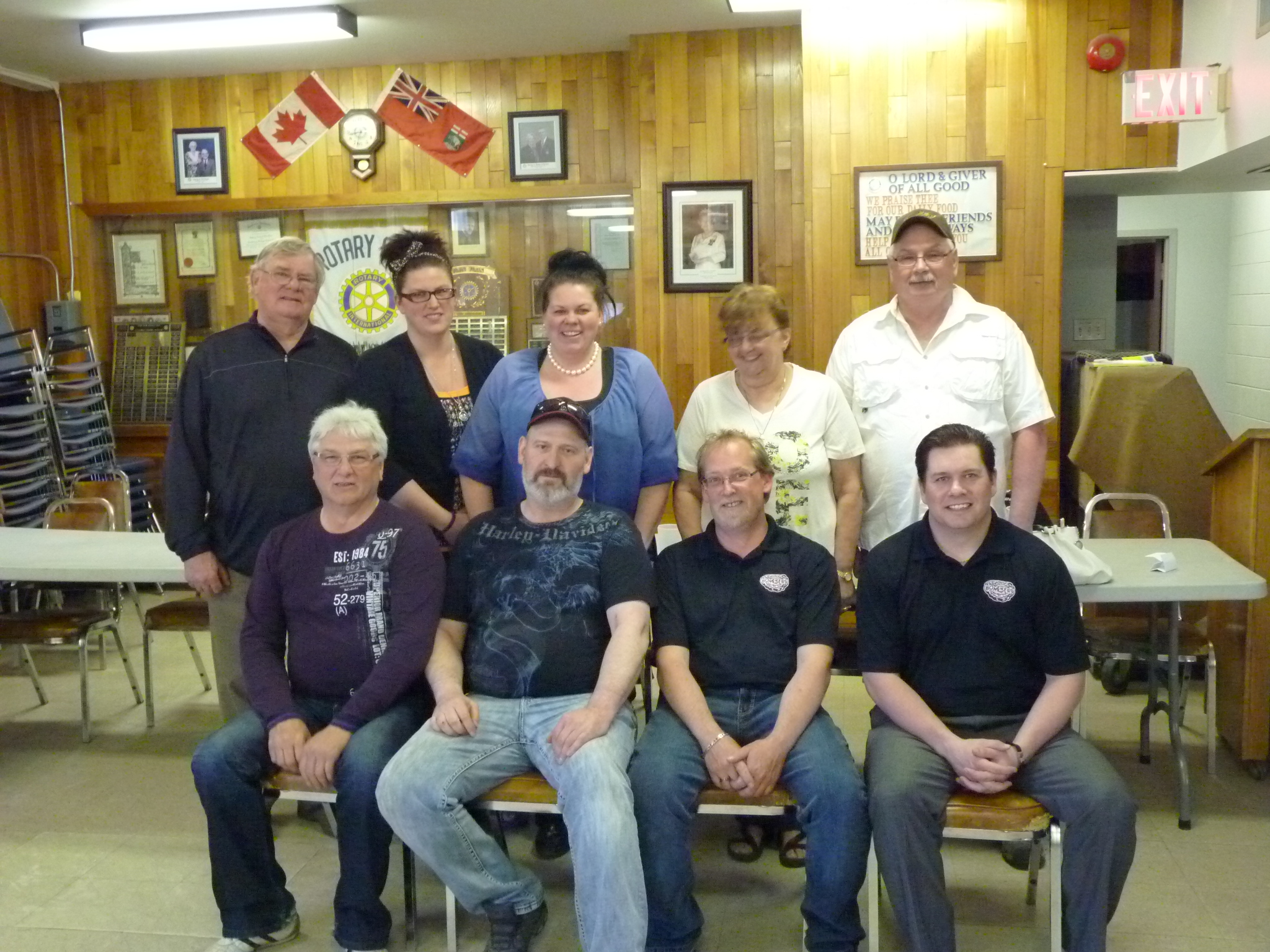 The Flin Flon Bombers held their annual AGM Wednesday night at the Green room at the Flin Flon Community Hall.

Mike Reagan had his coach's report  and talked about the season from his perspective. He mentioned that the team really had a hard time replacing both Tanner Lishchynsky and Dustin Perrilat who both jumped to the WHL early in the season.

Reagan also said he expects 13 out of 16 players who are eligible to return to be back with the club for the beginning of the season. He will trade the other 3 who will not be returning.

Over 100 kids are expected in Saskatoon, the final weekend of May, making this the biggest spring camp the Bombers have ever held.

Reagan says he is excited about the challenge of putting together another competitive team  for the up coming season and the league draft set to take place in Nipawin June the 4th.

Hank Kozar spoke and thanked his fellow board members and all the volunteers who continue to give countless hours to  the hockey club year after year.

Kozar  talked about the difficult decisions that they sometimes have to make,  in particular the colour coding of the tickets for the last 5 home games.  It was reported that the Bombers brought in $3,300.00 more revenue than compared to the last 5 games the year previous.

I will post interviews from President Hank Kozar and Head Coach Mike Reagan on tomorrow's blog. 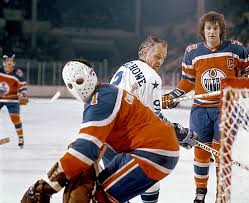 July the 25th will be a special day for former Flin Flonner Al Hamilton , who will be inducted into the Alberta Hockey Hall Of Fame in Canmore.

Hamilton already a member of the Manitoba Hockey Hall Of Fame remembers his time in Flin Flon fondly.

Before heading to Edmonton to play junior with the Oil Kings, Hamilton played his entire minor hockey in Flin Flon, winning numerous Provincial Juvenile and Midget Championships under the guidance of Bill Maluta.

Hamilton says the calibre of hockey in Flin Flon helped prepare him for a solid Professional career.  In 1962-63 Hamilton did play a few games with his hometown Bombers as a 15 year old. He was traded to the Oil Kings the next season, and reached the Memorial Cup Final 3 years in a row ,  winning it all in 1966.

He made his NHL debut the same year with the New York Rangers, and eventually cracked their lineup in 1969, playing 59 games. In between, he was an all-star in the Central Hockey League with Omaha, and spent two seasons with Buffalo in the American Hockey League. In the 1970 NHL expansion draft, Hamilton was the third selection of the Buffalo Sabres.

In 1972, Hamilton returned to his western roots, as a member of the Alberta Oilers (they would become Edmonton the next year), one of the inaugural franchises in the newly-formed WHA. He was team captain for four seasons, and named an all-star in 1974 and 1978. In 1974, Hamilton was selected to the WHA’s Team Canada Summit Series squad, playing in three games and recording an assist against Russia.

Hamilton’s playing career ended in 1980, as he returned to the NHL, playing 31 games with the Edmonton Oilers. Upon his retirement, his number ‘3’ jersey was the first to be retired by the franchise, and Hamilton remains the only Oiler not part of the 1980s Stanley Cup teams to have his jersey retired.

Statistically, in a combined 746 regular season and playoff games in the WHA and NHL, Hamilton accumulated 68 goals and 347 assists.

The Phantom Lake Golf Club is ready for another busy summer.

The annual general meeting will take place tomorrow 7PM at the club house. If you are interested in being a part of the club, please  attend.

The golf course is open to paid annual  members and will officially open up for the general public on Wednesday May the 20th. The Pro Shop is open and you can call  306-688-5555 for tee times and more information.

It was a very good weekend for all 3 Flin Flon soccer teams that took part in the 2015 Kickstart tournament in Saskatoon.

The Flin Flon Lightning under 12 girls  beat Valley United 1-0 to win the Gold and go undefeated on the weekend. Joie Simon had the winning goal.

Flin Flon Kickers under 12 boys finished in a 3 way tie for first, but captured the Gold due to total  points. Odin Church picked up the game star in their last game.

Hapnot will be hosting a Northern Border Youth Basketball Camp July the 3rd to the 5th.

This is open to both boys and girls ages 11-14, and is $50.00 per child. Registration forms can be picked up at the office of all schools in Flin Flon and Creighton and need to be returned to your school's main office by June the 12th.

The Flin Flon Bomber AGM will take place Wednesday May the 20th, 7 PM at the Green room at the Flin Flon Community Hall.

The agenda will include a Coach's, President and financial report, question and answer period and election for board of directors.

Dillan McCombie Commits to the University of Regina

Twenty-year-old PONTIAC forward Dillan McCOMBIE has committed to the University of Regina COUGARS of the Canada West (CIS) for the 2015/16 season.

Raised in Creighton, Saskatchewan, McCOMBIE came to the Bonnyville PONTIACS via the Flin Flon BOMBERS prior to this year and had a career season. McCOMBIE scored 78 points in 71 games, scored his 100th Junior career goal and finished fifth (regular season) and sixth (play-offs) in the Alberta Junior Hockey League scoring race. He was also the team's most valuable player. Dillan was named the Alberta Junior Hockey League's Player of the Month in December 2014

"On behalf of the Bonnyville PONTIACS, our community, fans and volunteers I want to wish Dillan and his family the very best success in his academic, hockey and life endeavors. As obvious as Dillan's hockey abilities are, he is even a better person. He plays the game with an exceptional compete level and his tremendous vision makes him a dangerous offensive player and one of the most offensively creative players in the Alberta Junior Hockey League. He made a tremendously positive impact as a Bonnyville PONTIAC both on and off the ice," says Head Coach and General Manager Rick SWAN.

"I am extremely thankful for all the support that the Bonnyville PONTIACS organization and my billet family, Erin and Jesse VADAZ, provided me this year. The Bonnyville PONTIACS are a first class organization who treat their players like professionals and make them feel a part of something special. I am so lucky and glad that I was able to finish my Junior hockey career of in such a great place. They are an organization and a team moving in the right direction," says McCOMBIE. "I wish that I had one more year here but I am also looking forward to attending the University of Regina to obtain a quality education and play for the COUGARS."

The community of Bonnyville, it's volunteers, it's sponsors and it's fans wish Dillan all the very best success as he moves on to the University of Regina.

Dillan McCOMBIE becomes the 17th PONTIAC in the past two seasons to continue his hockey to play at the College level.

The Northern Rush hockey team is made up of pee -wee players out of Flin Flon, The Pas and Hudson Bay.

The Rush were in Morden for a tournament this past weekend and lost in the Consolation Final to the Manitoba Wild by a score of 9-3.

This team is still in the early stages,  and will take the summer off before  getting their program ready for the fall.