For the second straight year, Flin Flon Minor Hockey will holding registration in conjunction with the Flin Flon Parks and Recreation's Registration Under One Roof.

This will take place Friday and Saturday September the 12th and 13th at the Flin Flon Community Hall.

Also available this year will be a $125.00  Flin Flon Bomber season ticket, which is being offered to all Flin Flon Minor Hockey players.

You will be able to purchase Bomber season tickets at the Under One Roof Registration.

The Flin Flon Bombers are putting the finishing touches on main camp which will start this Friday.

You can find out more here:

The Senior's Open took place this past Wednesday at the Phantom Lake Golf Club.

The Creighton Kodiaks will be making local sports history this fall. For the first time ever there will be a high school football program offered starting in September.

Ryan Karakochuk, the  head coach dropped by 102.9 CFAR this past Thursday to chat about how thing are shaping up for the first ever season.

You can hear everything that is happening with the local football program right here:

The Creighton Kodiak's are in the Northern Saskatchewan League and play in the Eastern Division with teams from: Laronge, Sandy Bay and Cumberland House.

Here is their schedule

September the 11th at Sandy Bay

September the 18th VS Cumberland House

September the 25th VS Sandy Bay

October the 2nd at Laronge.

All games start at 4PM.

Hard to believe but Flin Flon Bomber Main Camp is only a couple of weeks away, and the first official Pre- season game is only 18 days away.

The Bombers released their Pre- season sched and this is how it looks:

If you are interested you must fill out an application and sign the FFMHA Code Of Conduct. Both can be downloaded off the resources page.

Applications can be emailed to flinflonminorhockey@gmail, or dropped off at 347 Queen street.

Deadline for applications is this Friday.

The Hapnot Kings and Queens Senior Soccer teams are preparing for another exciting season.

Both teams are coming off Zone titles and have dominated the sport in Northern Manitoba for the past decade.

You can be part of the success with try-outs taking place this Tuesday and Thursday at Foster Park starting at 7PM. 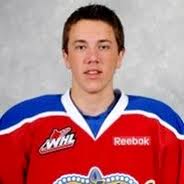 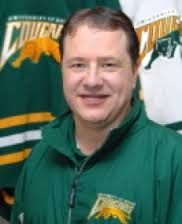 This past August long weekend is one I will not forget for many reasons, one of them being a special visit from a couple of old friends.

This past Sunday I got to sit down with Blaine and Ashton Sautner. Blaine patrolled the Flin Flon Bomber blue line in the late 80's and also got his start in coaching when he was an assistant between 1997 and 2001.

Blaine went on to coach the Battleford North Stars and Regina Cougars of the CIS before retiring from coaching a few years ago to take over the family farm.

Aston was born in Flin Flon and has been able to put together a very nice career so far, including 2 appearances in the Memorial Cup with the Edmonton Oil Kings, winning it all this past spring in London Ontario.

Here are the two interviews from this past weekend, and I hope you enjoy listening to them as much as I did conducting them.

The Cranberry Trout Challenge wrapped up this past Sunday, and was one of the most successful to date. There were 68 boats entered from all over the country and the weather was perfect.

Kori James, one of the organizers says they are so fortunate to have so many dedicated volunteers and appreciate all the support from the community and entire area.

Here are the top 10 finishers:

2nd) Hyytianen and Koslowski- The Pas 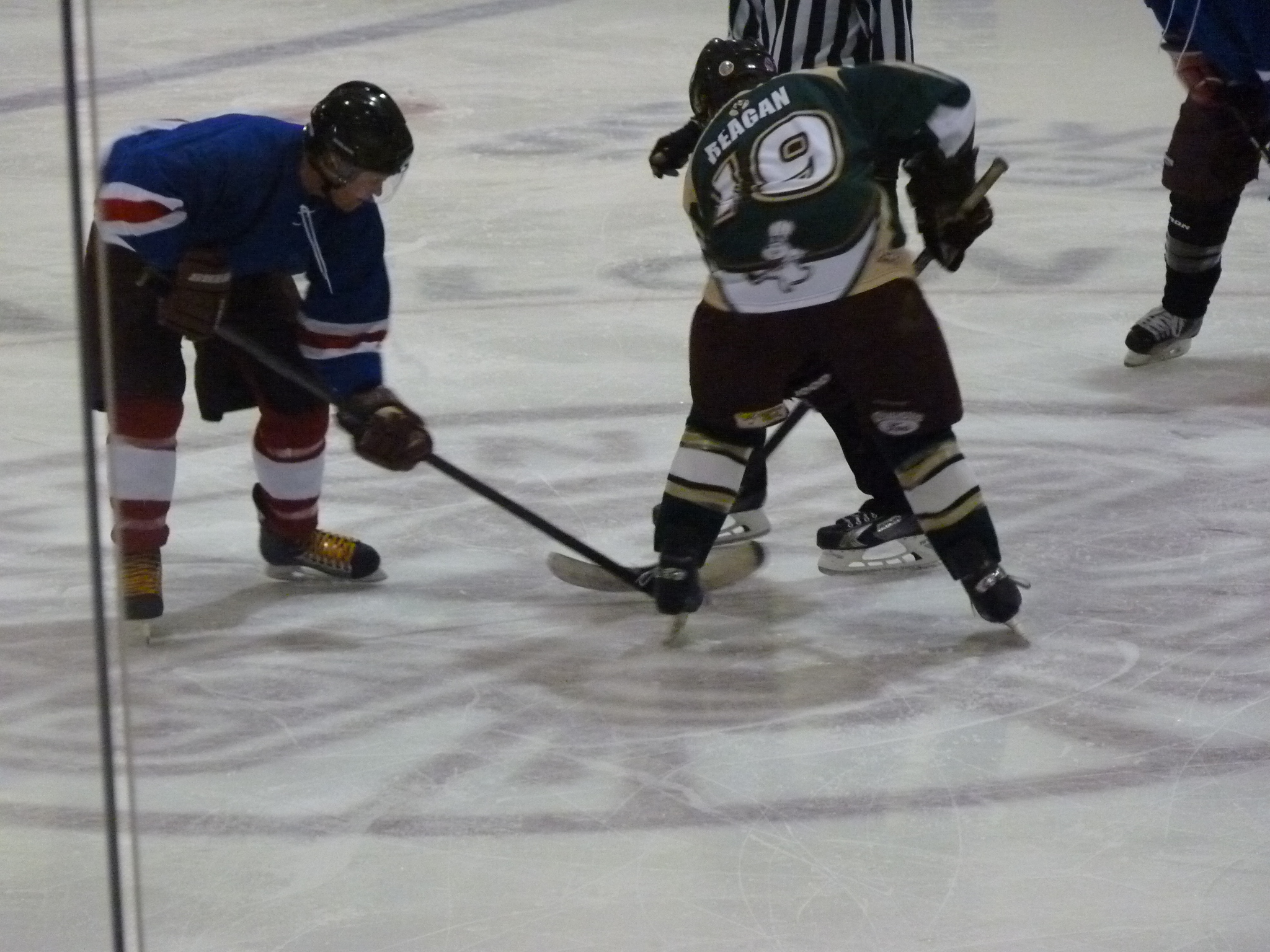 The Roller Goodwin Hockey Tournament wrapped up Sunday at the Whitney Forum, with the Dough Boys closing things out against the Crones.

It was a historic weekend for the Dough Boys who finished 3-0 for the first time in franchise history. If you want to hear more pop by Pharmasave and chat with Ryan Watt, who I am sure would not mind filling you in on it.

The hockey is always secondary and is more about who you can bump into on the weekend. There were no shortage of characters like Tates Andersen, Pat Liss, Dustin Ernst, Todd Horning, Lance Johnston, Edsy, Walter Wynnychenko, Duke Rodnisky, Jack Turner and the list go's on and on.

No shortage of former great NHL stars like Jordy Douglas, Gerry Hart, Reid Simpson and Bobby Clarke who added to a pretty interesting mix of hockey players from every calibre you could imagine.

A big thanks and congrats to Stewie Lloyd, Duke Rodnisky and Ray Crone for organizing a top notch event. Also want to thank the referees Les Boulet, Alex Willett and Walter Wynnychenko for their efforts.

The weekend concluded with a dinner and dance at the Flin Flon Community Hall Sunday featuring the Usual Suspects, who had the masses up and dancing all night with great hits courtesy of CCR, Fleetwood Mac and John Mellencamp.

Every ticket was sold and the proceeds will be donated to Flin Flon Minor Hockey.

It was announced that the Roller will be headed to Calgary, Easter of 2015, and back to Flin Flon for the August long in 2016.

This is such a special weekend for the community and you get a real sense of what Flin Flon is all about. It was a real pleasure for me to not only cover the tournament for 102.9 CFAR, but partake in the festivities and suit up in the 50 and over. I even scored 2 goals on the weekend, but then again who's keeping track. I guess I am.

Nice to see lots of folks in the stands and at the social which was a complete sell out.

Till next year in Calgary, keep your stick on the ice and once a Flonner always a Flonner. 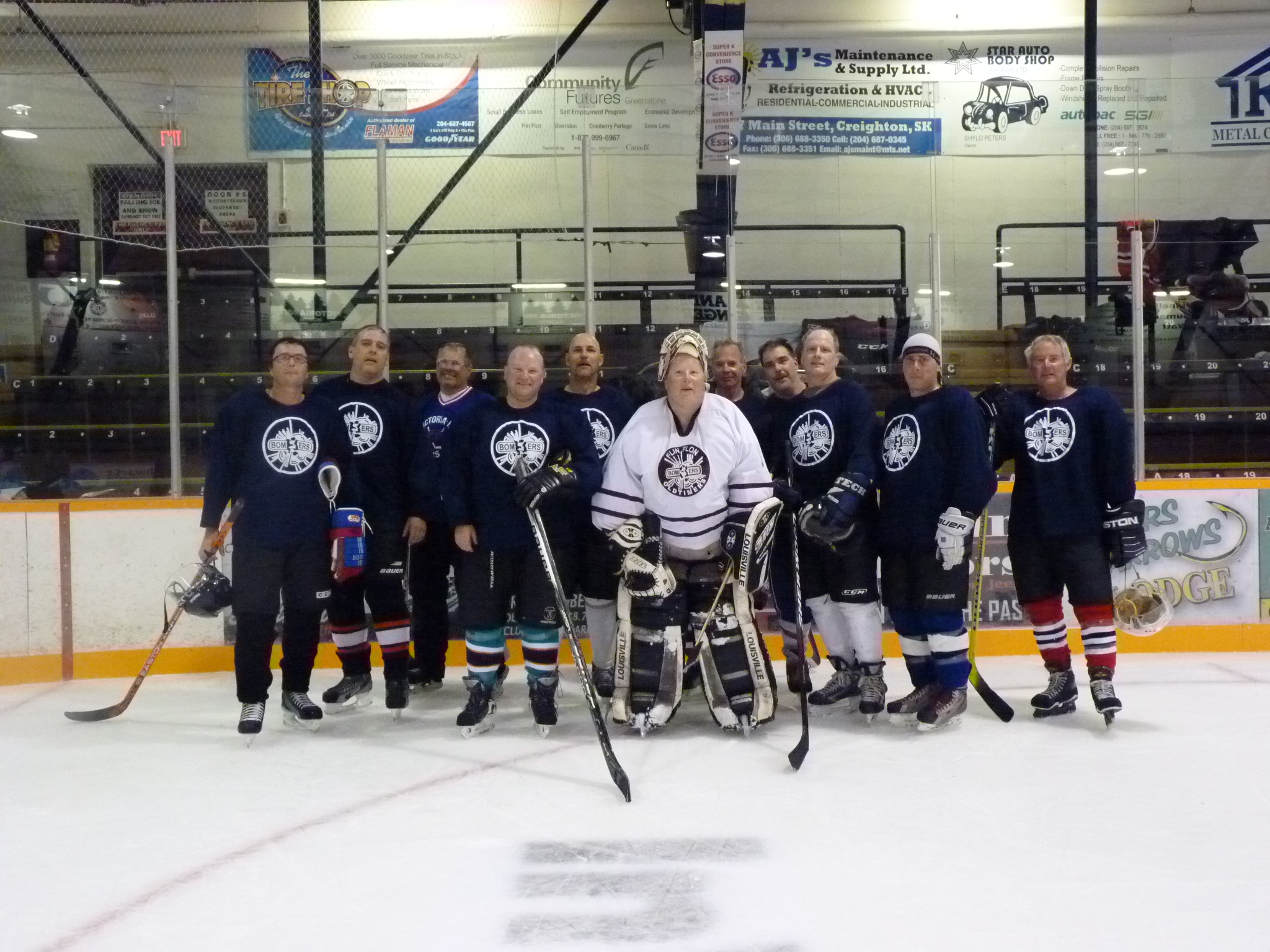