The Flin Flon Bombers have hired a new assistant coach with ties to the SJHL.

The Bombers have hired Jason Lindner who played goal for Weyburn between 2005 and 2007, where he suited up for 19 games and compiled a .910  save %. Lindner is 28 and is from North Vancouver BC, and played in three leagues over the course of his career including the BCHL and the All American Hockey League.

Most recently Lindner has been living in Calgary and working with the Swiss International Hockey Program, and will be joining the Bombers in early August.

The Phantom Lake Open golf tournament took place this past Saturday with over 60 golfers taking part.

The Phantom Lake Open is taking place this Saturday June the 28th.

It will kick off with a shotgun start at 11 am, with 18 holes of golf, great food and lots of prizes.

The first 80 to sign up are guaranteed to get in.

The Phantom Lake Soccer Club wrapped up their season this past Saturday.

Tyler Kittle the Flin Flon Soccer President would like to thank all the coach's, referees, players and volunteers for making this another exciting season. 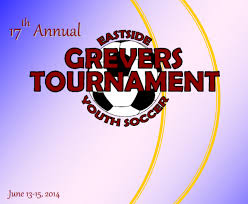 A number of Flin Flon teams attended the 17th annual Grevers Soccer Tournament in Saskatoon this past weekend.

It was a very successful weekend with a number of teams doing well.

The Flin Flon Collision- 12 and under girls coached by Steve Lytwin captured Gold by going 5-0 and beating the SUSC Falcons in the final 1-0.

The Flin Flon Kickers 12 and under boys coached by Corrie Pomarenski, also went 5-0 and beat Regina 1-0 to win Gold

The Flin Flon Queens under 18 girls coached by Dean Grove were 1-0-2 and lost the Bronze medal game to the East Side Banshees.

The Flin Flon Fusion under 18 boys, coached by Tyler Kittle and Sean Black lost both their games.

The Flin Flon Fusion under 14 girls coached by Tyler Kittle were 2-1, and were tied for first with 2 other teams, but were eliminated on goal differential

The win came Saturday June the 7th in Saskatoon, in an event hosted by Honor Fighting.

Jed with his coach, Derek Abrahamson and brother Kyle Reeves in his corner defeated Danen Ehalt from Humboldt.

It took Reeves a mere 19 seconds to win his first fight, stunning Ehalt with a series of jabs and uppercuts which forced his opponent to the mat, when the referee called the match.

Reeves plans to fight again in the fall.

Hapnot Collegiate hosted their athletic banquet last night in front of a packed house at the Hapnot gym.

Among the many awards presented were the male and female athletes of the year.

Hapnot Collegiate will be hosting their athletic awards banquet this Thursday at the school.

This is open to teachers, coach's, athletes and athlete's parents.

Awards will be handed out in both individual and team sports for Senior and Junior Varsity including the male and female athletes of the year.

102 CFAR will have full coverage. 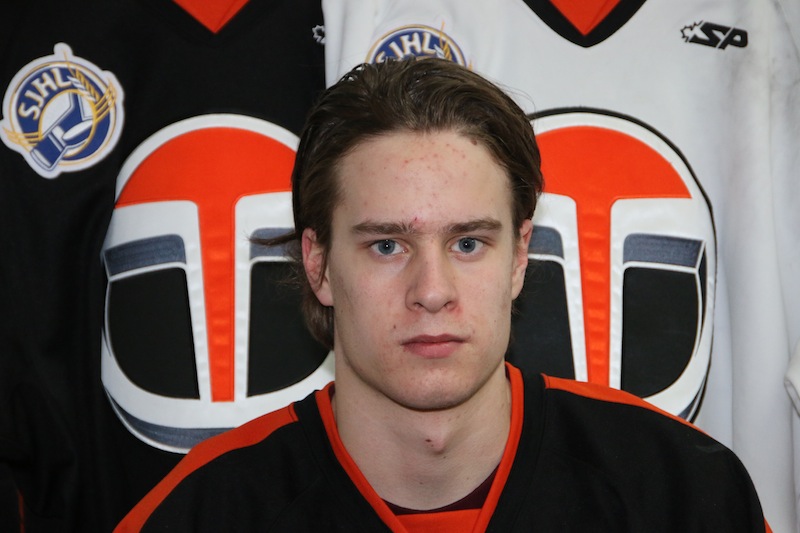 The Flin Flon Bombers have completed the trade that sent Brett Boehm to the Yorkton Terriers December the 11th.

95 born defenseman Tanner Lishchynski fresh off winning a Western Canada Cup and RBC, will be wearing maroon and white the next couple of seasons.

Lishchynski began the season with the WHL'S Prince George Cougars before being sent to Yorkton, and picked up 11 assists and 22 penalty minutes in 20 games this season.

Mike Reagan Head Coach and GM of the Bombers made the announcement on 102.9 CFAR today.

Brett Boehm's CJHL rights will be returned to the Bombers for the upcoming season, and Flin Flon will also have 1995 forward Dalton Menke who they also obtained back in December.

The Pee Wee Bears will be playing Laronge in a couple of hard ball games this weekend at Creighton ball diamond.

The games are this Saturday at 1 and 5 PM.

The Pee Wee Bears head to Laronge the following Saturday.

Good luck to the 23 athletes from Hapnot Collegiate who are off to track and field Provincials in Winnipeg.

Competition is taking place this Thursday, Friday and Saturday at the U of M campus.

Hapnot is fresh off taking the track and field Zone banner in The Pas a couple weekends back with over 30 kids winning medals.

The Harder Avalon Classic Soccer Tournament took place in Saskatoon this weekend, with a number of Flin Flon teams competing.

I gathered up as many results as I could.

Flin Flon Kickers 12 and under boys coached by Corrie Pomarenski won Silver after going undefeated and losing to Humboldt in the final.

Under 10 boys coached by Ric Bacon lost 2 games and tied 1.

Fusion 14 and under girls coached by Tyler Kittle, Corrie Pomarenski and Ginger Finnie, won 1 and lost 2.