Posted About One Month Ago by Joe McCormick

A sub office of the Manitoba Metis Federation The Pas Region officially opened on Main Street in Flin Flon Saturday morning.   The Federation’s Vice President for the Pas Region Judy Mayer says they wanted to expand their services to other communities and Flin Flon was the first one that they picked for a number of reasons, number one it’s their second largest local, two it’s their most active, three it’s right on the Saskatchewan border so as they expand their boundaries they’re representing all the Red River Metis in Canada wherever they live and they do have a lot of citizens that live in Creighton.  She adds having the office here show their presence in Flin Flon and the Flin Flon local is very active as they participate in a lot of community events and they want to show the City of Flin Flon that they want to be a good partner with them in the community.

Mayor Cal Huntley, Chamber President Colleen Arnold and MLA Tom Lindsey stated they look forward to the Federation having a really active future in our community. 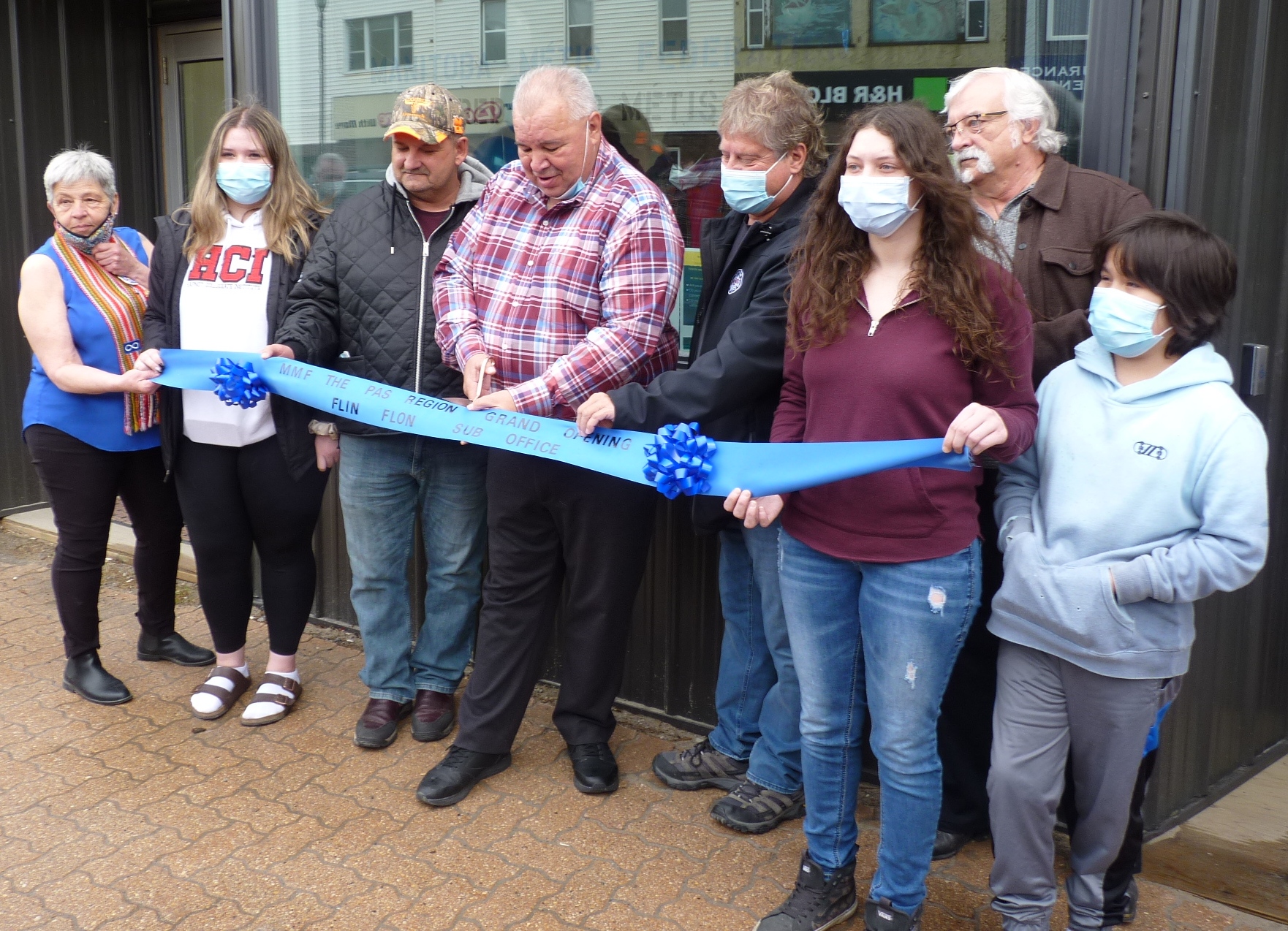