Summer Camp is Coming to Your Home Starting Next Week
Panhandling is Against the Law in Flin Flon and Should be Reported
There is Another COVID-19 Related Death in Saskatchewan While the Number of Active Cases Continues to Drop in Manitoba
Summer in the Parks Continues Into Its Second Month
Computers are Coming North.
Send In Your Birthday Greetings - brought to you by Northern Rainbows End
Listen LIVE here - or ask to Play CFAR on your smart device! We are also on the free Simple Radio App!
Bombers Grab Goaltender
Bombers Add Another Forward
Weekly Auction: TWIN MOTORS: Oil Change $90 Value

Posted about three weeks ago by Joe McCormick

Diplomas were presented to 50 graduates of Hapnot Collegiate individually with family and friends present Thursday and Friday along with 60 bursaries, awards and scholarships.

The largest award the Hudbay W.A. Green Bursary for highest average for 35 hundred dollars a year for up to four years was presented to Tara Whitbread who also received the Governor General Bronze medal for highest academic standing as well as a CUPE 228, Legion Ladies Auxiliary, CUPE Local 8600 and Flin Flon Pride Bursary and the Fench Immersion Scholarship..  The Sparling Trophy for the student who contributes the most to school life while still maintaining a good academic standing went to Sarah Factor who also received the     Honorable F.L. Bud Jobin Memorial, Victor Hook Memorial and Flin Flon Lions Club Bursaries.

A Complete list of awards presented can be found below this story. 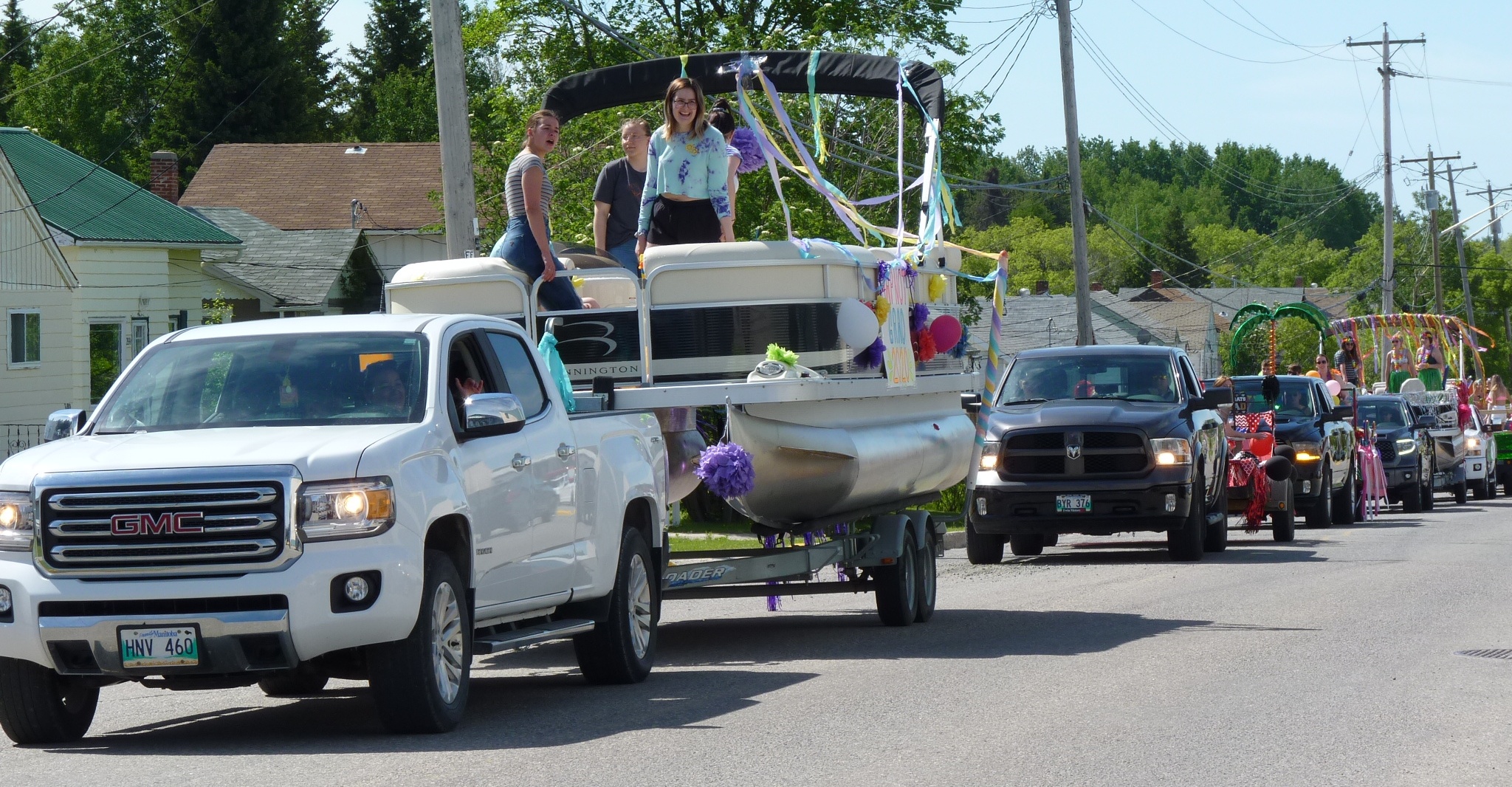 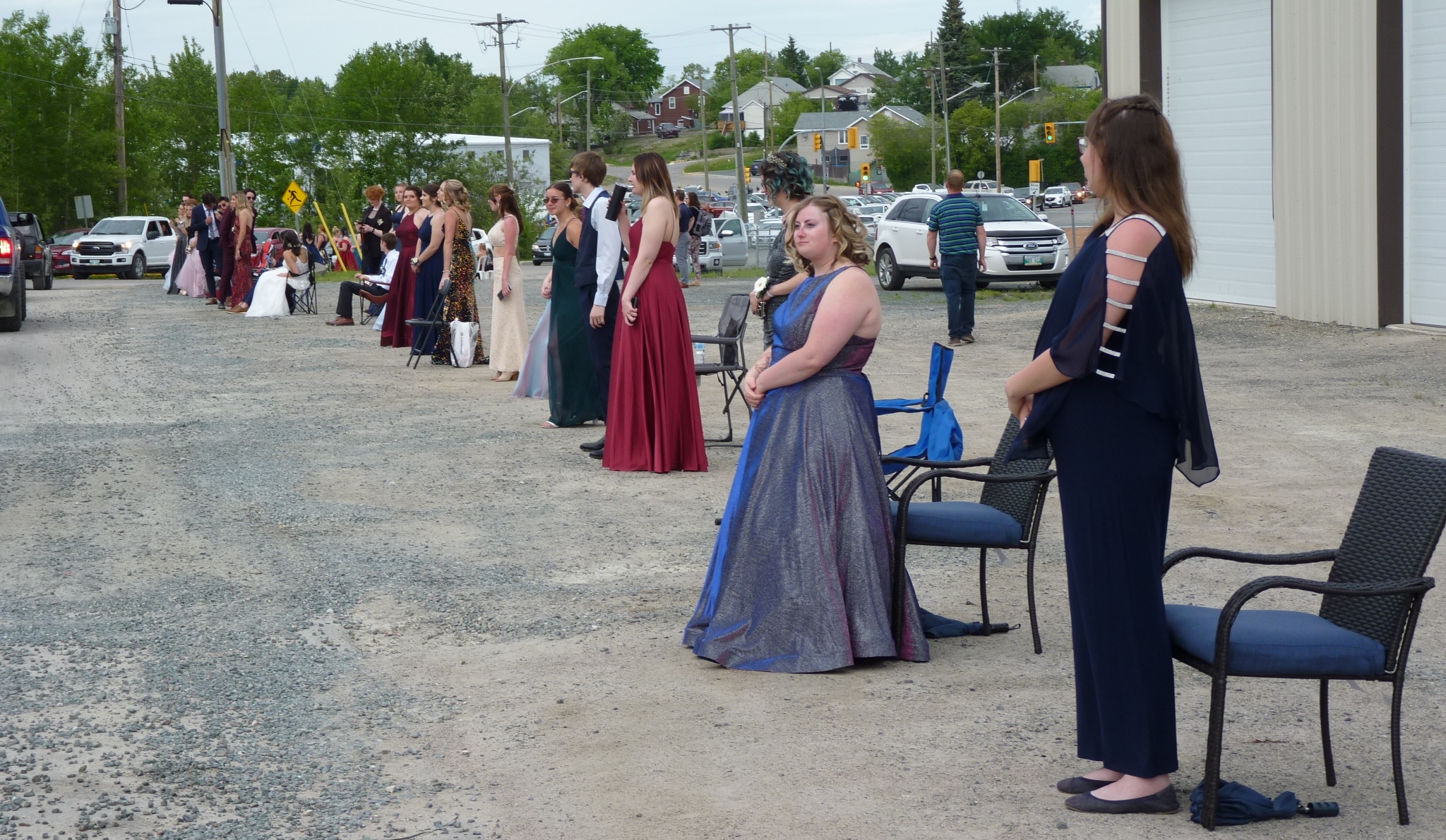 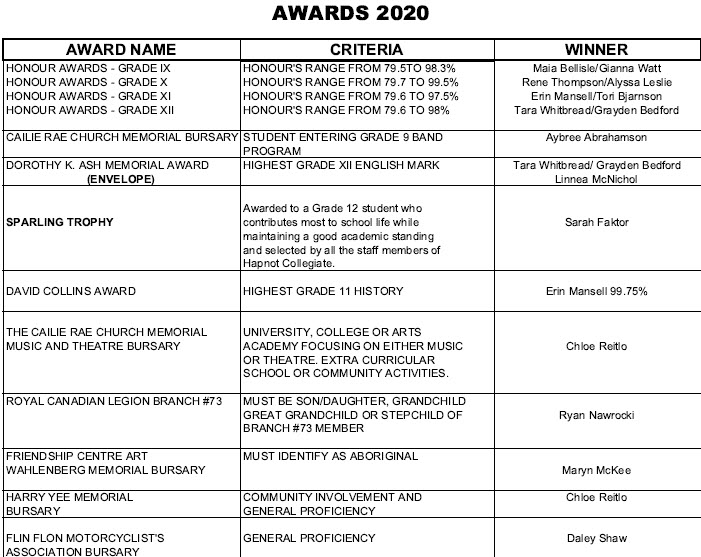 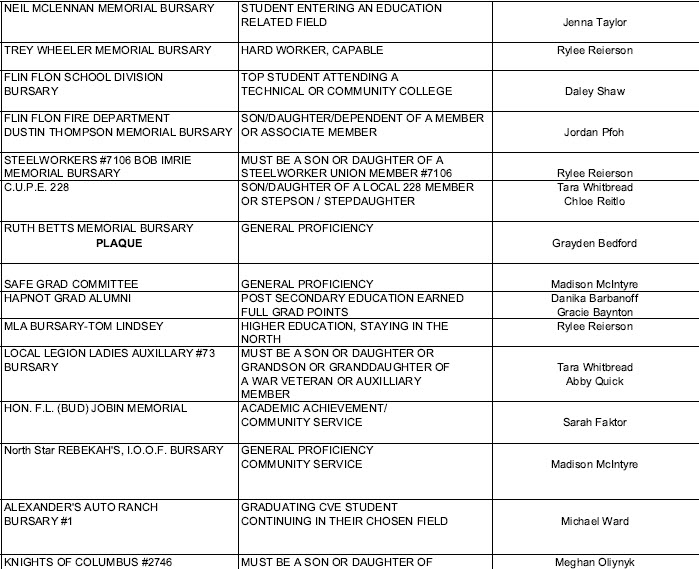 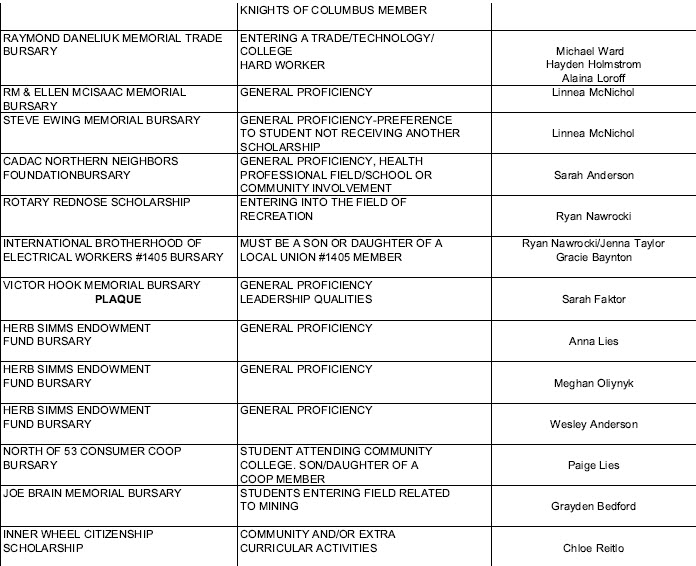 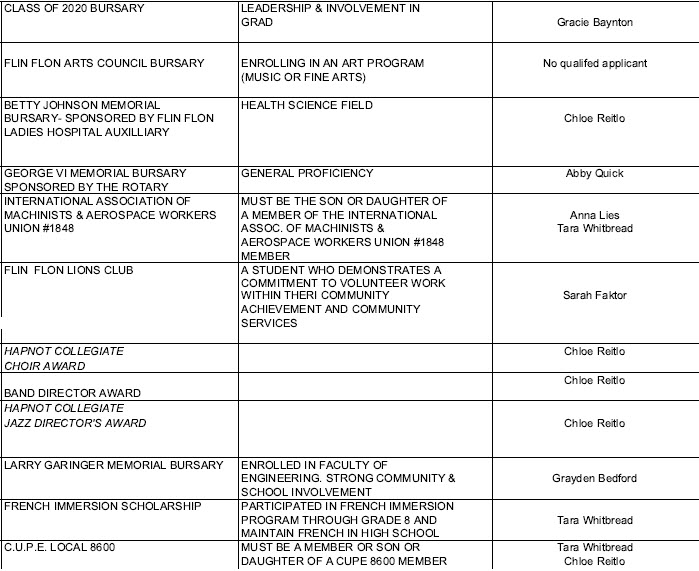 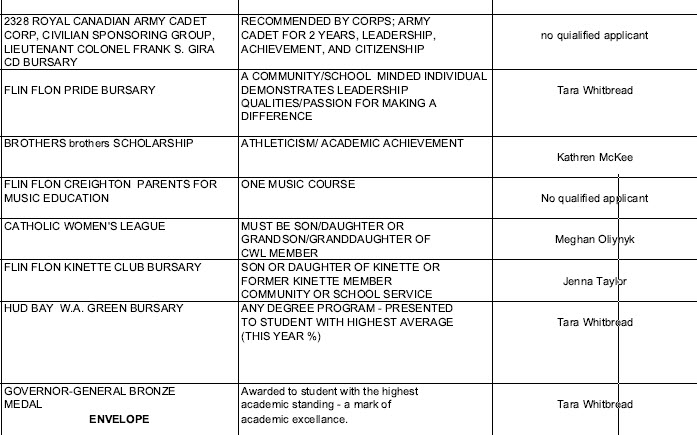