The annual Santa Claus Parade of Lights was a success last night.  The nice weather and vehicles covered in lights attracted a lot of people to the parade down Main Street and Church Street.  As the parade was lining up CFAR Manager Dianne Russell on behalf of the sponsors said they were pleased with the parade.  She noted its Hudbay, CFAR, the Reminder and they got some support from the Main Street Committee and the Credit Union and they are really excited because they got some entries this year and its always really nice for the kids to have a few people driving down, they’ve got a nice collection of lit up vehicles and its sounds like some singers and some music coming out of some of the vehicles and Santa’s going to show up.  She added they are going to honor somebody, Twin Motors is getting the certificate for entering two vehicles including music.

The City Christmas tree lighting was held a couple of weeks ago in Pioneer Square and there’s another Christmas event coming up on Main Street which is Moonlight Madness Friday and Saturday December 13th and 14th. 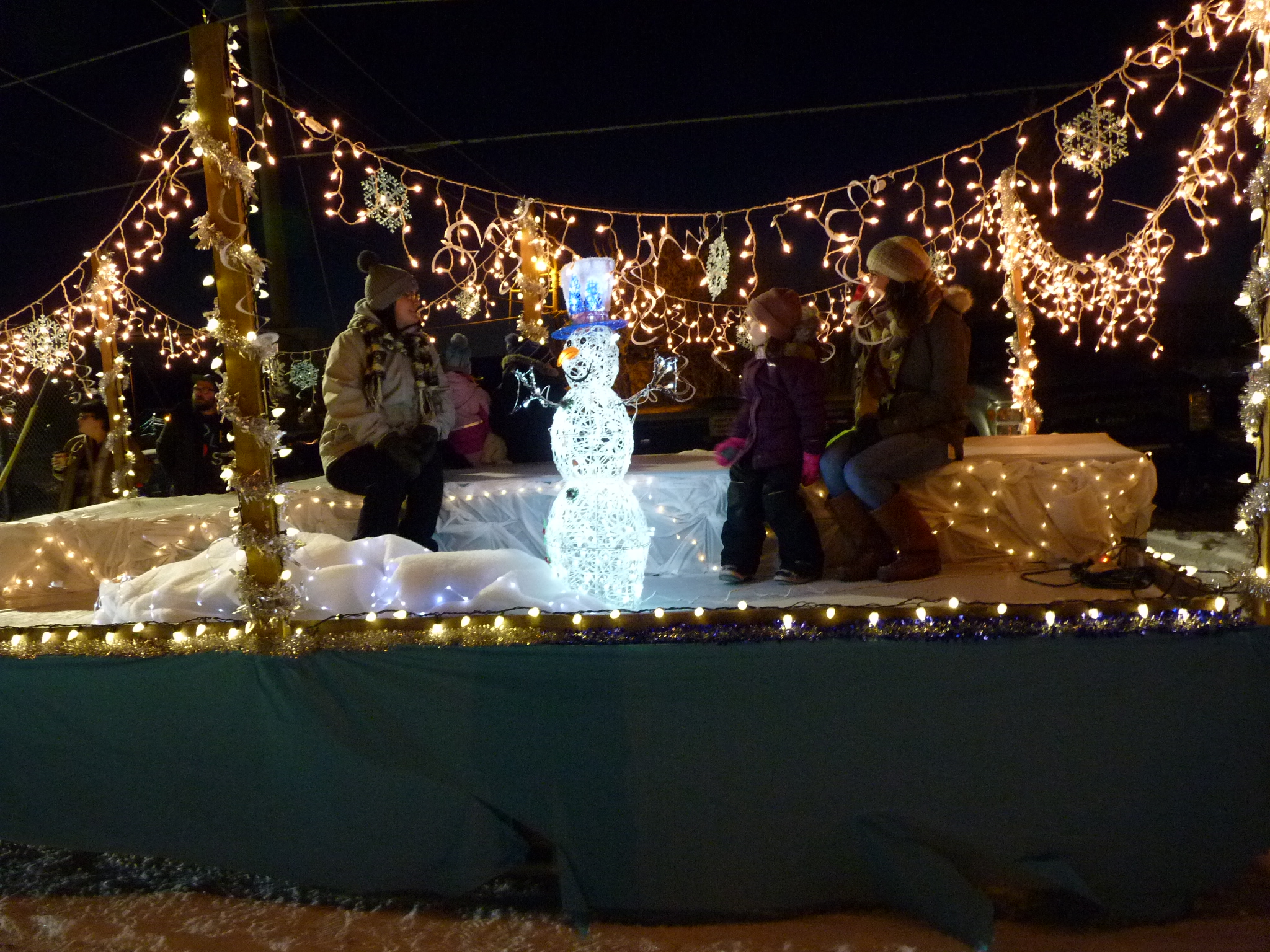 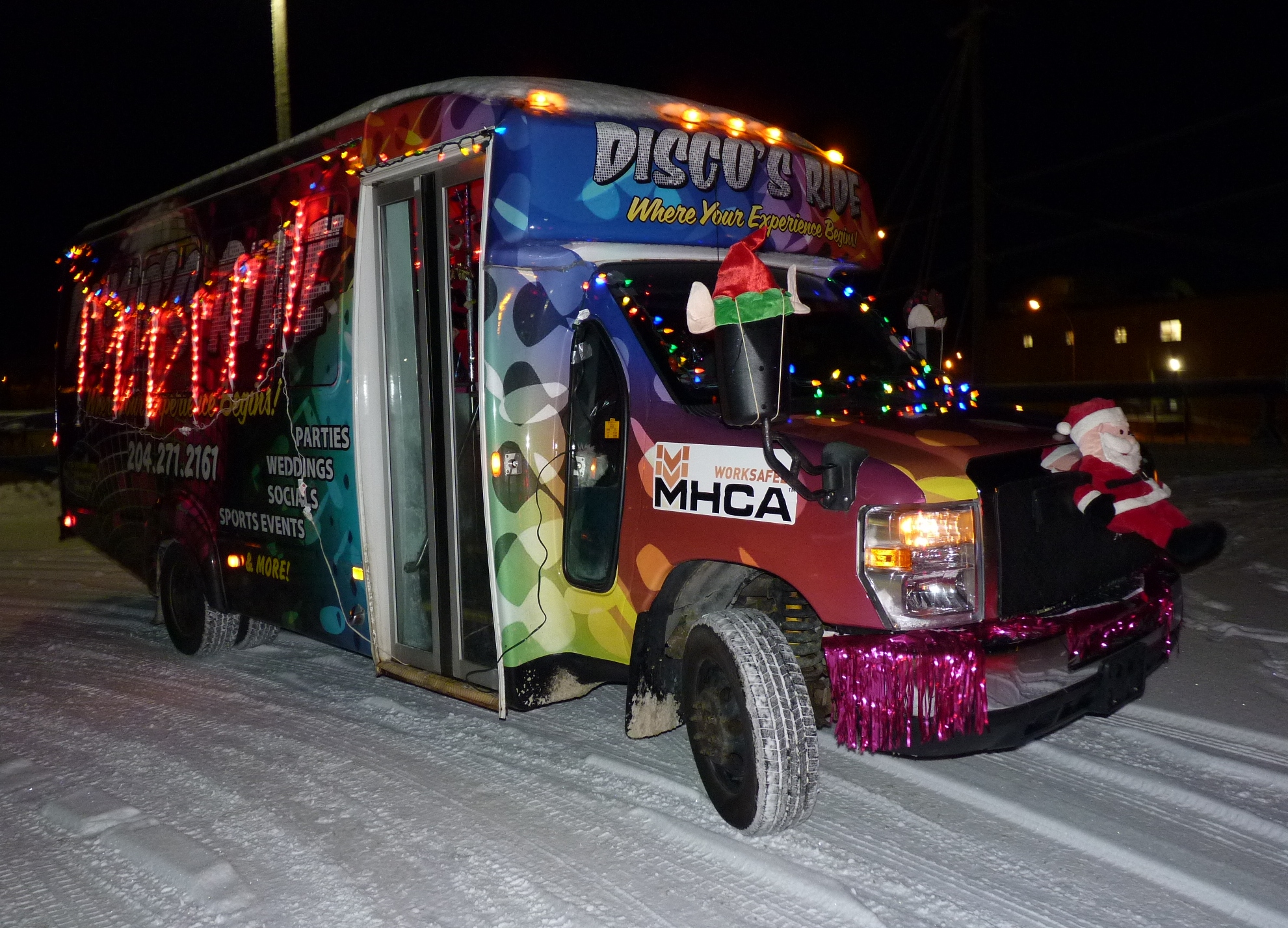 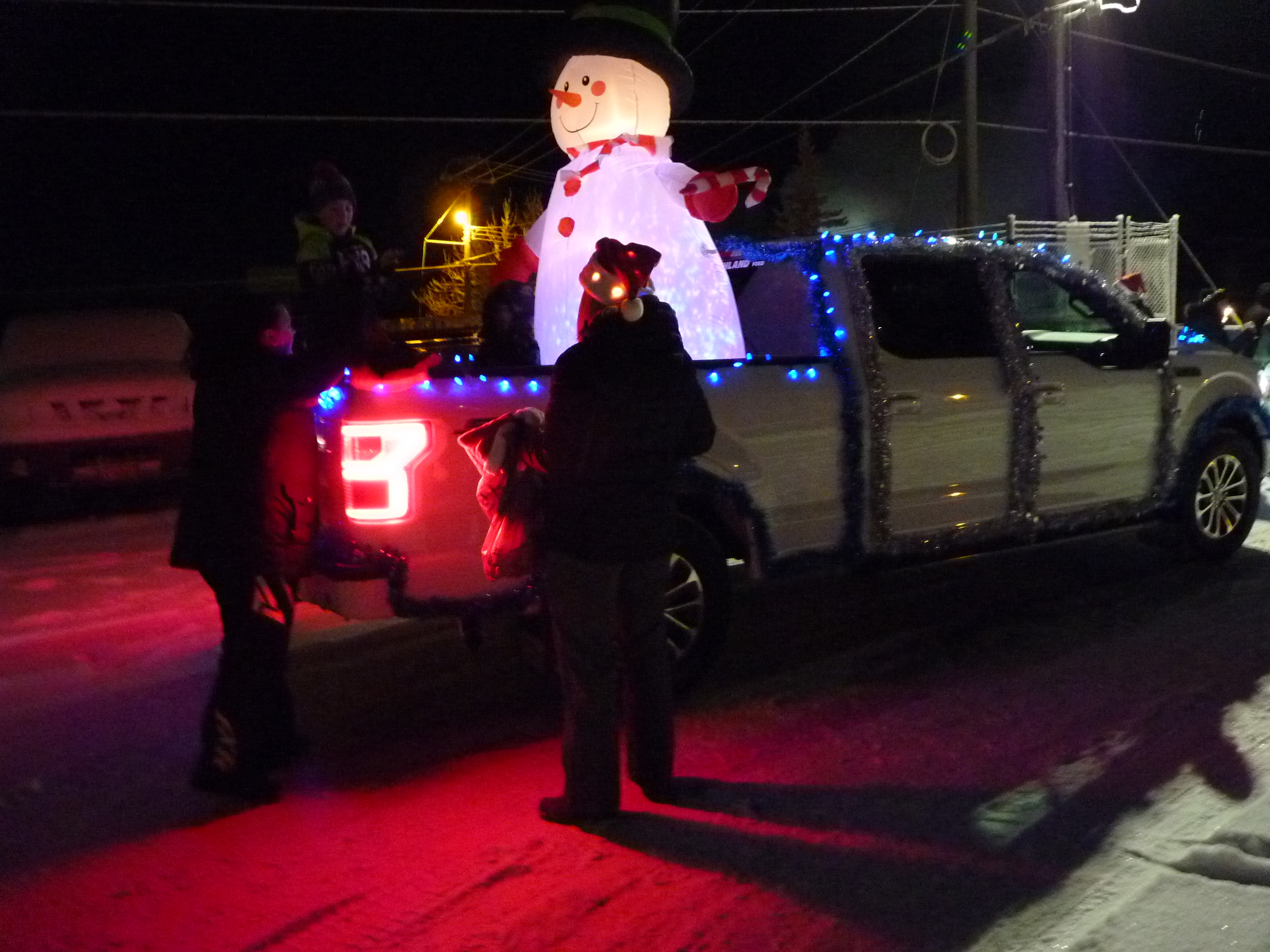