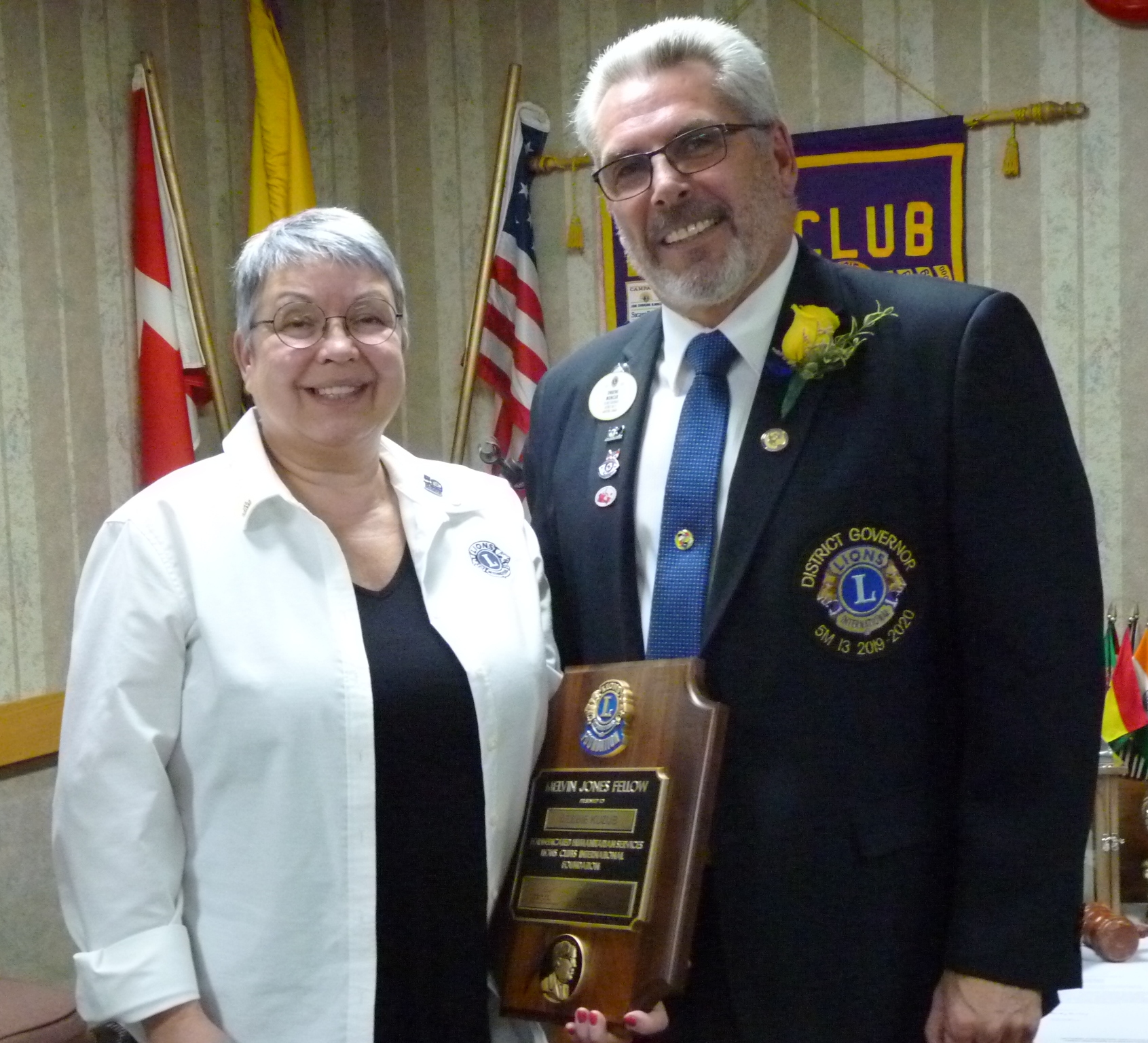 The highest award from Lions Clubs International the Melvin Jones Fellowship Award was presented to Club Secretary Debbie Kuzub for her dedication to the Club.  The Judge Brian Stevenson Award from the Lions Foundation of Canada that supports Dog Guide Programs was presented to Lisa Tower, Neal Dimick and Jan Nikkel.  The three also received Life Memberships in the Lions Foundation of Canada.