Posted about five months ago by Joe McCormick 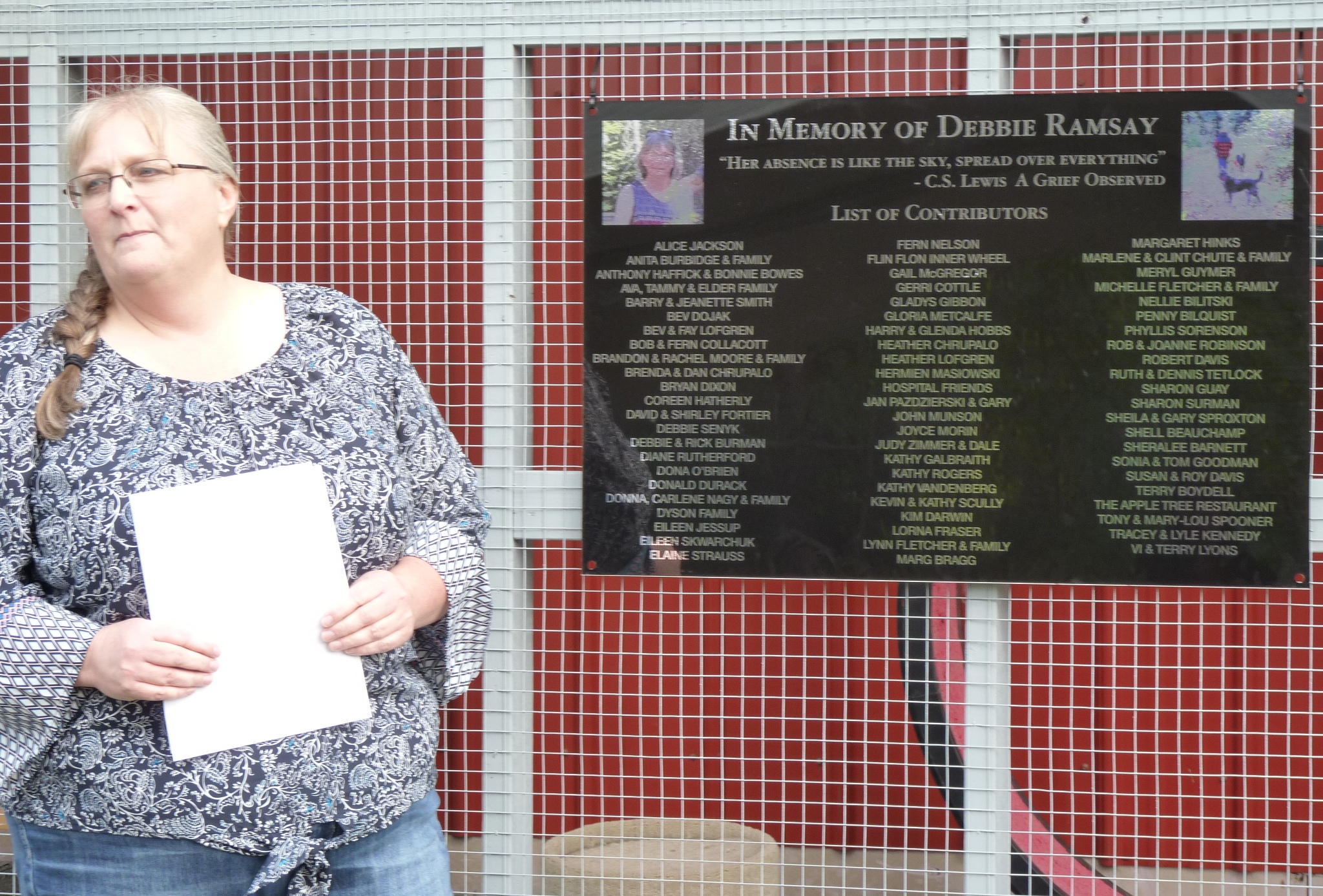 The Flin Flon Creighton and Area SPCA held a dedication ceremony Saturday afternoon.  During an open house at their Shelter Board President Erica Husberg officially opened the new Catio dedicated to the late Debbie Ramsay.  She explained Debbie was instrumental in creating a safe place for the animals in our community, a place where they would know warmth, they would never be hungry, they would never be hurt again and know what it is to be loved and cared for.  She said Debbie and others worked endless hours to fund raise to where we are today, ten years that’s what it took and they never gave up and while doing that they were taking in animals and always finding the best home possible.

Husberg added when Debbie passed her family asked for donations to build a Catio for the cats at the Shelter which was completed this summer.