You Can Visit the Museum Starting Monday
The Nature Conservancy of Canada has joined with the Manitoba Forage and Grassland Association to highlight the problem of invasive plant species in the province
There are Three New Members of the Northern Health Region Board
There was One New Case of COVID-19 in Manitoba and Five in Saskatchewan over the weekend
After Two Cases in the Last Report Manitoba is Back to Reporting No New Cases of COVID-19 While Saskatchewan Reports Two More Cases
Cranberry Portage RCMP are Searching For a Man Wanted in a Double Stabbing
Manitoba is Moving Forward with the Next Phase of Opening Up The Province
NDP MP Niki Ashton has Called for the Federal Government to Support Inland Fisheries
Premier Brian Pallister Says the Government Continues to Work for Manitobans
Send In Your Birthday Greetings!!
Listen LIVE here - or ask to Play CFAR on your smart device! We are also on the free Simple Radio App!
Bombers Add Some Offensive Punch
Bombers Sign Local Product
Weekly Auction: Canadian Tire - 4 16 inch rims $112.00

The annual Trout Festival Canada Day parade sponsored by Northland Ford attracted a lot of people yesterday morning.  This year’s theme was The Water and the Wild.

Prizes for non-commercial floats went to the Alliance Church for first, the Flin Flon Community Band second and the Pride Committee third.  For commercial floats Phamasave was first, Creighton Pizza second and Arctic Beverages third. There were 14 classic cars entered in the parade.

The parade was followed by Canada Day events in Creighton in the afternoon and Denare Beach in the evening.

The Duck Race sponsored by the Freedom Outreach Program in Denare Beach was sold out. First and second place were won by Gayle Yungworth with ducks 447 and 446 winning a total of 450 dollars, third went to Shirley Gauthier 100 dollars with duck 128 and the draw duck went to Dallas DuRussell  50 dollars with duck 028 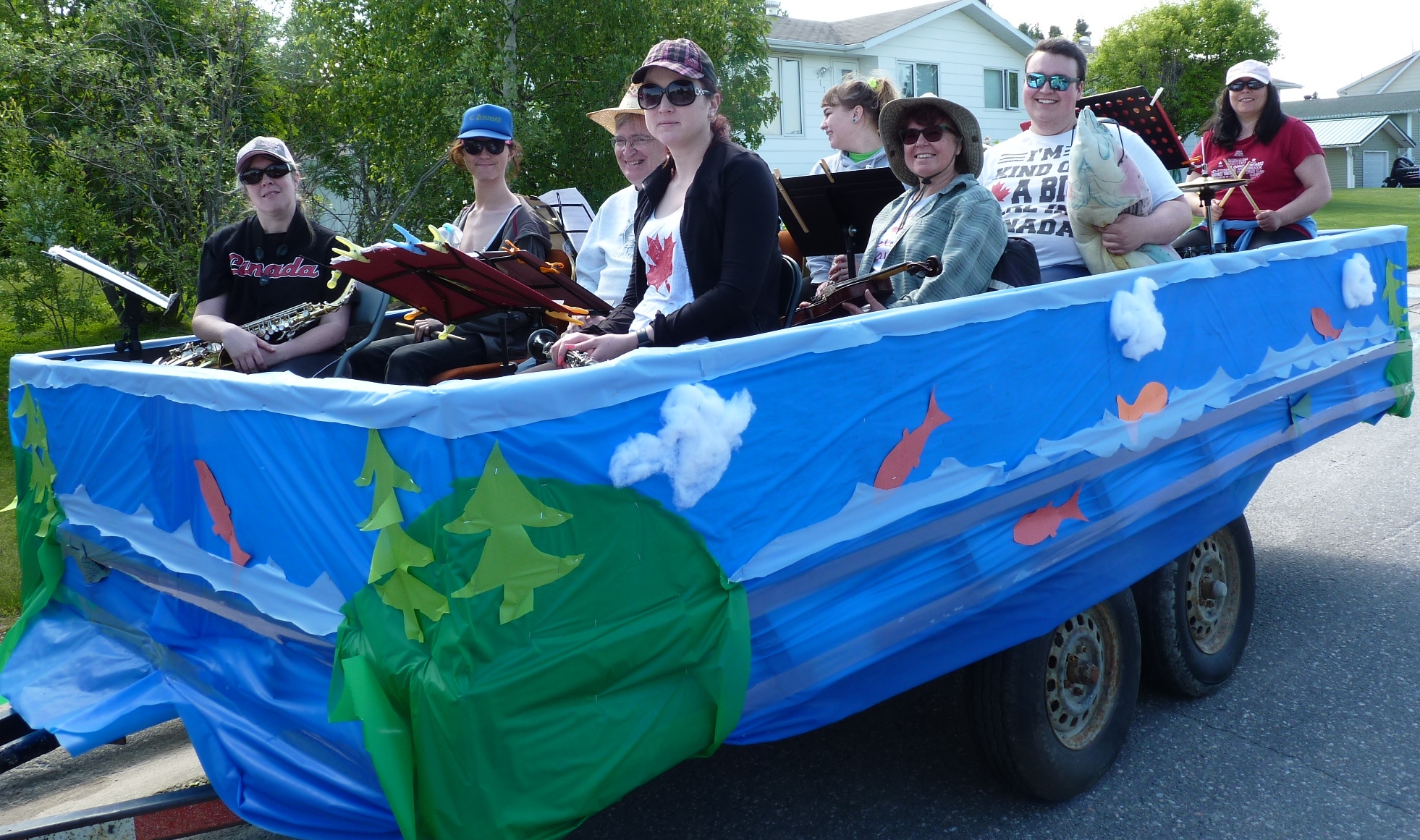 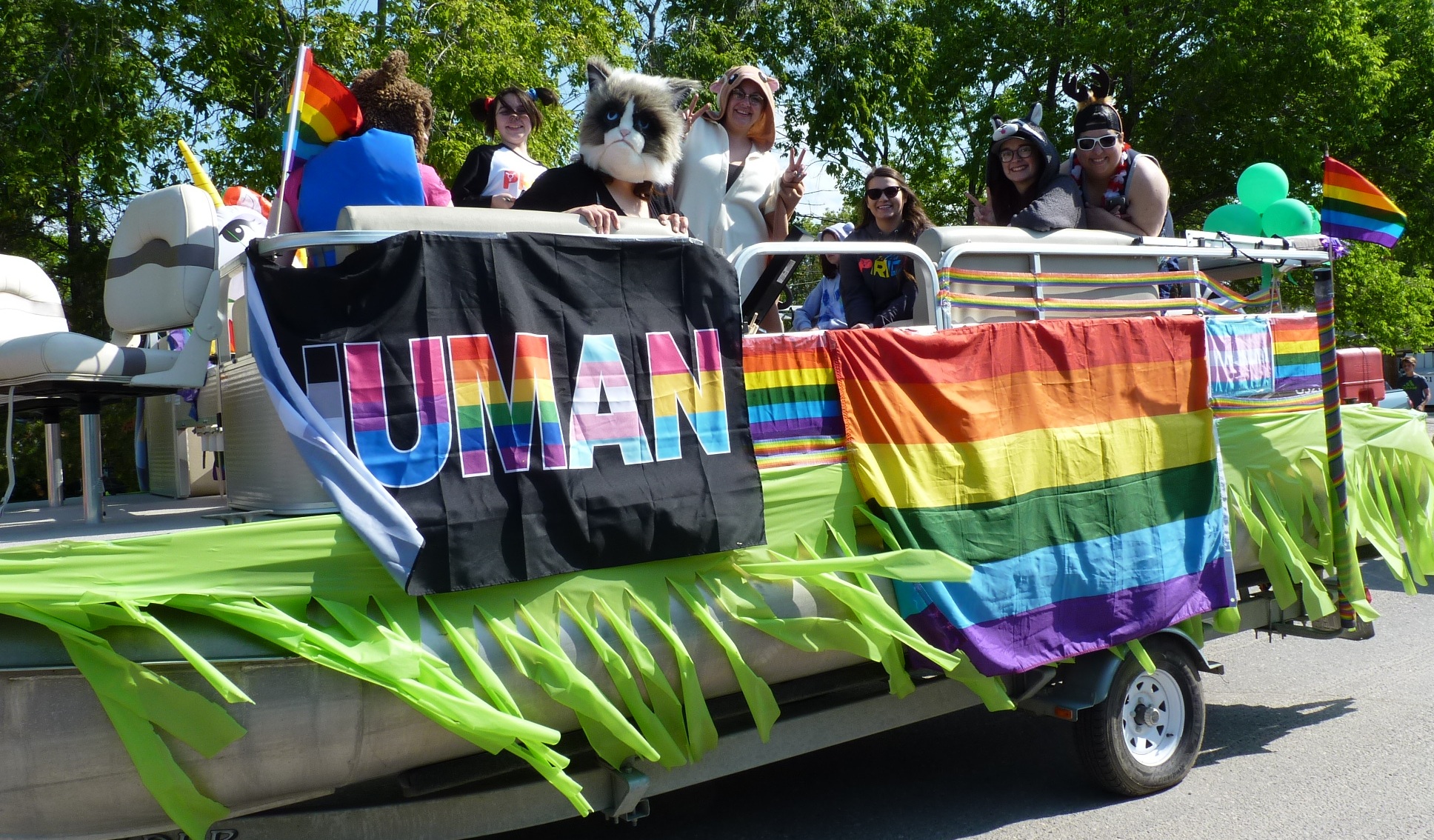 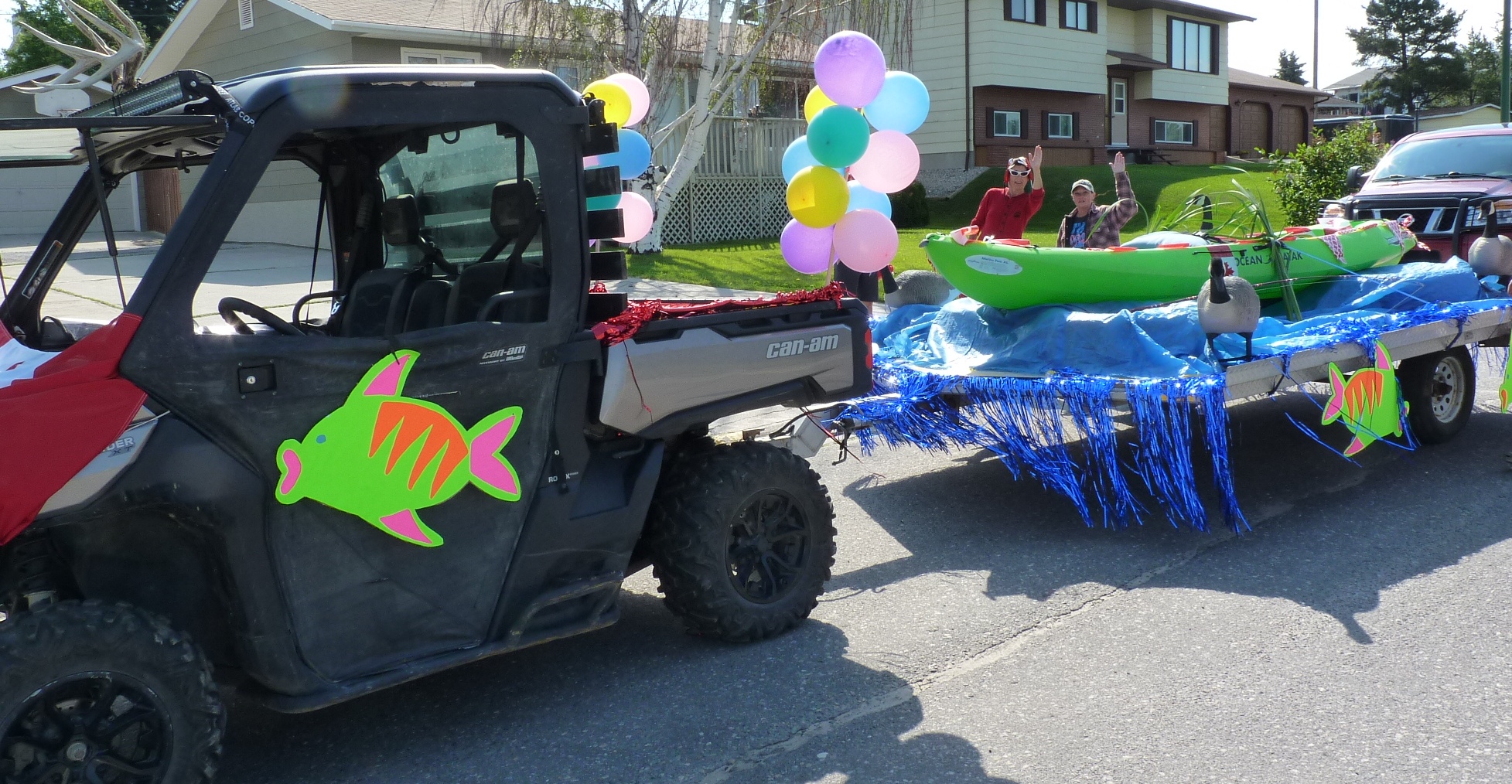 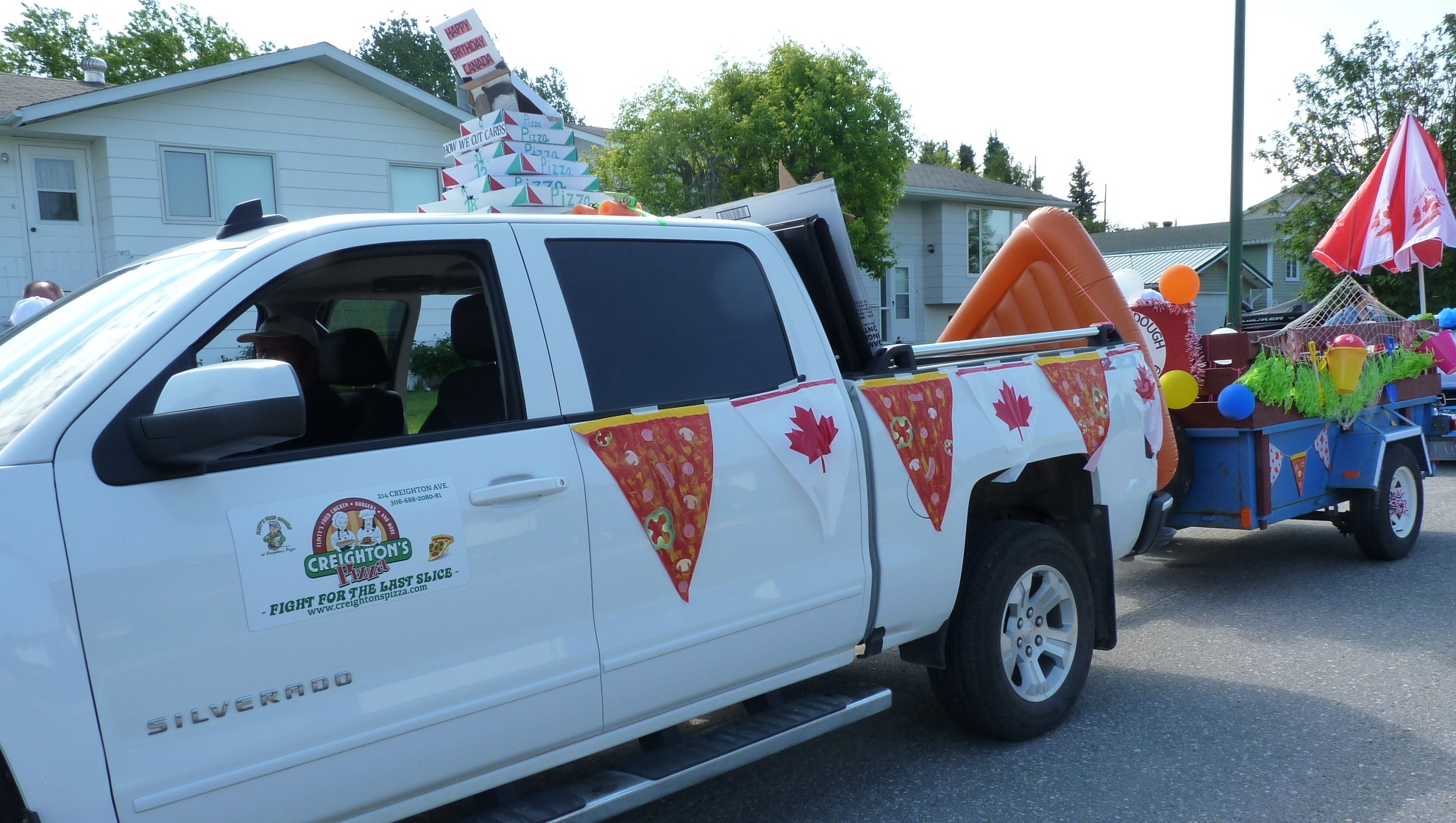 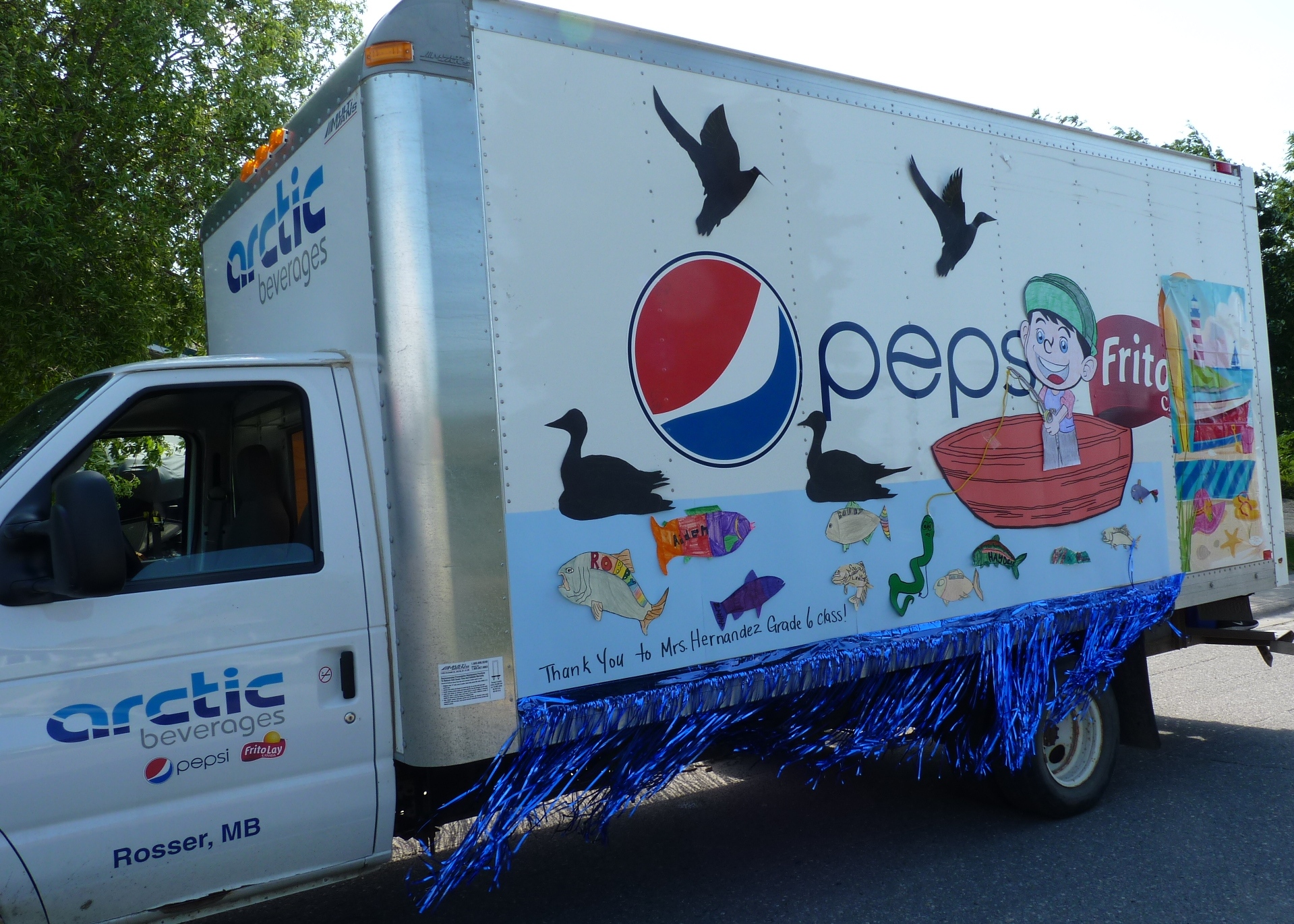