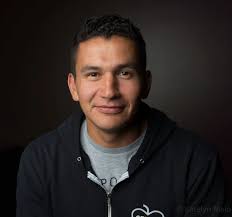 While visiting Flin Flon Friday Manitoba NDP Leader Wab Kinew commented on the Mining Communities Reserve Fund.  Although the government says it is not available as it was allowed to fall below a set level Kinew says it should be.  He says basically the Mining Reserve Fund was created to help communities in times of need and you paid into this fund during the good times and it should be there to help communities that are facing job losses now.  He notes the bigger picture is we need to have job creation in the north to be a big priority and they are going to keep pushing the government on that front.  He says so far what they’ve been talking about is just a committee, it’s just a brochure but there hasn’t been real investment, they haven’t been putting resources to help create jobs.

Kinew adds a job is about having a pay cheque so people can provide for their families but it’s also about ensuring people have the pride, the dignity and the discipline that comes with work and that hits a community hard so his priority for the next election will be jobs and health care.