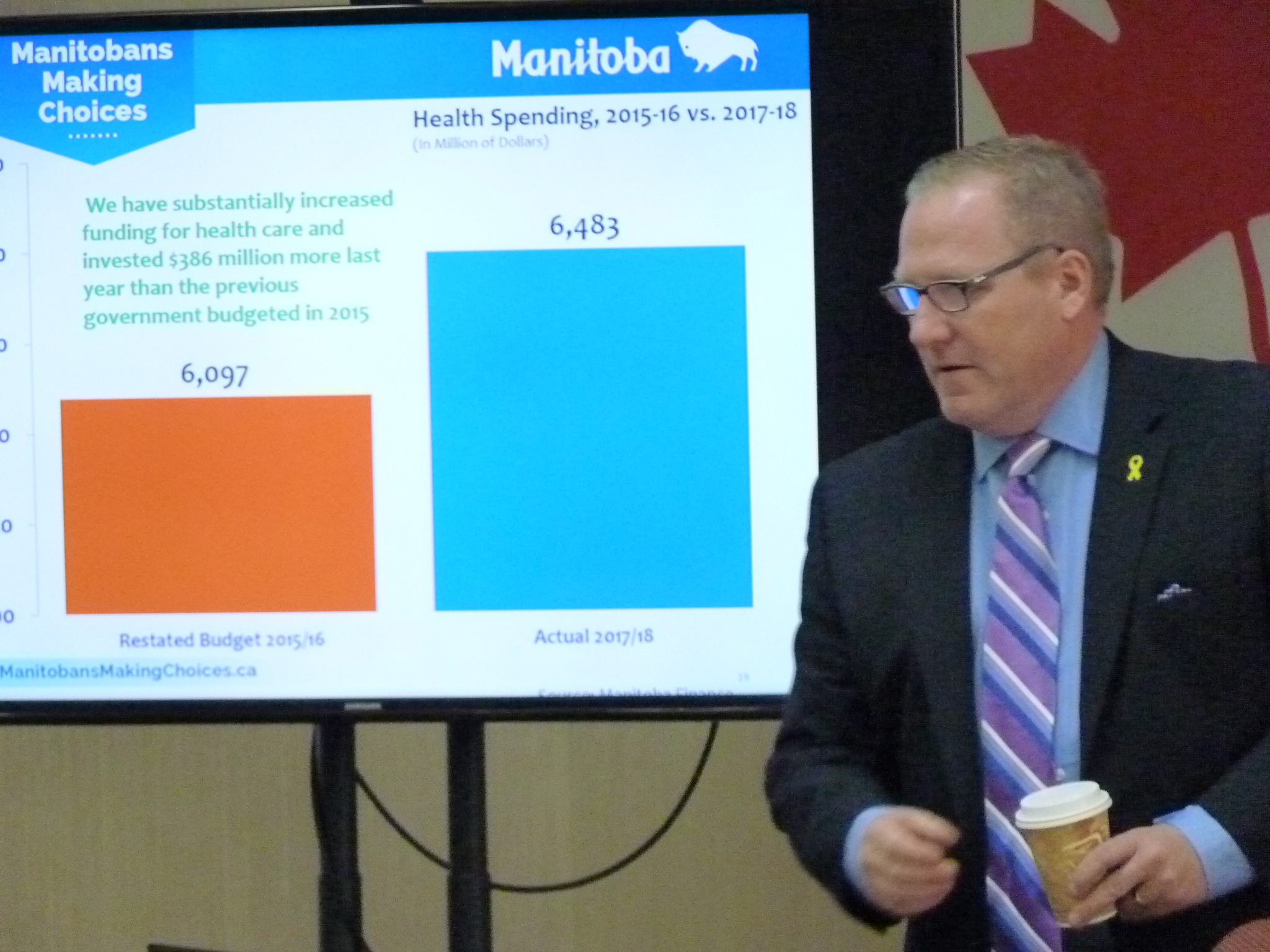 Manitoba Finance Minister Scott Fielding met with community representatives in Flin Flon Tuesday as part of pre-budget consultations.  I asked about the province sharing tax revenue from cannabis sales with municipalities and he noted the province will face the bulk of costs through health care, addictions treatment and that sort of thing. He added he doesn’t want to leave listeners with the impression it’s going to be a huge windfall for the province because it certainly won’t be as they don’t anticipate bringing in more revenue than expenditures for at least two to three years but they have asked municipalities to track and watch their costs.  He said one thing that will be transferred to municipalities is the federal government has committed money for the devices in terms of roadside testing as well as some of the police training costs.

On another topic Fielding said they have gone through major changes in the health care system to get better results and are investing about 386 million dollars more every year to health care but it has to be spent wisely.