Posted about one year ago by Joe McCormick (Stuart Walter) 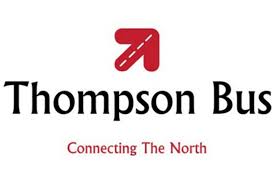 Thompson Bus has announced that they are now offering daily freight service between Thompson and north-western Manitoba.

The route will begin in Thompson with stops in Snow Lake, Flin Flon and The Pas before returning to Thompson. The company added that they will add a stop in Cranberry Portage once they have secured a location, and that freight will depart for Winnipeg following their normally scheduled service upon arrival in Thompson. The local depot for Thompson Bus will be at the current Greyhound depot at Coutt’s Convenience in Creighton.

Thompson Bus says that passenger service along the Thompson to Flin Flon route will follow in the near future.