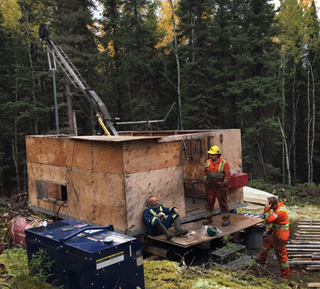 President Tony Mayo says each round of this highly successful geochemical technique yields further targets.  He notes they now have over thirty anomalies for follow up at Zoro any of which could yield high grade lithium dykes of an economic scale adding all of the background work has been completed with every dollar spent on the Project having the potential to add significantly to the mineral inventory so they look forward to drills turning in the very near future.

So the proposed fall drill program can start prior to freeze up and assess the numerous anomalous responses situated in low lying ground Far Resources in conjunction with Westcore Drilling have developed a modified drill platform that will stabilize the drill and permit the next planned drill program to begin shortly.