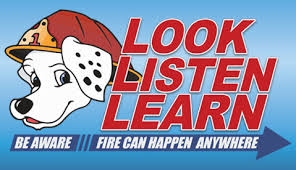 This is Fire Prevention Week.  Flin Flin Fire Chief Chad Cooper reports residential fires are still a concern.  He explains data from Stats Canada show that the number of structural fires declined by 20 percent between 2005 and 2014 however residential fires consistently accounted for roughly 6 of every 10 structure fires during that period.  He says the Flin Flon Fire Department responded to 74 emergency calls in 2017, 8 of which were residential structure fires with one fire fatality reported.

Cooper adds the leading cause of home fires last year was electrical in nature.  We remind you once again that anyone ordering a pizza from Domino’s today might receive their pizza delivered by a fire truck.  If your smoke alarms are working the pizza is free, if not a smoke alarm will be installed free of charge. The theme of Fire Prevention Week is look, listen, learn be aware fire can happen anywhere.