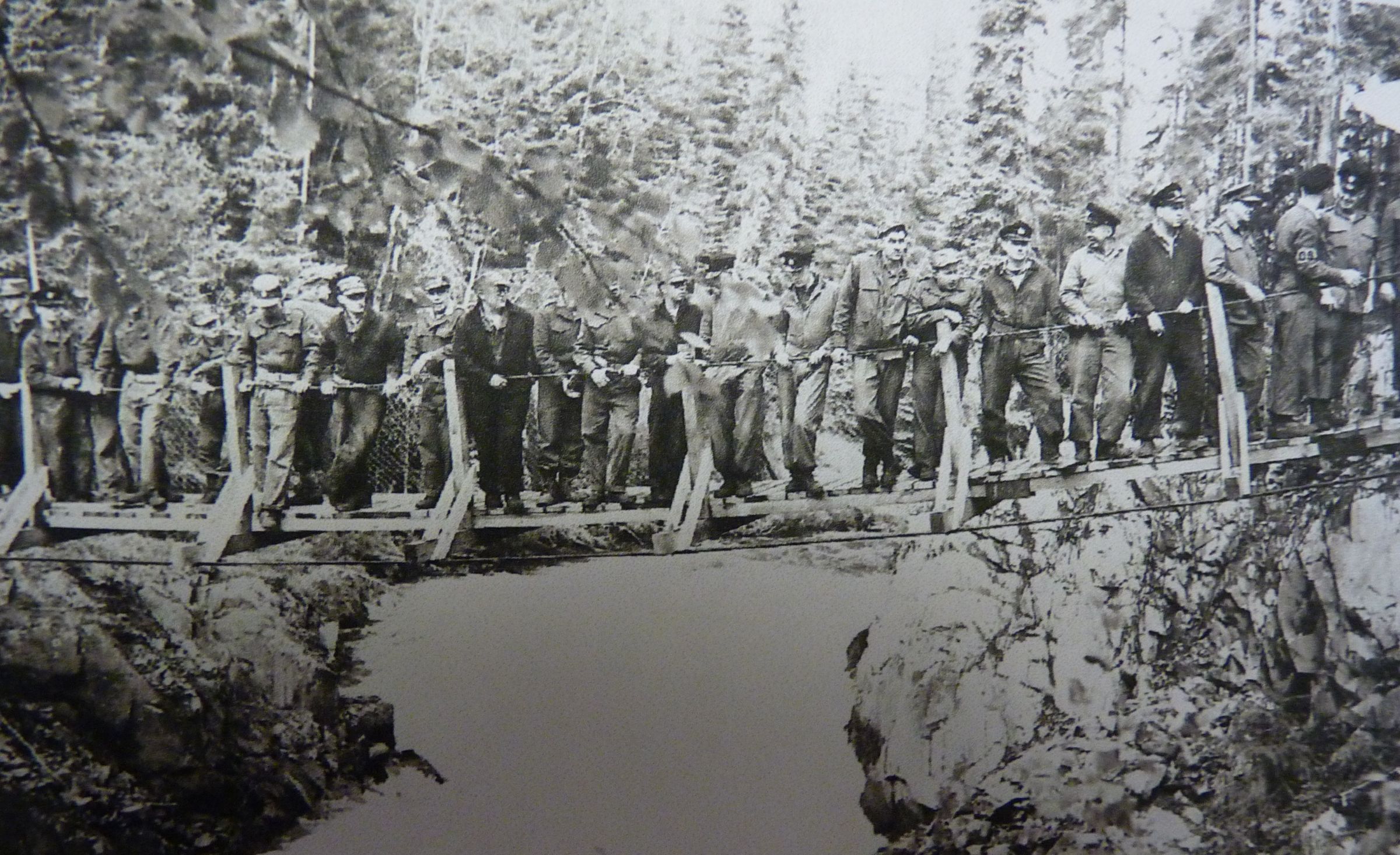 The 21 Field Engineer Squadron Historical Committee will commemorate the original construction of the suspension bridges at Wekusko Falls near Snow Lake.  Members Morley Naylor and Frank Gira report on Friday they will pay tribute to all who served on the original project in August 1965 and have passed on with an upgraded display at the bridges with new signage including the Canadian Military Engineer Badge, the Engineer Prayer and a brief historical description of the events.

In August 1965 Reserve Army personnel from 21 Field Engineer Squadron in Flin Flon and other support elements took on the challenge of building suspension bridges at Wekusko Falls to open up camping and recreation facilities near Snow Lake.  The week long project saw the participating soldiers challenged in all phases of military engineering including task planning, demolition, bridge construction, heavy equipment operation as well as carpentry, welding and hand tool skills.

The tribute ceremony will be held Friday at 12 noon at Wekusko Falls.