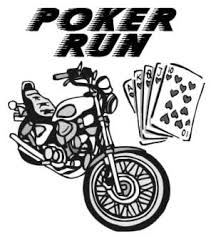 The 19th annual Steve Ewing Memorial Poker Run took place Saturday.  One of the organizers Kel Brown says they had a successful ride from Flin Flon to Wanless and back. Brown explains it went really good as they had about 25 riders show up and they raised approximately 2 thousand dollars with a thousand going to Lance Abrahamson for first prize and worst hand was Eric Burroughs receiving 230 dollars with the rest going to bursaries.

The ride left Flin Flon at noon Saturday and left Wanless at 1 with stops at Fidler’s Corner and Cranberry Portage ending at the Hooter in Creighton.