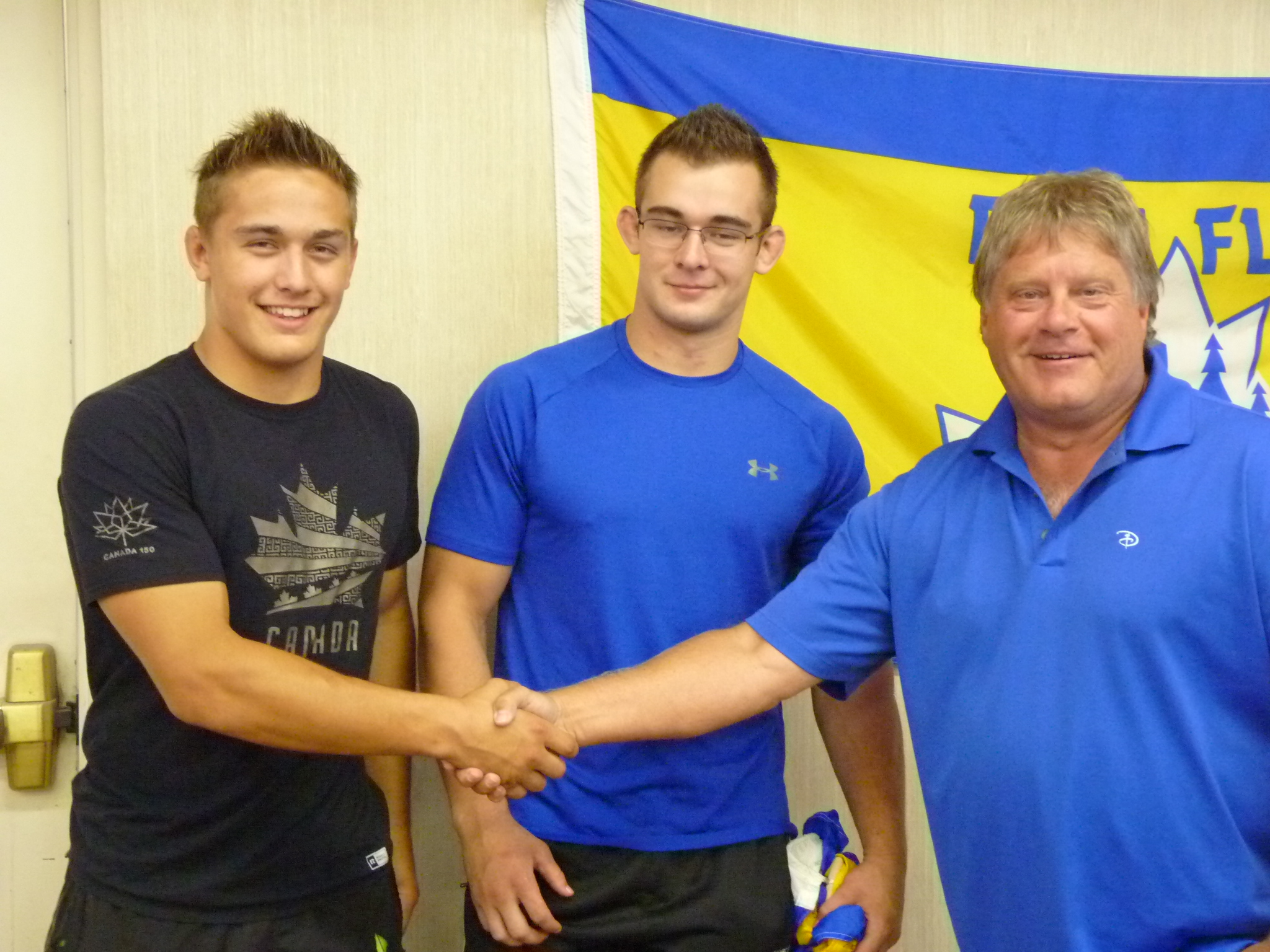 Mayor Cal Huntley Tuesday night at the Flin Flon City Council meeting announced local wrestlers Hunter and Carson Lee will be the first to receive the City’s Award of Excellence.  Huntley said it’s such a new award it has not been finished yet so it will be presented at a later date.  Both Carson and Hunter spoke on their ongoing successes at wrestling competitions around the world including Junior Nationals, Pan American Games and Youth Olympics in Canada.  They displayed the City of Flin Flon flag that has been signed wherever they have travelled.

In other business Council passed a resolution designating Flin Flon as an evacuation center for the Town of Snow Lake should a situation such as forest fires require an evacuation.