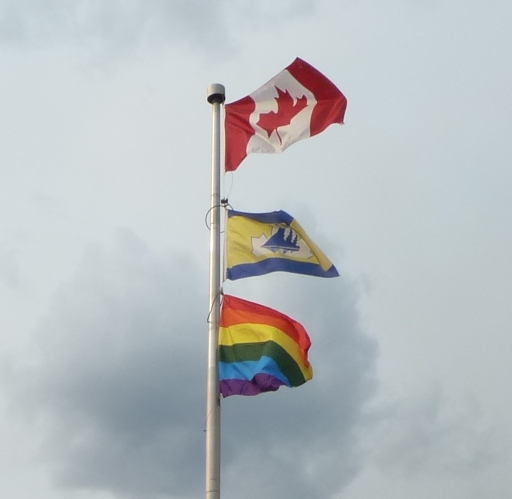 Pride Week is being celebrated in Flin Flon August 12th to 18th.  Committee Chair Jordana Oulette says along with the flag raising August 17th and the parade on the 18th they have some new events planned starting on the Friday evening.  She says this year they’ve aimed towards more family themed events.  She notes first of all they have a Trans March which is brand new and a first for Flin Flon and then following their barbeque which they did last year they have a family dance followed by a teen movie event showing The G.D.F. She adds the next day on Saturday following the parade they have Pride in the Park from 2 to 4 and that’s going to be at the Creighton Spray Pool and also a brand new event this year that they’re really excited about is Sunday, August 19th a Pride Mass at St. Ann’s Church at 6:30 pm.

The committee also has plans for a rainbow crosswalk between the Royal Bank and the Steelworkers building parallel to Main Street.  Anyone wanting to help out with events or enter a float in the parade can visit the Flin Flon Pride Facebook page.