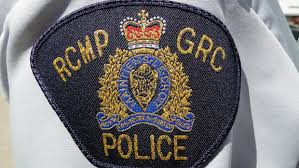 The RCMP in Manitoba have started to receive reports of a cyber-extortion where suspects are sending emails to victims that reference a real password. The email states the suspect has infected the victim’s computer with a virus that has allowed the suspect to control the webcam. The suspect threatens to release a video of the victim taken while they were watching pornography to the victim’s contact list. If the victim pays a certain amount in Bitcoin, then the suspect will not release the video.  The RCMP state this is a scam that has been around for a while. The suspects do not have video of the victims, and victims should not be afraid to report this crime to the police.

What is causing some new attention to this previously seen scam is the use of an actual password the victim has used in the past.

If you have received this email, or any similar emails, DO NOT PAY and make sure you report it to the police so they are aware of the scams targeting our communities.