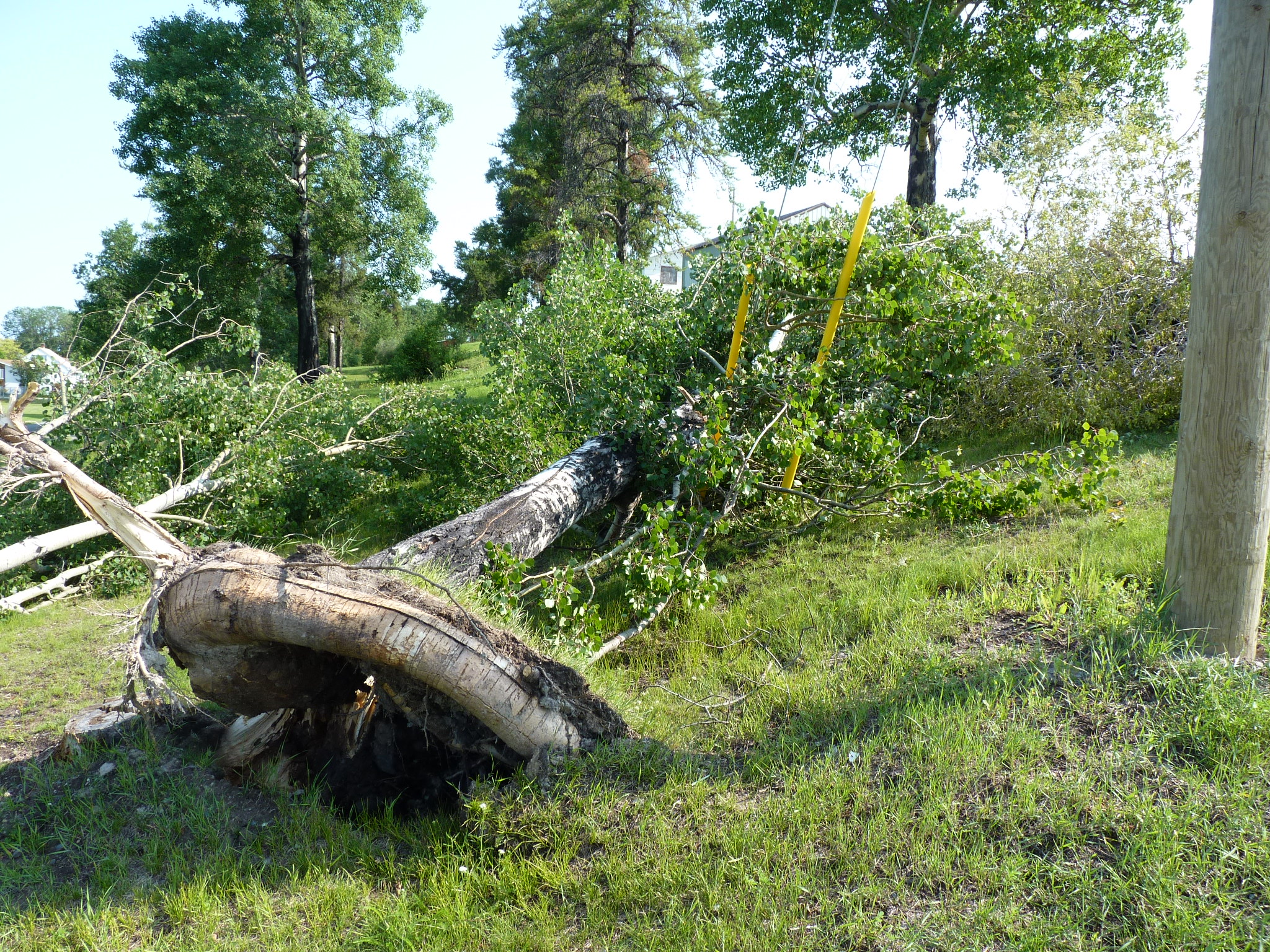 A major storm system with heavy rain, hail and gusting winds moved through our area early Saturday morning. It left behind hundreds of downed trees, flooded buildings and power outages.  A second series of high winds later in the day added to the damage.

Manitoba Hydro reports power has now been restored to Flin Flon, Bakers Narrows and Cranberry Portage area some of which were out for the whole weekend. Some damaged lines were located in difficult to reach areas that they had to access by boat or plane. Although the power is on there are still areas where they have to remove trees from power lines and some people have to contact electricians to remove trees from wires running from the hydro lines to their building.

Anyone still without power is asked to contact Manitoba Hydro.