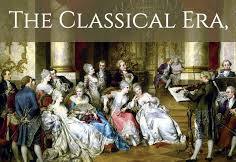 Local Musician Mikylo Odut will be holding a concert Sunday and Monday night.  He says the concert will feature concertos from the Classical Era with his flute, piano and vocals noting concertos are large scale works for soloists and orchestra and he will be playing along with Susan Fulford and Kari Rutherford will be singing.  He adds they are playing flute concertos from the classical era from about 1750 to 1820 so that’s going to be everybody’s favorite composers that they would know by name Mozart, Beethoven and even Haydn some people might know.

The concert takes place Sunday and Monday night at 7:30 at the Lutheran Church on Second Avenue with tickets available at Northern Rainbows End, at the door or call Mikylo at 204-271-3694.