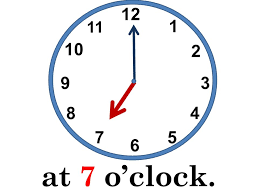 At their meeting Tuesday night Flin Flon City Council gave first reading to a bylaw that will change their meeting time.  The change would allow for their meeting to start at 7 every first and third Tuesday so when they complete their Committee of the Whole meeting which starts at 7 they can go straight into their regular meeting instead of waiting until 7:30.  The bylaw requires two more readings which will happen at their next meeting.

Council also gave first reading to a bylaw that would allow them to regulate where a cannabis retail outlet can be located if one is requested.

Council received a letter from the Flin Flon Station Museum Board advising they are planning a free open house at the Museum the afternoon of August 12th in conjunction with the Blueberry Jam Music Gathering taking place that weekend.

And concerns were again expressed by a local resident regarding harassment on Main Street and other illegal activities in the community.  Mayor Cal Huntley said they have increased RCMP patrols and they are looking into other matters but you can’t expect change overnight agreeing with the resident they both have the same goal in mind in improving the community.