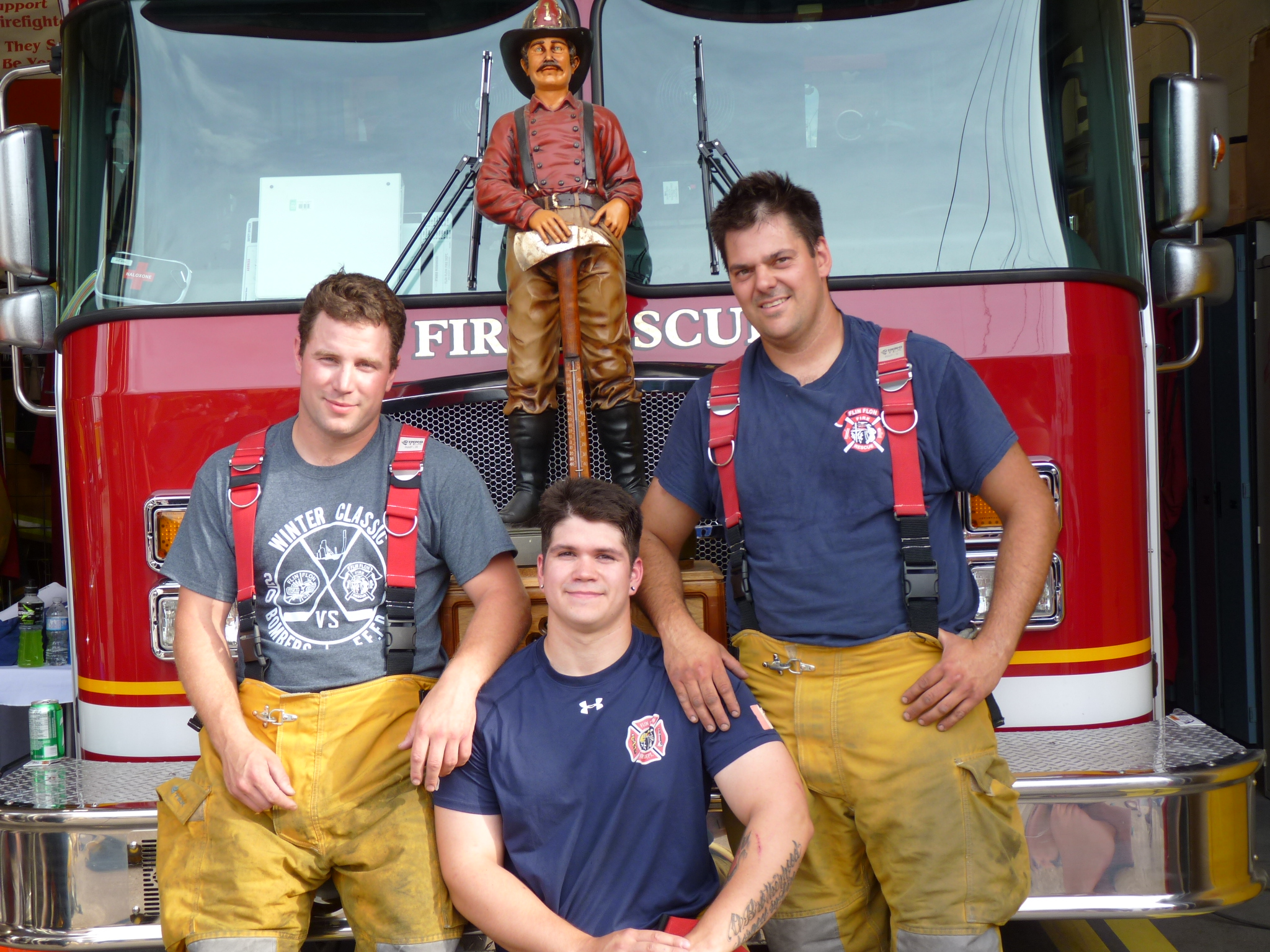 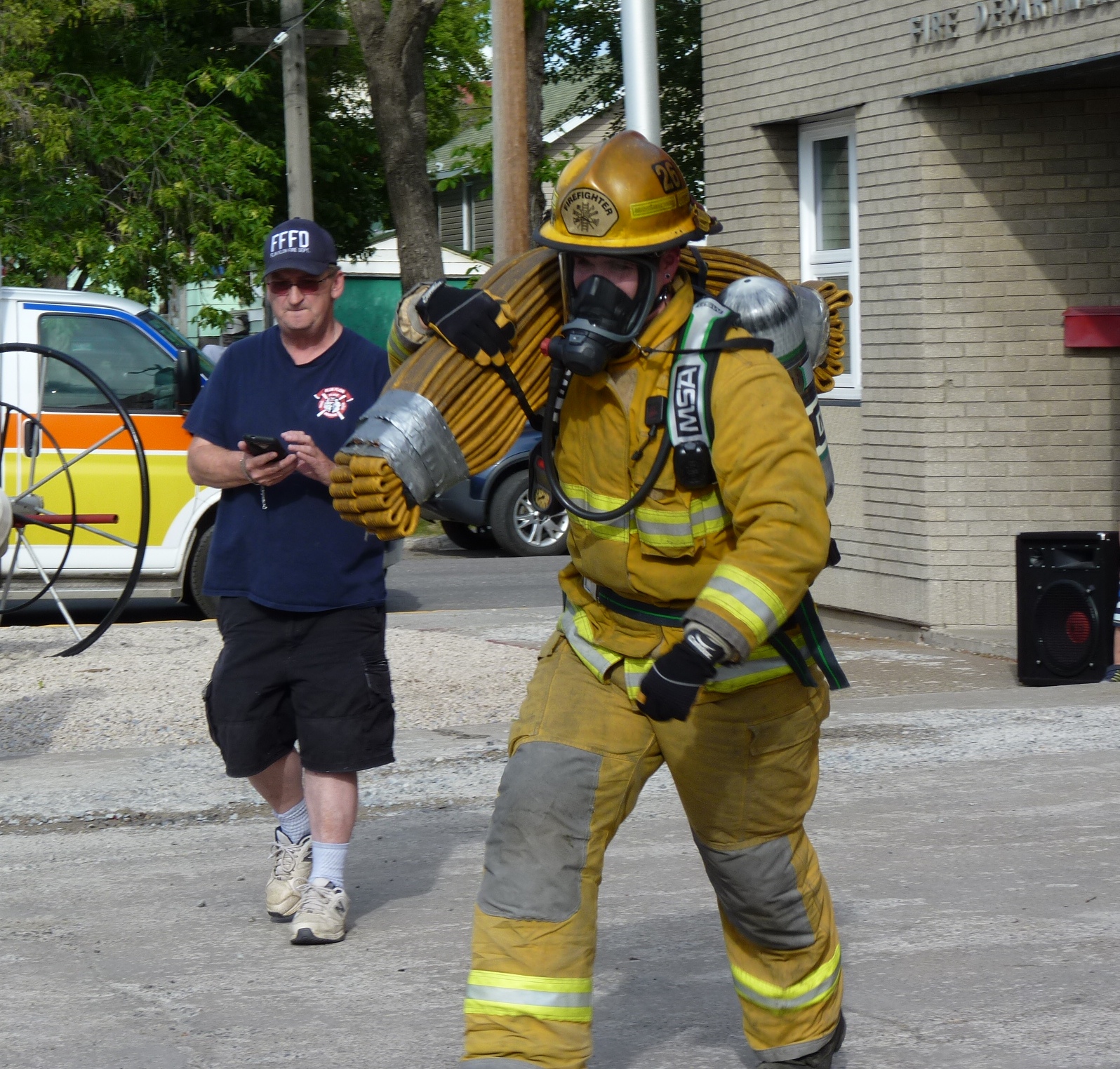 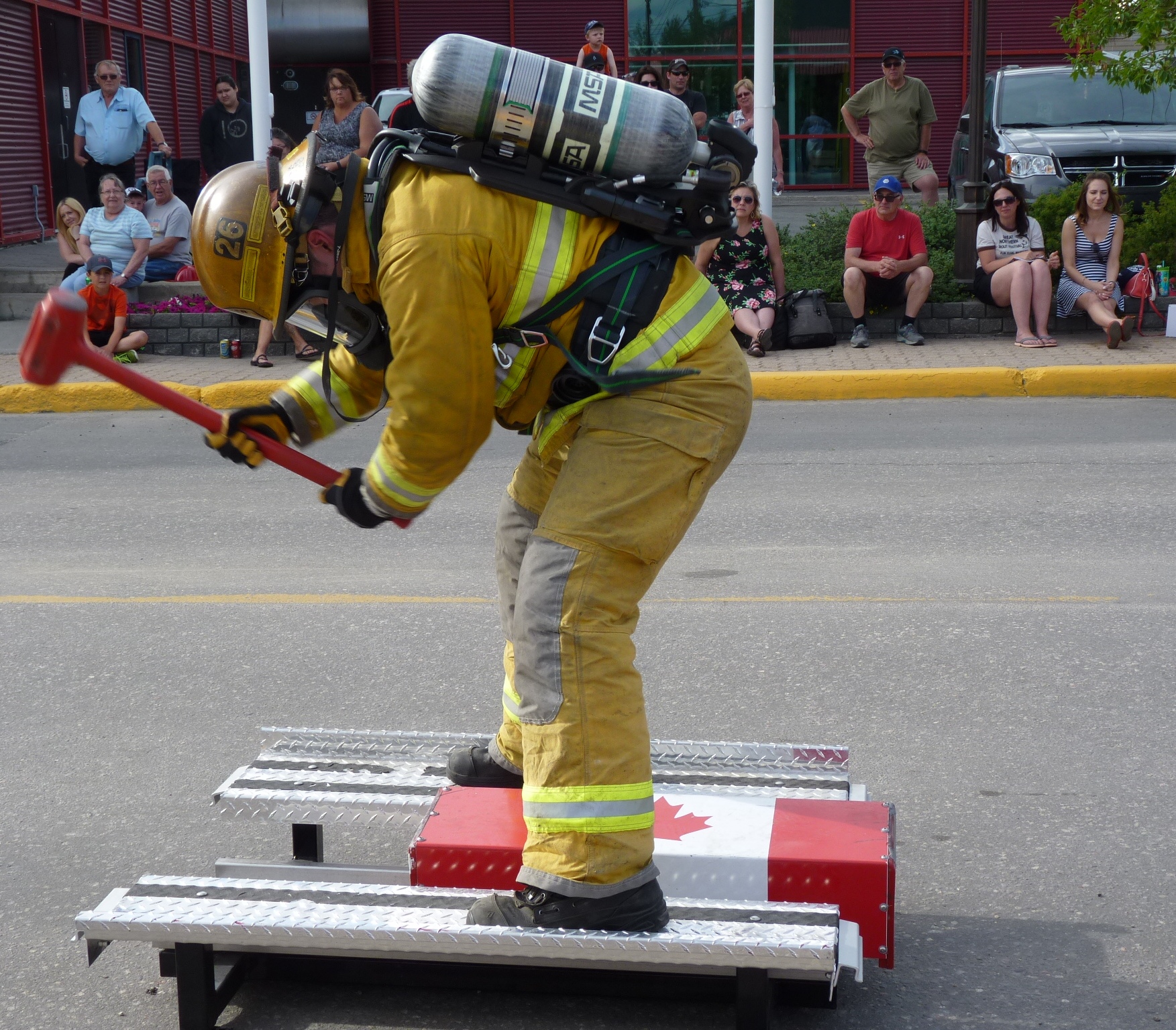 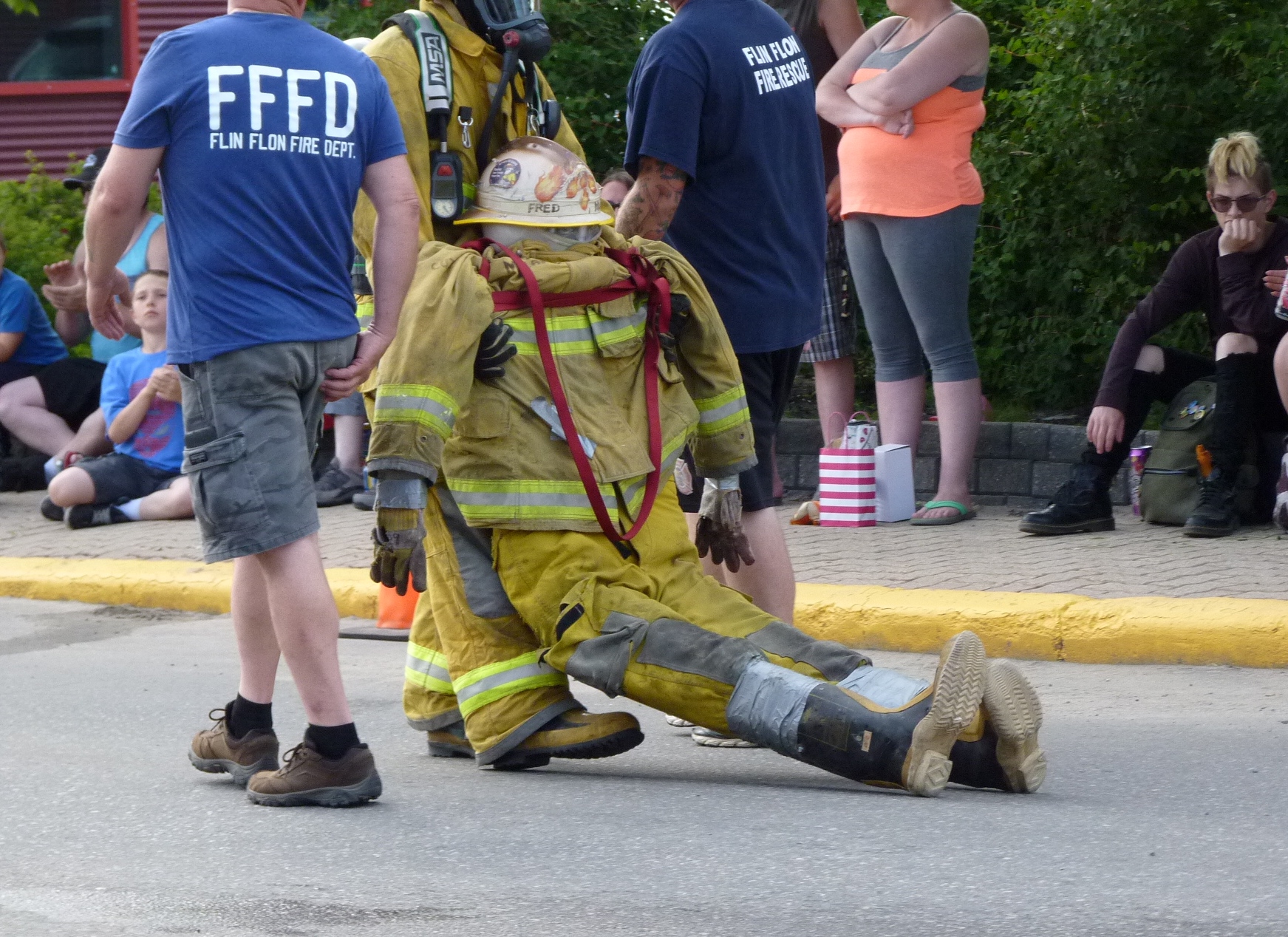 The Beat the Chief competition was held at the Flin Flon Fire Hall Friday afternoon.  Eight firefighters tested their skills, fitness and cardiovascular endurance during a variety of tests.  Finishing in the top three were Aaron Simon for the second year with at time of 1 minute 9.72 seconds, second for the second year Jarrett Kemp 1:14:17 and third Les Taylor 1:22:28.

Fire Chief Chad Cooper says it was a great competition as they had some great times put in by all the members, they even got some faster times than last year.  He adds it just shows that they all try to push each other with team work and always look to improve their skills and they all push themselves to be physically fit to be able to perform the job and serve the community.

The top three finishers will have their times engraved on the trophy at the fire hall.