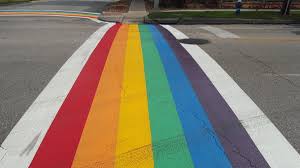 Council responded to a request from the Pride Committee on Tuesday night by having Deputy Mayor Guy Rideout proclaim the week of August 12th to 18th Flin Flon Pride Week.  The Pride Committee requested a flag raising ceremony at City Hall on Friday the 17th followed by a Transgender March and then entertainment in Pioneer Square and a Pride parade on the Saturday morning.  Council agreed to those requests.  They referred to administration the committee’s request to have a rainbow crosswalk painted in front of City Hall across to the Fire Hall in August before Pride Week.

Council received a letter from Flin Flon MLA Tom Lindsey asking them to appoint a representative to a task force being formed for recruitment of physicians to Flin Flon.  It was referred to the Committee of the Whole Council.

And in response to a question Councilor Tim Babcock reported the recent Kinsmen Mini Golf event raised around ten thousand dollars and during the event they recognized members Bob Lesage for 35 years and Tom Therien for 25 years of membership and Dave Brooks was awarded a Life Membership in Kin Canada.