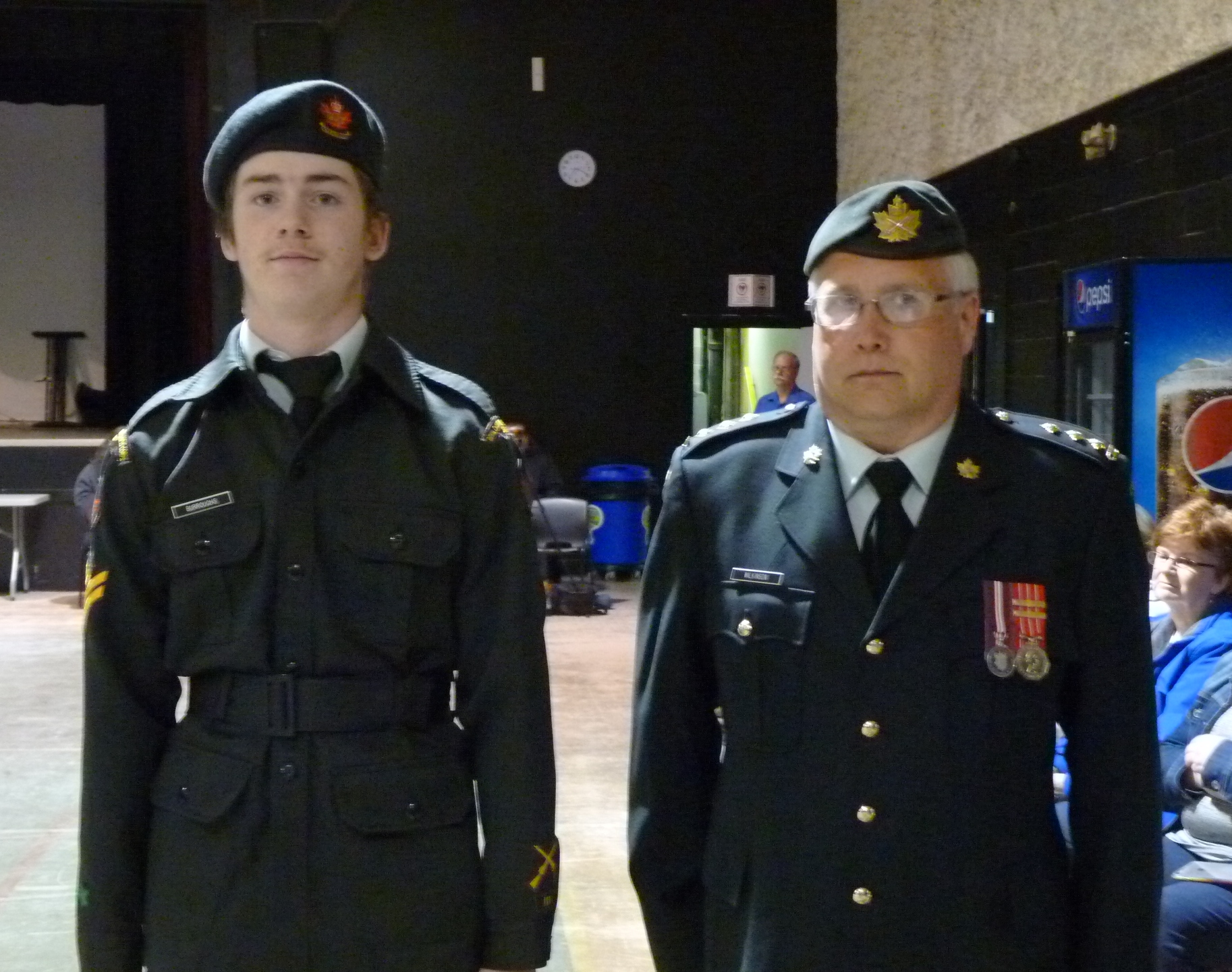 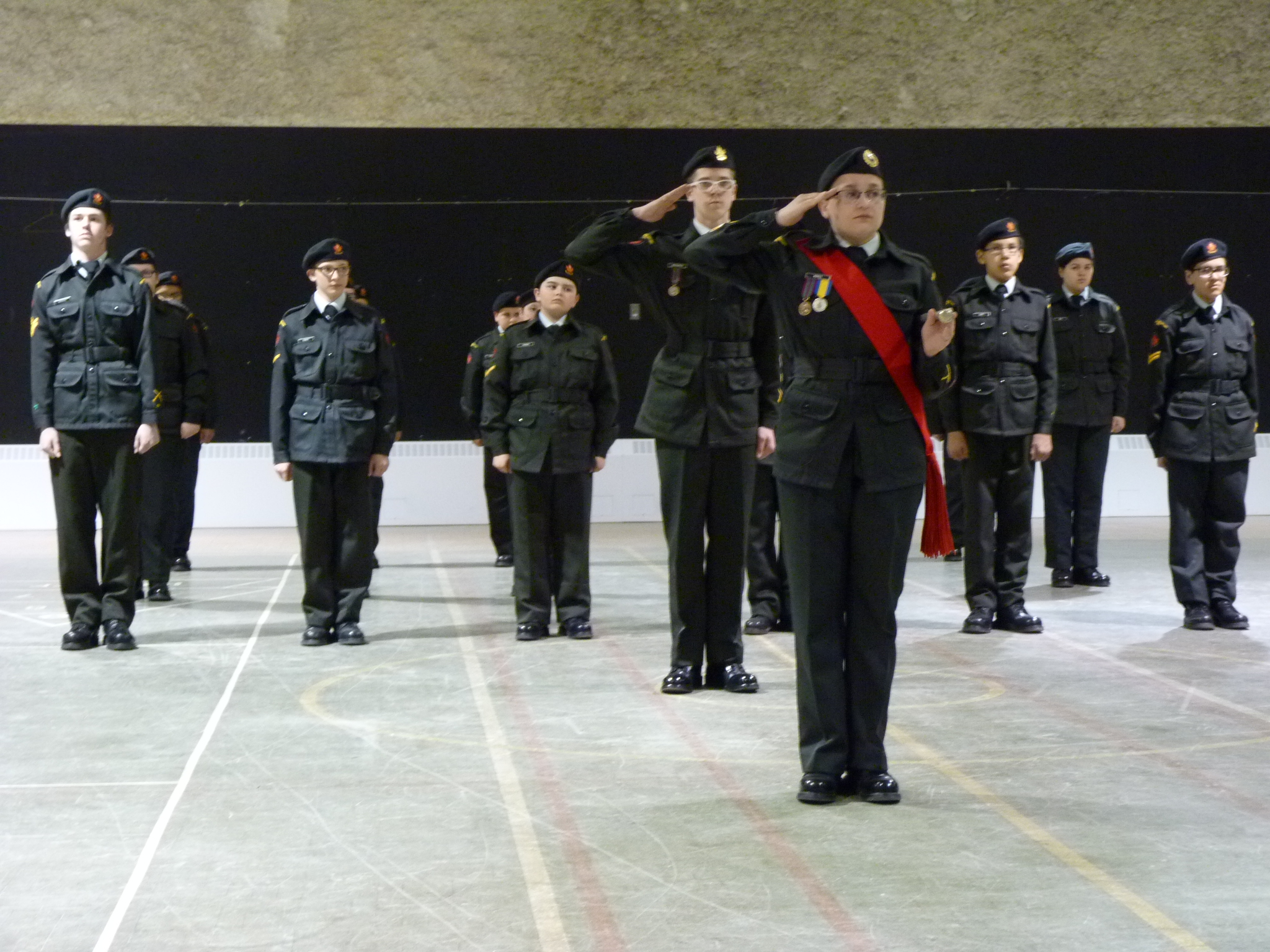 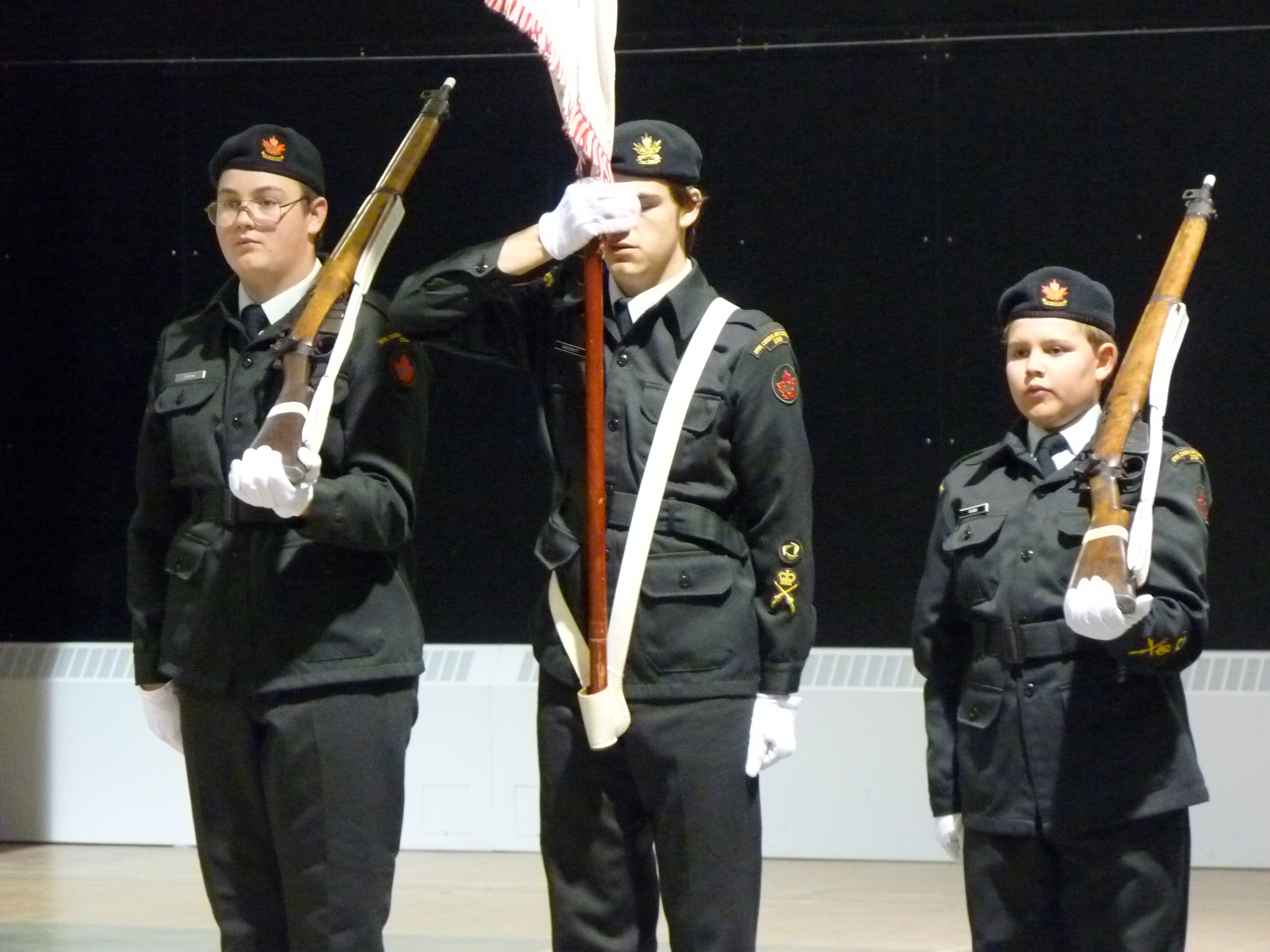 The highest award available to the Cadets the Lord Strathcona Trust Medal for exemplary performance was presented to Riley Burroughs. The Captain W. A. Sweeney Trophy for general proficiency by a senior cadet went to Torin Abrahamson who also received the Legion Medal for excellence and performance as well as the Ubique Trophy for recruiting, the CWO Fisher Trophy for general proficiency by a junior cadet to Rebekah Cook, the Sergeant J.A. Horrocks Trophy for dress and deportment to Jemedie Morris who also received the Major M.J. Naylor Trophy for dedication and commitment, the Lieutenant Colonel F.S. Gira Trophy for citizenship to Ashton Francoeur-Quaal, the Second Lieutenant M. Beauchamp Trophy for most improved cadet to Curtis Dumas, Best First Year Cadet to Ayden Hooper and best attendance to Raykin Custer with 98 percent attendance in all activities. Captain Daryl Wilkinson also presented certificates to the Royal Canadian Legion and their Ladies Auxiliary for their support over the years.