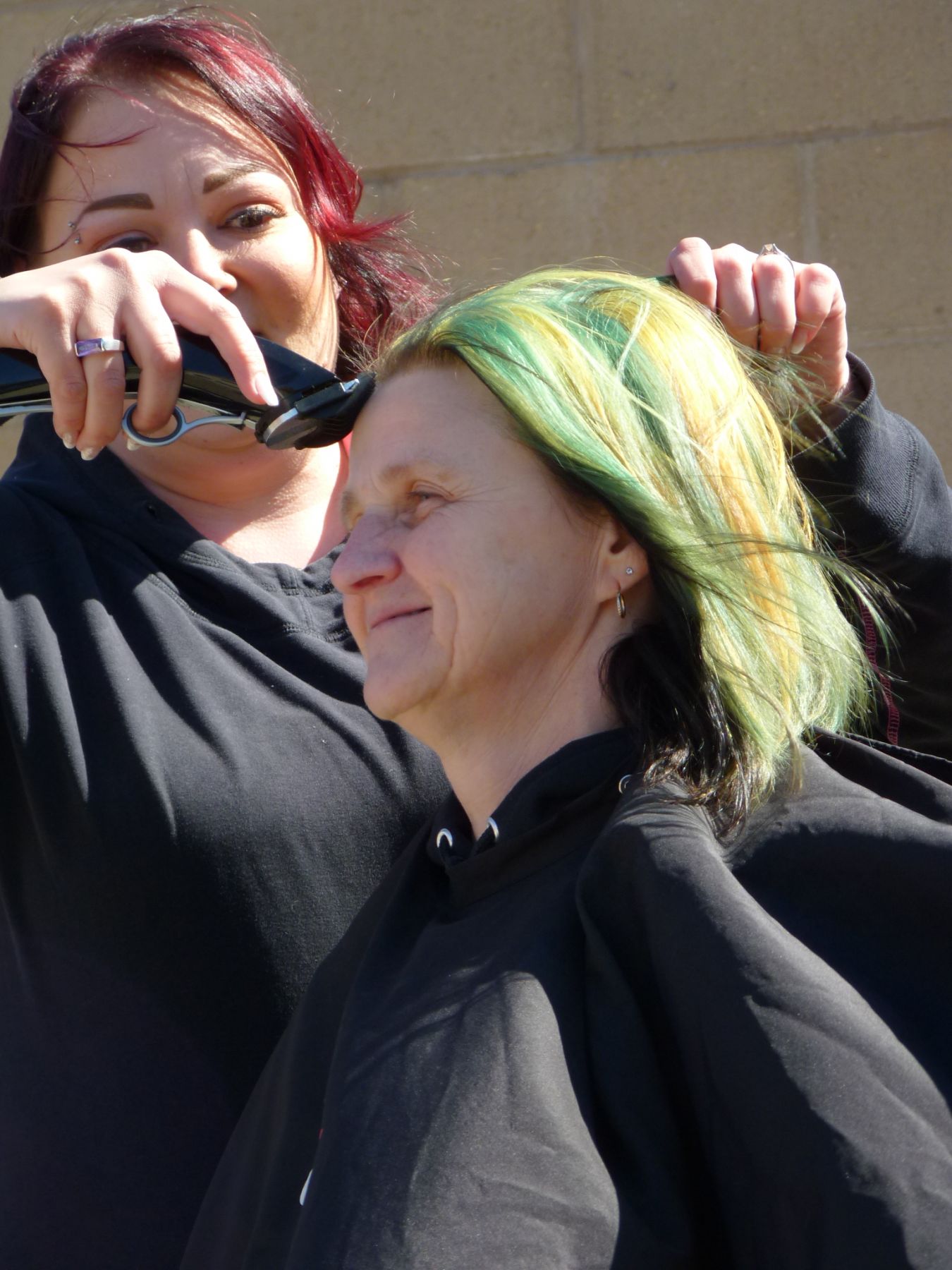 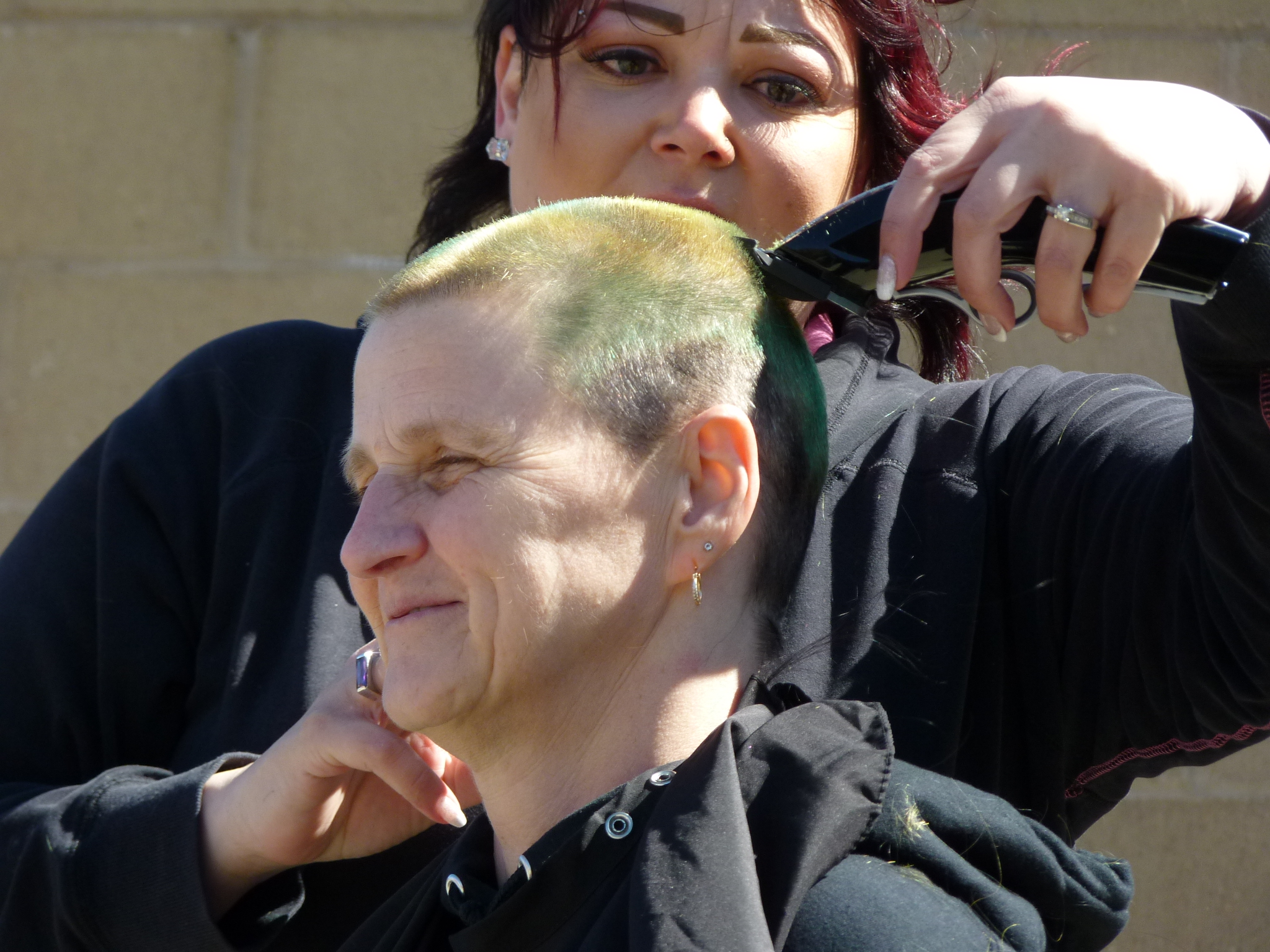 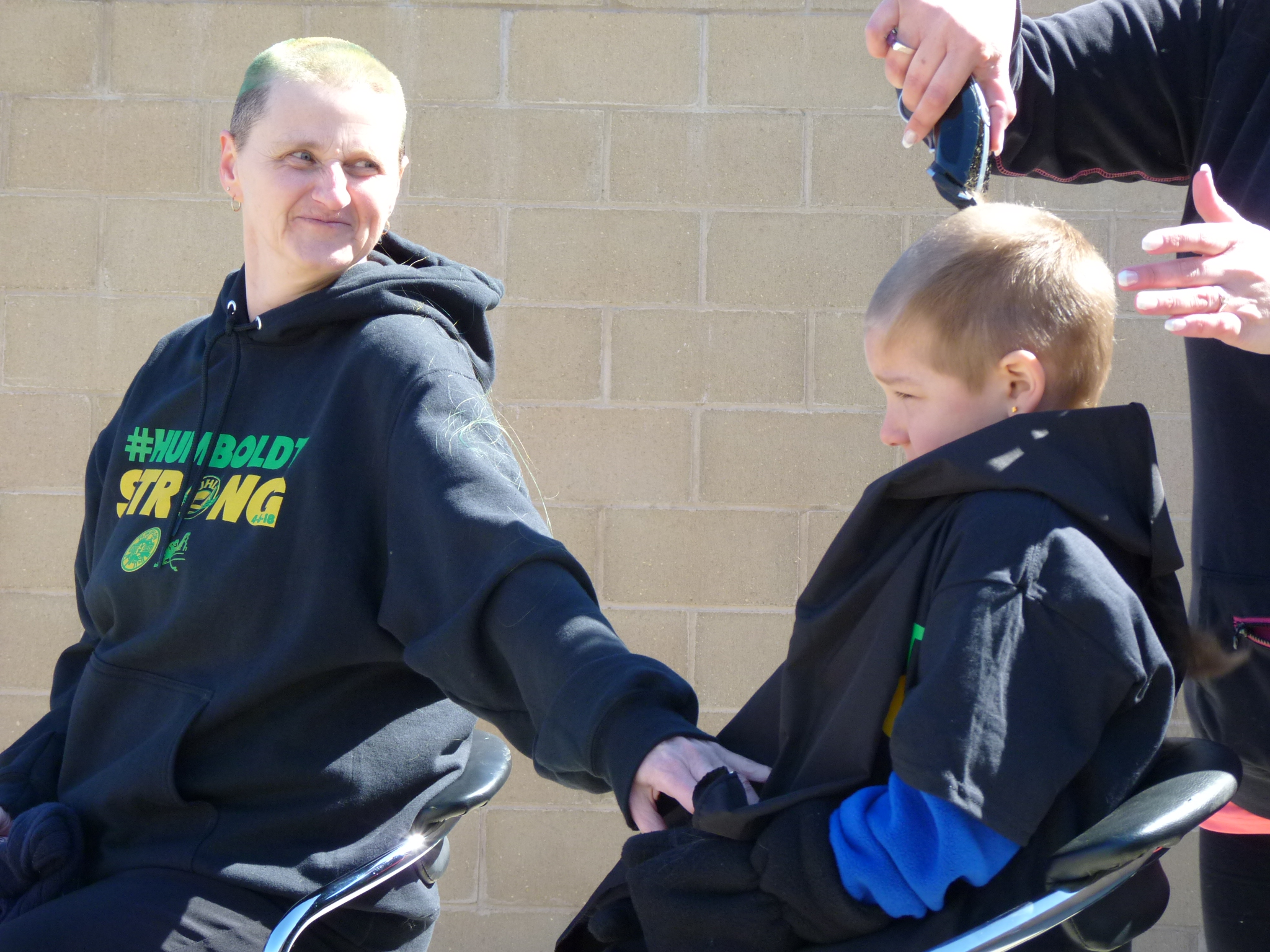 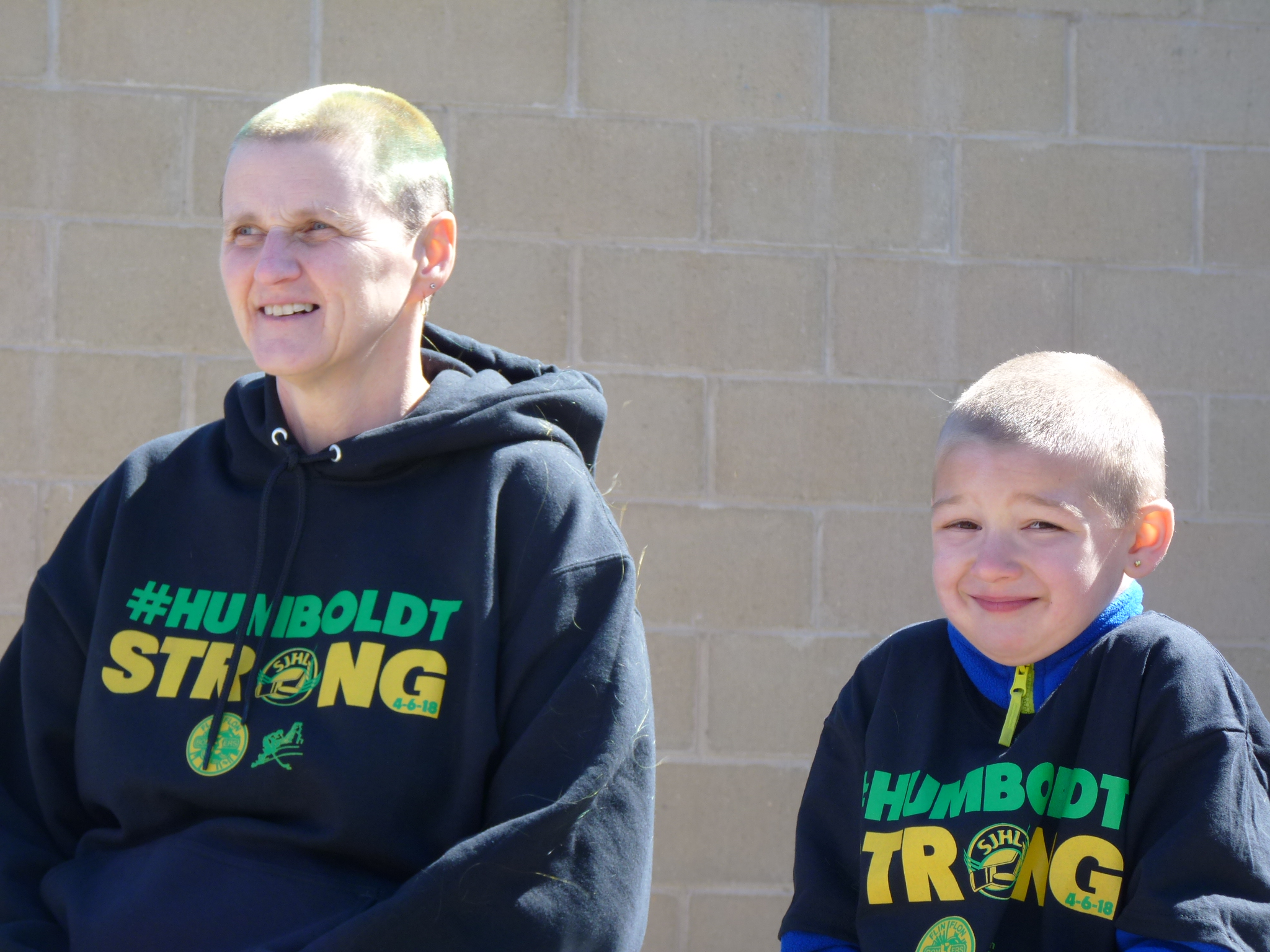 Flin Flon’s Barb Groff colored her hair green and yellow two weeks ago.  That started her campaign to raise money to help the families of the Humboldt bus crash saying she knows what it’s like to lose a child. Yesterday at 12:05 Groff’s hair was shaved off to wrap up her successful campaign noting its gone very well and she’s overwhelmed with the support she’s got from family, friends, co-workers, the community, everyone in general has been outstanding adding right now she’s sitting at just over 19 hundred dollars.

Groff’s grandson six year old Connor Savoy joined Groff in also having his head shaved.  Barb and her husband will travel to Humboldt later this month to donate the money to the Humboldt Strong Community Foundation that supports those affected by the bus crash.