The Federal Government Must Not Penalize Canadians Returning to Work
The Northern Health Region says They Are Using This period of Calm to Prepare for the Second Wave of COVID-19 in The Fall
Manitoba Businesses Still Have Some Issues With Re-opening
COVID-19 Has Spread in Southwest and West Central Saskatchewan
Manitoba Reports Only One Active Case of Covid-19 and the Testing Centre in Flin Flon Has Moved
Send In Your Birthday Greetings - brought to you by Northern Rainbows End
Listen LIVE here - or ask to Play CFAR on your smart device! We are also on the free Simple Radio App!
Bombers Add Manitoba Product
Northstars Hire New Coach
Weekly Auction: Chicken Chef 2x $50 Gift Certificates Value - $100 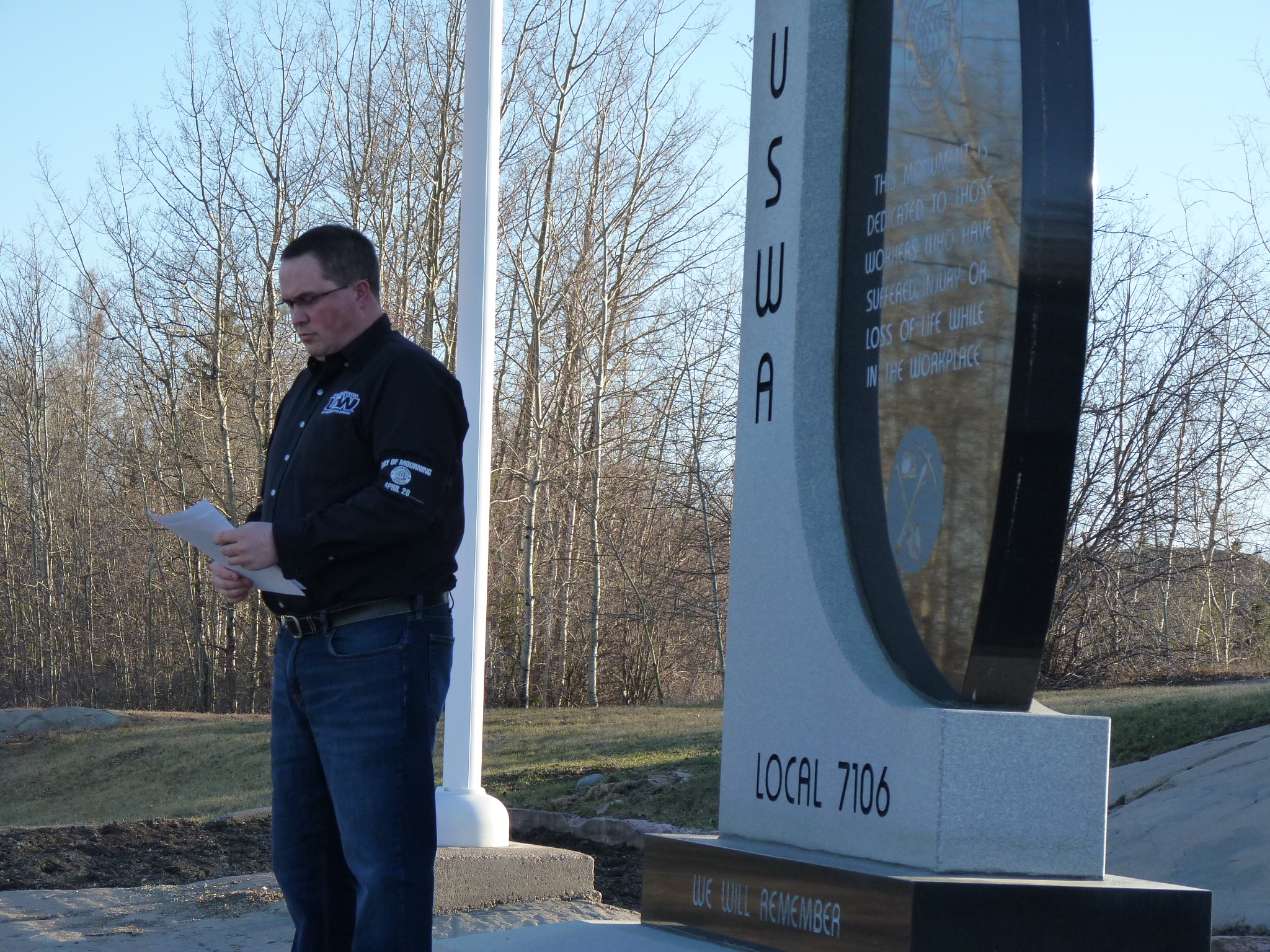 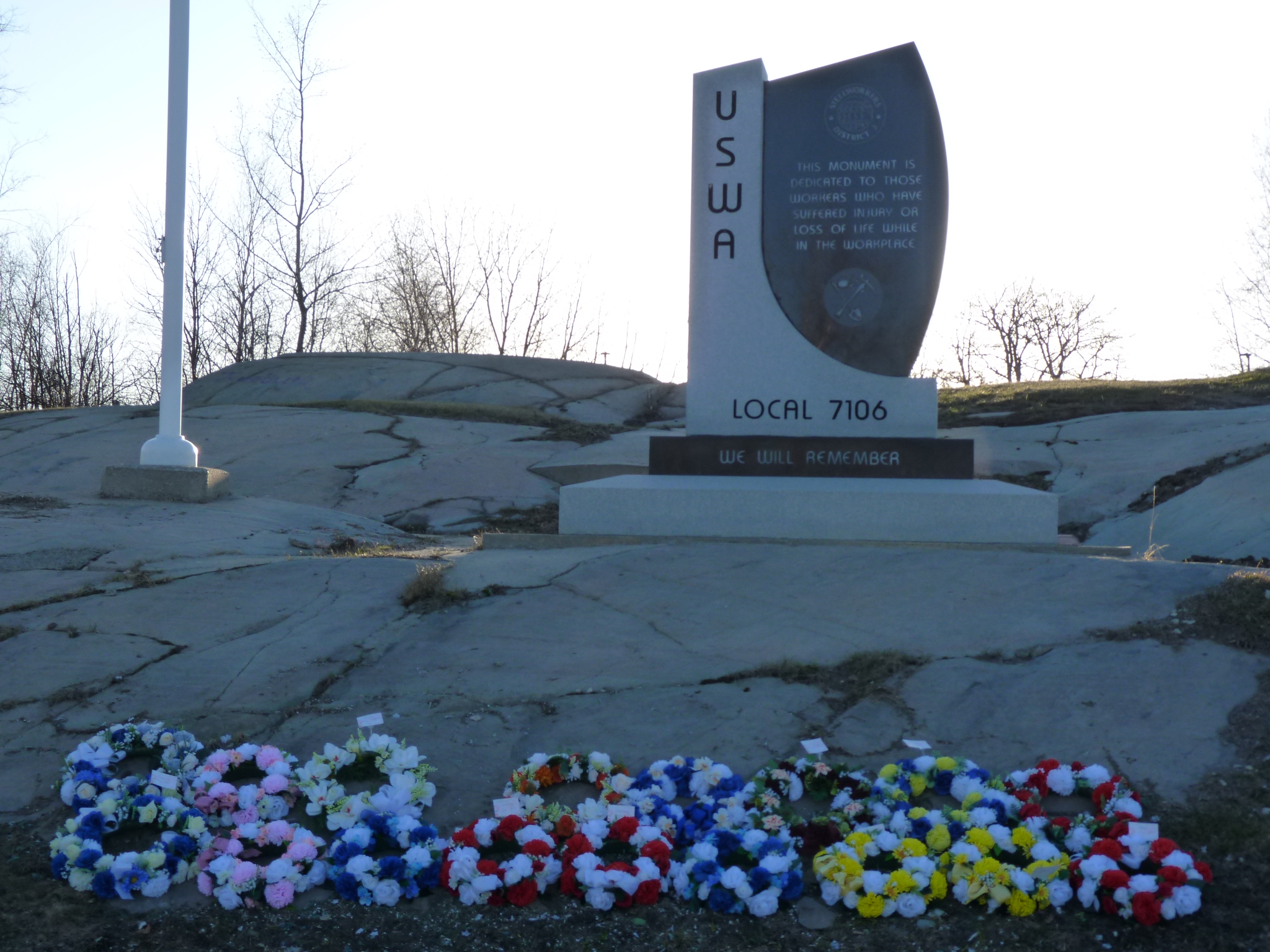 The United Steelworkers Local 7106 held a ceremony at their monument to mark the National Day of Mourning.  Their Health and Safety Rep Ken Bateman explained the message of the day is to recognize all those who have fallen at work, went to work and didn’t have the opportunity to return home, adding we also recognize those who have been injured.  He says they’d also like to recognize that this is a somber year for the Steelworkers themselves as it marks the 25th anniversary of the Westray explosion.  Bateman says coming out of the Westray explosion has been the Westray Law that has come a long way but not as far as it should but it holds people criminally responsible for workplace deaths and accidents where negligence was shown.

Wreaths were laid by various union and community representatives. In his comments Flin Flon MLA Tom Lindsey noted he has called on politicians to make sure they pass laws that protect working people. He added the voices of working people need to be heard by politicians of all stripes so people can go to work and come home safe at the end of the day.