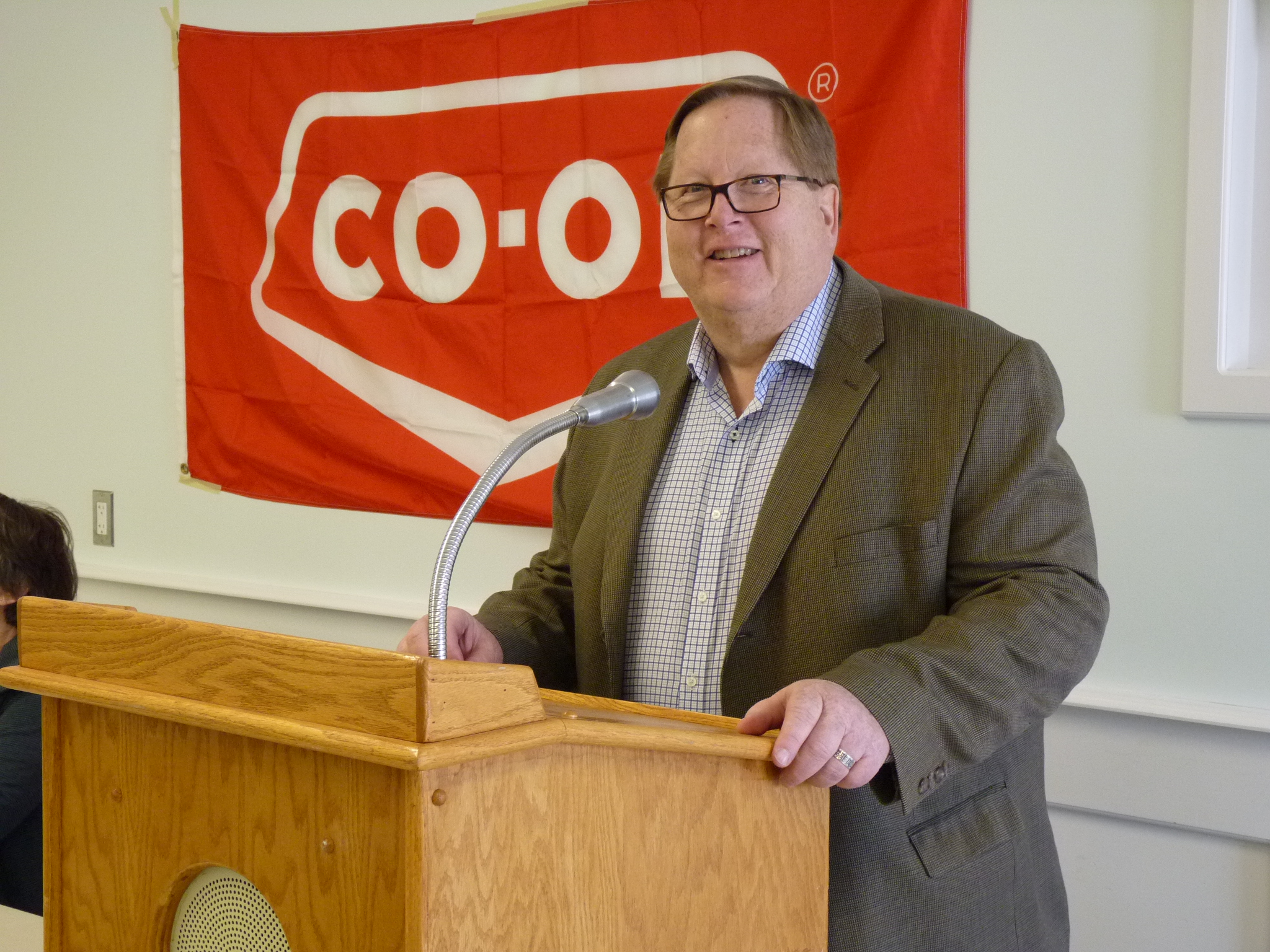 Board President Dave Kendall told the 73rd annual North of 53 Co-op annual meeting their new store will open April 27th at 8 am with a grand opening held with their annual barbeque in the summer.  He said they are also pursuing options for the main floor of their present Main Street location with their offices moving to the lower floor of that building.  He said customers will be impressed with the size and many new products in the new store as well as with all the parking.

General Manager Tom Therien reported 2017 was another great year for the Co-op with sales of almost 27 million dollars which is one million more than last year.  The Board authorized an allocation to the membership of 2.75 percent for food and 6 percent for petroleum.  Therien also reported with the new store they have added 30 new employees so far.

Nominations were held to fill two three year positions on their Board with three nominations submitted.  Dennis Whitbread will seek re-election.  The other candidates are Richard Dansereau and John Moore.  Advance polls will be held on Wednesday May 2nd with regular voting on Friday May 11th in the store.