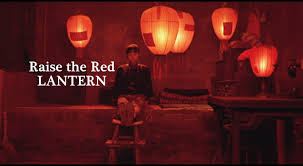 The Central Canada Film Group is showing a rare and hard to come by film Friday.  The group’s Colin Davis says they will show Raise the Red Lantern which is a marvelous film from China about a young girl who is forced into becoming a rich mans fourth wife.  He encourages everyone to come see this film as you will probably never get a chance to see it ever again adding this is the first time that they have shown an international film that has been banned.  Davis says if you feel you would like to come to see something unusual and needless to say controversial then you’ll want to come by the Hapnot Theatre this Friday.

Doors will open at 7 at the Hapnot Collegiate Theatre with the show starting at 7:30 and Davis adds as always for their Friday films admission is free.