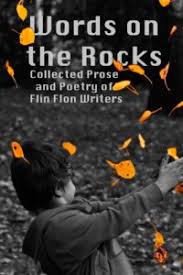 In recognition of World Poetry Day March 21st and National Poetry Month in April Harry Hobbs from the Flin Flon Writers Guild read a poem by Glenda Walker Hobbs called Snapshots. The poem takes you along the road through the Tourist Park to the Rotary Wheel building. Hobbs explained the poem is taken from a book put out by the Writers Guild with contributions by a number of local poets called Words on the Rocks.  He says it shows the amazing number of talented writers we have in this community.  Later in the meeting Mayor Cal Huntley read a proclamation officially recognizing World Poetry Day and National Poetry Month.

As well Council will meet with the Flin Flon School Board in late April.  One of the topics mentioned that could be discussed was with declining enrollments would the Board ever consider lobbying the government about closing a school.