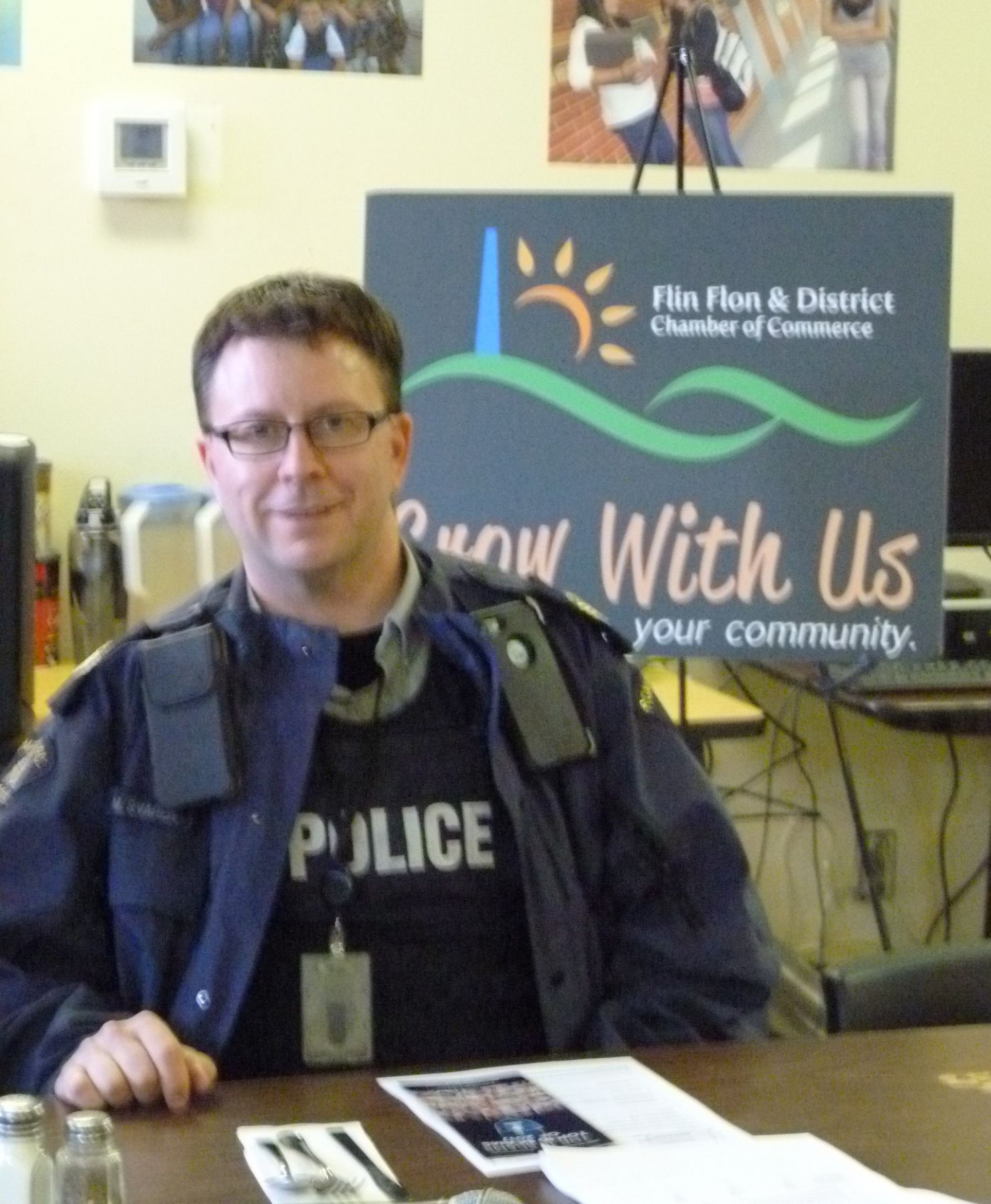 RCMP Sergeant Mark Svaren spoke to the Flin Flon and District Chamber of Commerce yesterday on property crime. He noted they’ve had around a 19 percent reduction since 2015 and part of that is simply a method they’ve used to deal with some of their habitual offenders.  He says he doesn’t think it comes as any surprise to anyone in the room that it’s a very small number of people that are committing the vast majority of offences especially property offences and if they can kind of get a leg up on that small group of individuals the numbers make a dramatic downturn.

Svaren says increased patrols have reduced crime in residential areas and they’ll also increase their visibility in the business area.  He adds they also deal with calls about intoxicated people on Main Street but under the Intoxicated Persons Detention Act they can only hold them until sober and release them.

Svaren concluded by noting there are no calls too small to report with the community being additional eyes and ears for the detachment adding they have a local dispatch number 204-687-1422 along with 911.