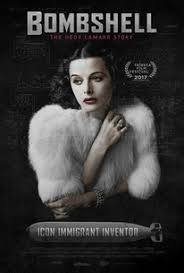 As part of the Films Up North Series the Central Canada Film Group is presenting the movie Bombshell Thursday night.  The group’s Tom Heine says it’s the Hedy Lamarr story.  He says she was a very well known actress back in the 40’s, one of the most beautiful women in the world at the time but a lot of people look at the eye candy but she was also a very smart person and inventor and at least in some of the technology we enjoy today the roots can be taken back to the ideas she came up with.

Bombshell will be shown Thursday night at 7:30 in the Hapnot Collegiate Theatre.  Because this is a Toronto International Film Festival film admission will be ten dollars.