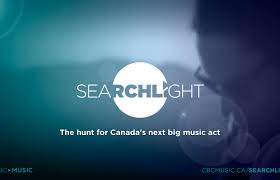 Flin Flon’s two entries in the CBC Searchlight contest, Curtis Trubiak with  Raven and Jenn McLean and Mark Kolt with Thunder Never Leaves Me Alone have been accepted into the second round of voting in the contest. Only 100 contestants out of the 2070 that participated in the first round were selected for the second round.

The second round will result in 10 entries being chosen from among the 100 remaining contestants. Voting began yesterday and ends on Thursday March 8 at 2:00 p.m. As in the first round, people can vote once each day for any one entry, but can also vote for two or more contestants per day so you can consider voting for both Flin Flon contestants. You can find voting links for both of them on the Manitoba contestants page at https://www.cbcmusic.ca/searchlight/entries/1/0/9/24/ .You don’t need to be in Manitoba or from Manitoba to use this page to vote.