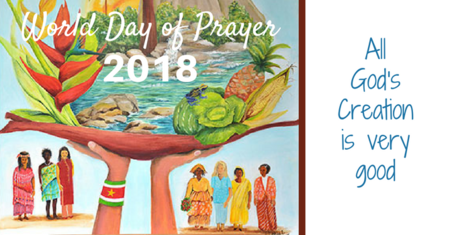 Flin Flons Lutheran Church is hosting a World Day of Prayer tomorrow night.  One of the organizers Linda Hettrick invites you to join them under the theme All God’s Creation is Very Good.  She explains this program was prepared by the Women’s Committee of Suriname.  She says on Friday evening women from around the world will unite in prayer adding they gather from many places but they live in one creation.  Hettrick says they remember their local environment and consider ways that might nurture and preserve creation for the next generation.  She adds it’s an opportunity to pray in solidarity for and with Suriname noting this is an interdenominational gathering co-hosted this year in Flin Flon by the Lutheran and Roman Catholic churches and Father Paul is their guest speaker.

The World Day of Prayer gets underway at 7:30 tomorrow evening at the Lutheran Church on Second Avenue joining Christians in more than 170 countries and in two thousand communities across Canada.