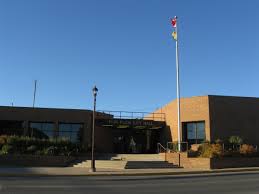 At their meeting Tuesday night Flin Flon City Council passed on first reading an amendment to the Traffic Bylaw.  It will deal with people putting snow off their property far out onto the road so motorists have to maneuver around it.  Fines start at 100 dollars for a first offence, 150 for the second on up to 500 dollars.  Councilor Guy Rideout added this is to encourage people to be careful where they put their snow as it is causing problems in some areas.  Council had praise for the city workers in their handling of all the snow we have had in the last while.

As well Spencer Payson of Payson’s Smoke N Vape who has applied to the province to be licenced to sell cannabis once it becomes legal reported to Council he has not heard about the licence yet but supplied Council with information on how he will handle the issue.  Mayor Cal Huntley said they know what they will be responsible for and will accommodate the business but they still are waiting for regulations to come from the federal and provincial governments as well as rules for law enforcement.