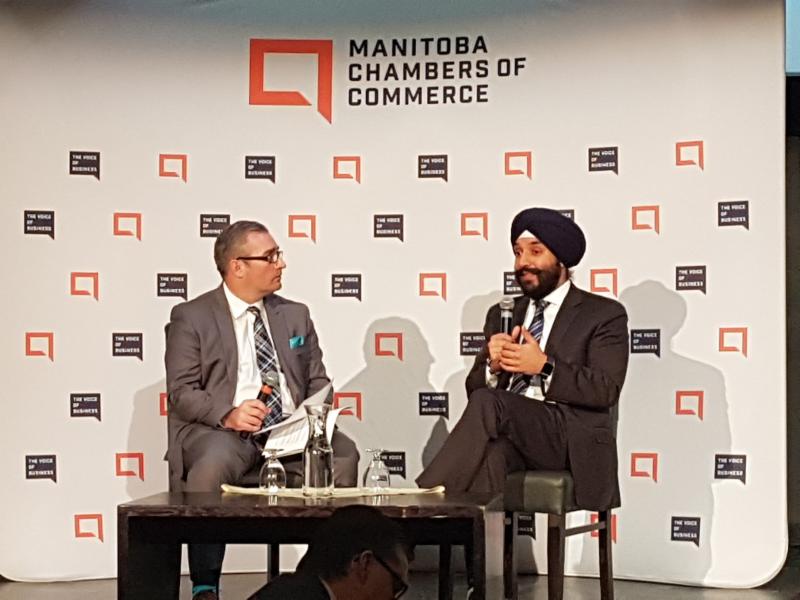 The Manitoba Chamber of Commerce held a special lunch gathering recently at the Metropolitan Entertainment Centre in Winnipeg where Minister of Innovation, Science, and Economic Development Navdeep Bains answered questions regarding the future of Churchill and the closed rail line as well as tech, and trade in front of business leaders, Northern Representatives, and technology stake holders.

According to a news letter, Bains is hopeful that a resolution can be found with the current owners of the rail line to Churchill and he hopes that rail service will be brought back this year.