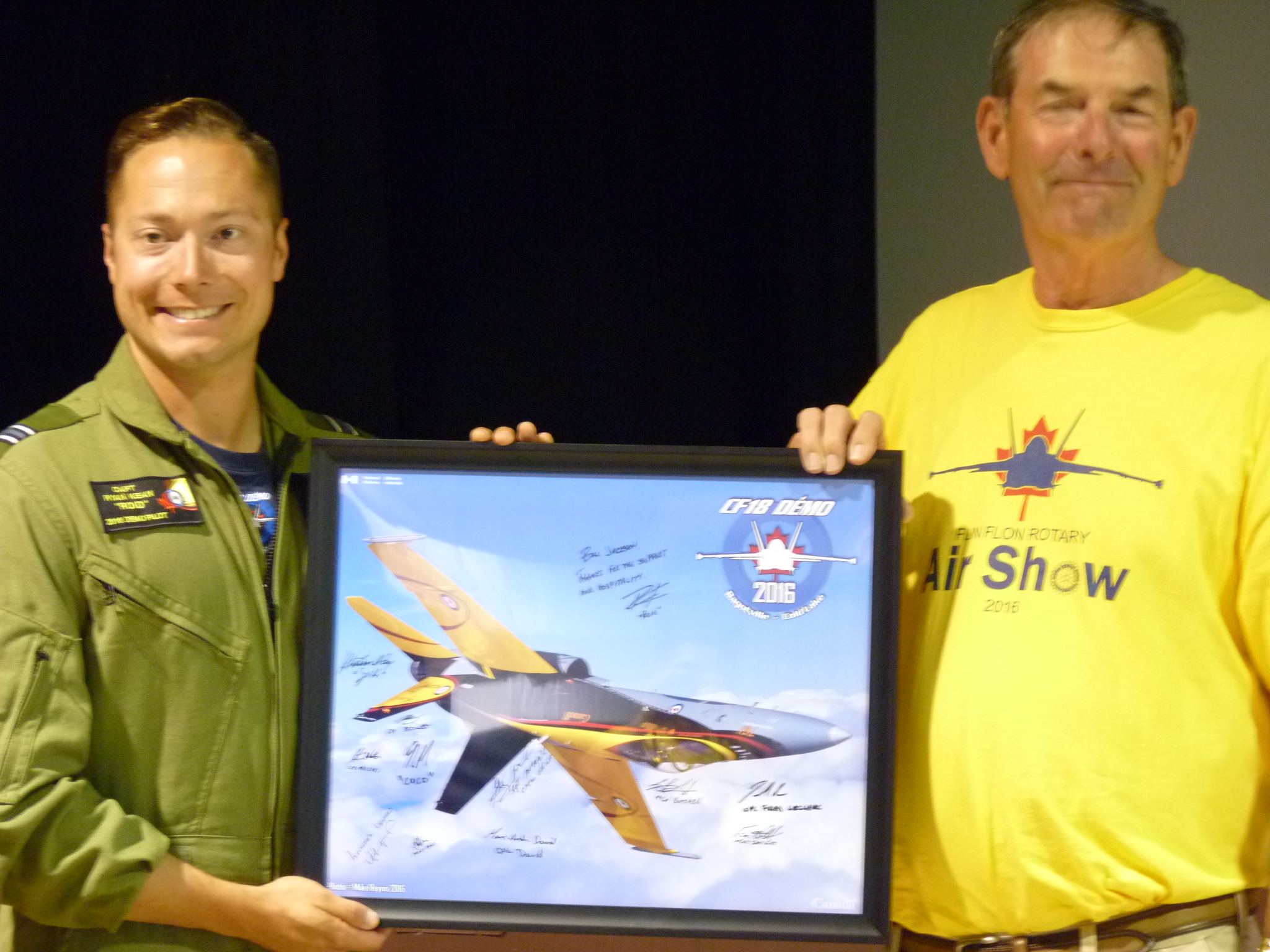 The Flin Flon Rotary Club will again be sponsoring an air show this summer.  The Club’s Bill Jackson says following the extremely popular air show they put on in July 2016 they have invited the Snowbirds back for another show. He explains the Canadian Forces Snowbirds are coming back as the Flin Flon Rotary Club has again invited the air demonstration team for another air show.  He says it’s going to happen at the local airport and this family event is being planned for Wednesday, July 11th, 2018.  Jackson adds the Rotary Club is very pleased to organize this air show and they are planning on using this as a fund raiser for our new emergency ward at our local hospital.