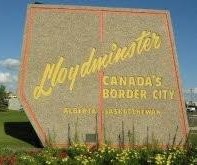 The Flin Flon and District Chamber of Commerce received an invitation to talk with the Lloydminster Chamber of Commerce.  Saskatchewan’s Director of Government Relations Curtis Hemming after learning about the Chambers discussion on border town challenges facing Flin Flon and Creighton contacted the local Chamber asking if they were interested in having a conference call with him and a rep from the Lloydminster Chamber on how they have dealt with some of the problems.  Dianne Russell, Kory Eastman and Colleen McKee plan to take part in the call on Friday.  Russell says this is an ongoing issue here and Lloydminster has dealt with similar issues so this is a good first step.

And Co-op Store Manager Tom Therien reported construction of the new store is proceeding well.  He says staring January 1st they will be hiring and training between 25 and 50 people to work in the new store when it opens at the end of April.