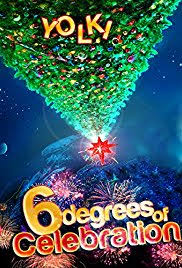 The Central Canada Film Group is presenting the film Yolki tomorrow night.  The group’s Colin Davis says this is a Russian Christmas comedy that you’ll talk about for a long time and Russia’s most watched film in 2010. He explains Vanya is a young girl in a Russian orphanage who has told everyone that her father is the President of Russia.  When told to prove it the other children she lives with tell her to have her father say something pointed right at her during his annual New Year’s speech.  Davis adds her only friend at the orphanage tells her that everybody know everybody else through six degrees of separation which poses the question can they get a message to someone to give to someone else down a chain that will eventually get to the President?

The film will be shown tomorrow night in the Hapnot Collegiate Theatre starting at 7:30 with free admission.