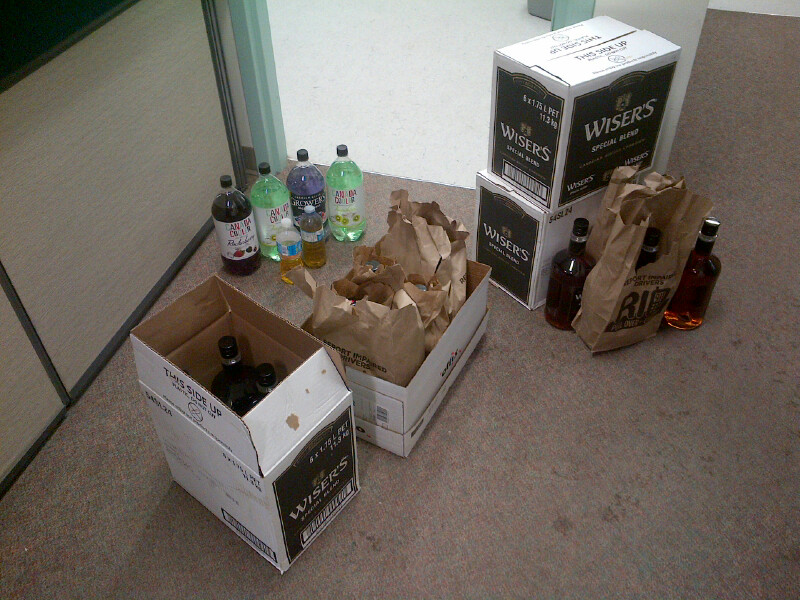 Between three and four hundred vehicles were stopped and checked with seven people charged with canvassing or bootlegging and one for open liquor.  Among other charges two criminal code warrants were executed, two people were charged for theft under five thousand dollars and two for possession of stolen property.  Two were arrested for taking a motor vehicle without the owner’s consent and twelve warnings were issued under the Traffic Safety Act.

A significant amount of alcohol was seized with an estimated re-sale value of over 13 thousand dollars.

The RCMP will be conducting similar initiatives in various northern communities throughout the year with the objective to disrupt the supply of alcohol destined for illegal resale.