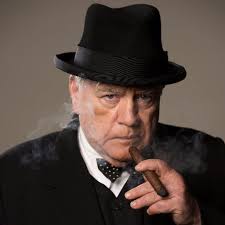 The Central Canada Film Group is presenting the movie Churchill Thursday night.  The group’s Colin Davis says this film looks at the war years and Sir Winston Churchill who is one of the most famous figures of the 20th century for successfully getting Britain through World War Two and as Prime Minister of the UK he had to live up to the confidence people had in him and struggle with each decision making sure he was consistently doing the right thing and on top of this he also saw his power marginalized by military leaders and allied forces.  He adds their film on Thursday will look at Churchill’s life towards the end of the war and his own reservations and doubts about the upcoming Normandy invasion.

Churchill will be shown Thursday night at 7:30 in the Hapnot Collegiate Theatre.  Because this is a Toronto International Film Festival Film admission will be ten dollars.