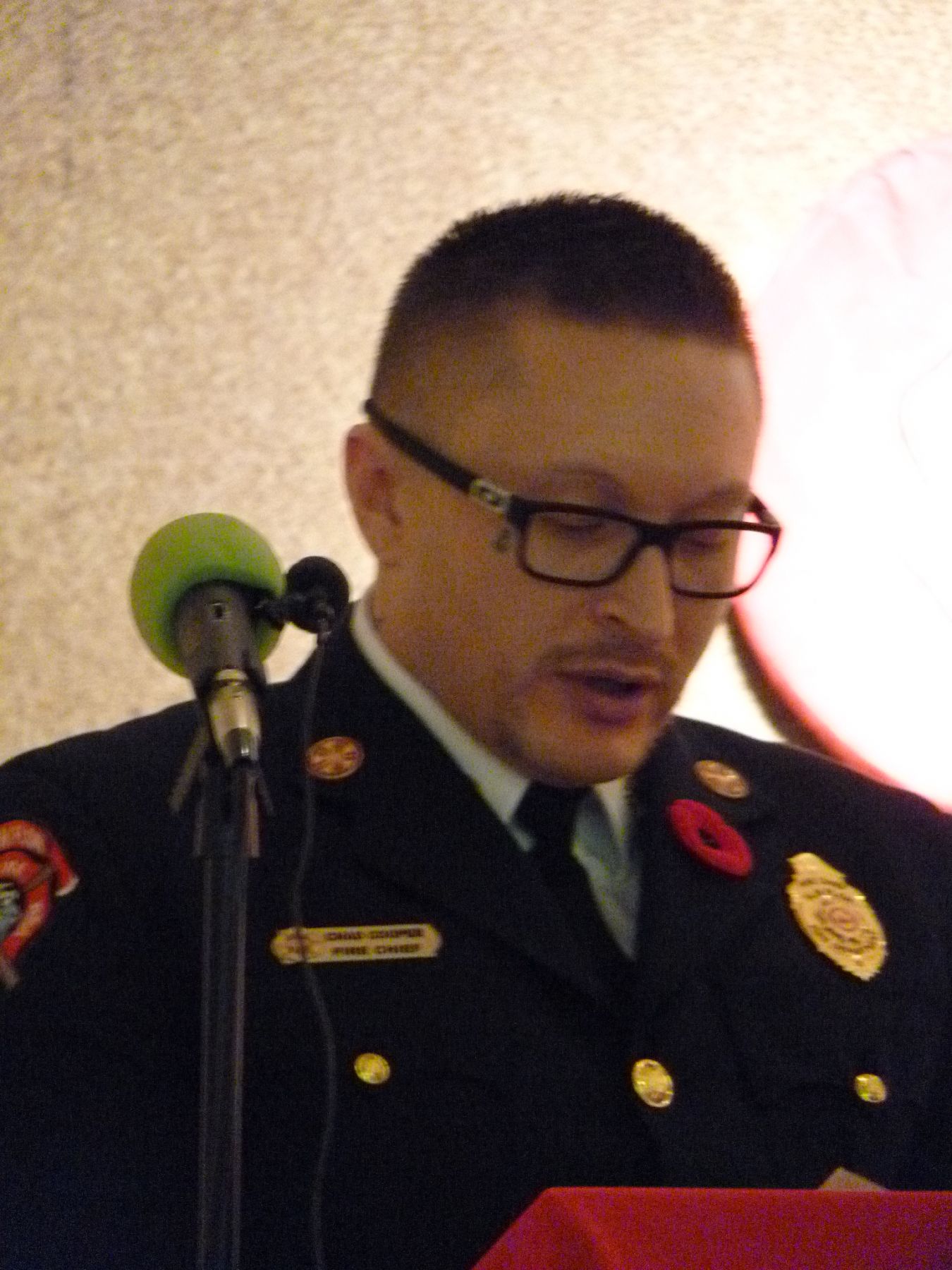 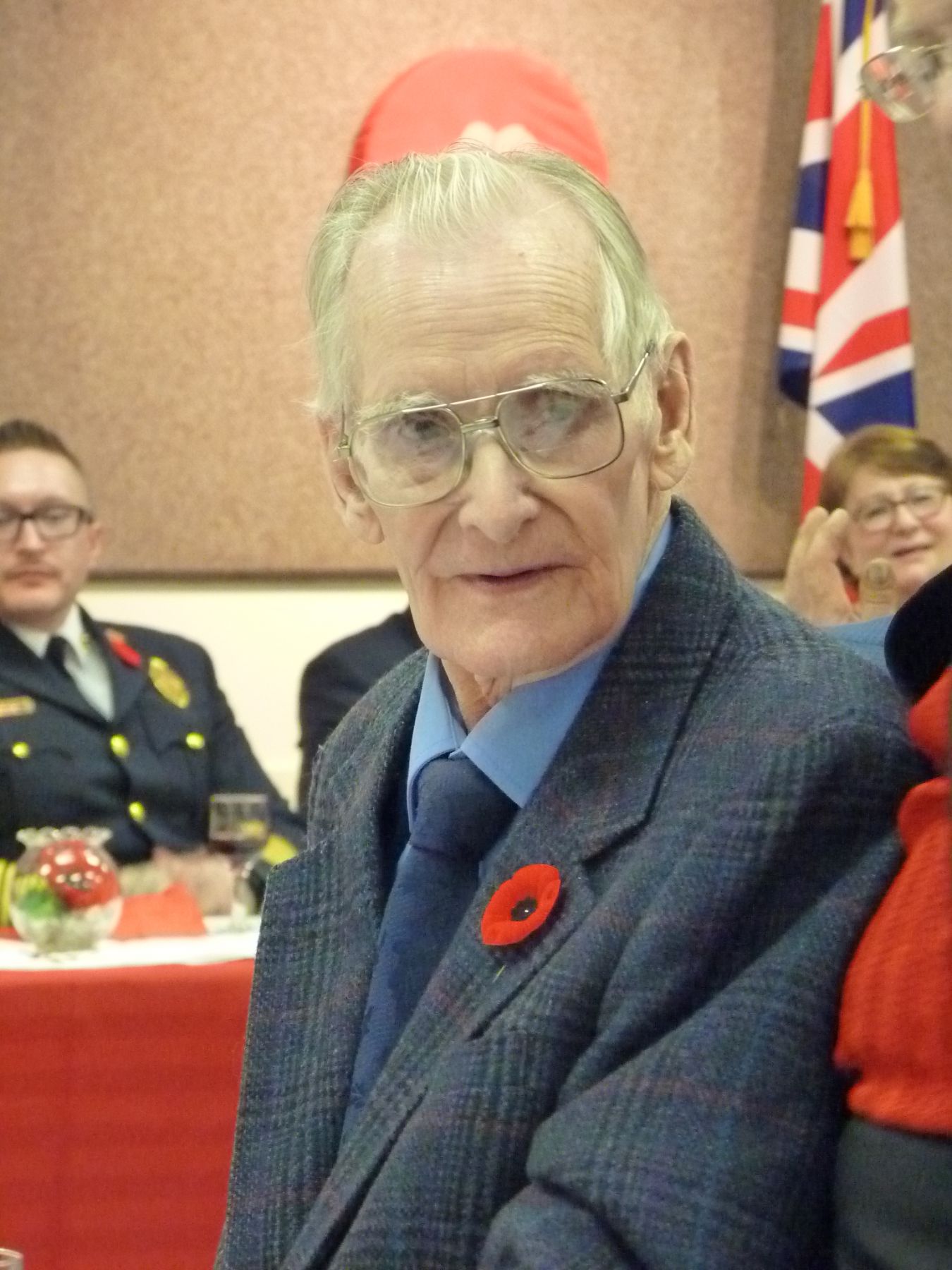 Members of the Royal Canadian Legion Branch 73 in Flin Flon held their annual Remembrance banquet Saturday night.  Guest speaker Fire Chief Chad Cooper who has served in Afghanistan said Remembrance Day is the day we remember the men and women who have served and continue to serve our country during time of war, conflict and peace. He says he thinks that Remembrance Day should not be a day to focus on one point of view, we should remember and appreciate all the suffering and sacrifice of all the soldiers and civilians on all sides of the wars adding if we do not then we risk making the mistake of going to war too easily.

Service pins were presented with the highest going to Douglas Gourlay Senior for 65 years and Wray Henderson with 75years. They also received long service medals from Past President Bob Penner along with Jack MacArthor 70 years, Marg Beever and Jack Larrsson for 60 years and Morley Naylor and Ernest Kichuk for 50 years.   Bob Penner was presented with his Past District Commanders pin and he announced Father Paul Bringleson has been appointed Provincial Command Roman Catholic Chaplain.