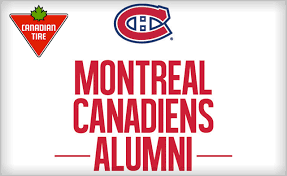 The Women’s Resource Centre is always on the lookout for new fund raising ideas.  The Centre’s Colleen Arnold says this time they are featuring the Montreal Canadians Alumni Tour presented by Canadian Tire on December 3rd.  She says they’re going to be playing the local Flin Flon Storm and the game starts at 2 o’clock with presentations beginning at 1:30 at the Whitney Forum.  She adds they’re hoping to see all the seats filled with admission 20 dollars and they also have a VIP which is 75 dollars that includes a meet and greet with the players after the game, special seating and much more.

Tickets will be available in the near future.  If you are interested in playing on the local team along with Pat McKenzie, Mike Jones, Rob Hart and Brad Clark you can contact the Women’s Resource Centre or Pat McKenzie.  And as a Thrill of a Lifetime Flin Flon’s Marty Ledoux has signed up to play with the Montreal Canadians Alumni team.