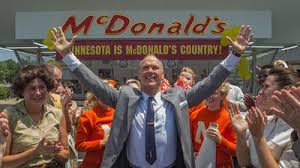 The Central Canada Film Group is showing The Founder tomorrow night at the Hapnot Collegiate Theatre.  The group’s Colin Davis explains the movie is about the founder of McDonalds Ray Kroc and you might wonder how a man whose last name is Kroc developed a restaurant called McDonalds especially since it was based on a restaurant already called McDonalds that was founded by two brothers named McDonald.  He says the movie is all about how Ray Kroc managed to build an empire on someone else’s work and despite all of the underhandedness that went on the film itself is actually quite entertaining.

The Founder will be shown at the Hapnot Collegiate Theatre tomorrow night at 7:30 and admission is free but there will be a silver collection.