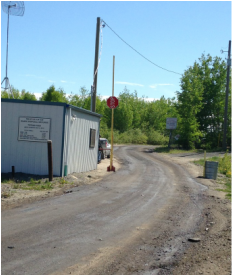 The Flin Flon Recycling Center and City of Flin Flon have announced the opening of the Household Hazardous Waste Depot at the Flin Flon landfill.  Administrator Deb Odegaard encourages community residents to bring their hazardous waste to the landfill.  She says it’s open to collect hazardous waste from households.  She explains hazardous waste is those items that have those stop signs with explosive or corrosive or poisonous, anything with those danger signs on them should be brought to the depot instead of being put into the regular garbage.  She adds this is going to be available year round and they will take the stuff from you and package it up and ship it off to Winnipeg where it’s taken care of in a responsible way so it doesn’t get into the environment.

Tipping fees will not be charged for vehicles that are bringing in only hazardous waste items. The depot is for household items only.

A grand opening will be held Saturday from 2 to 4 with tours of the depot.  Information brochures will be available at City Hall, the Recycling Center and at the event.