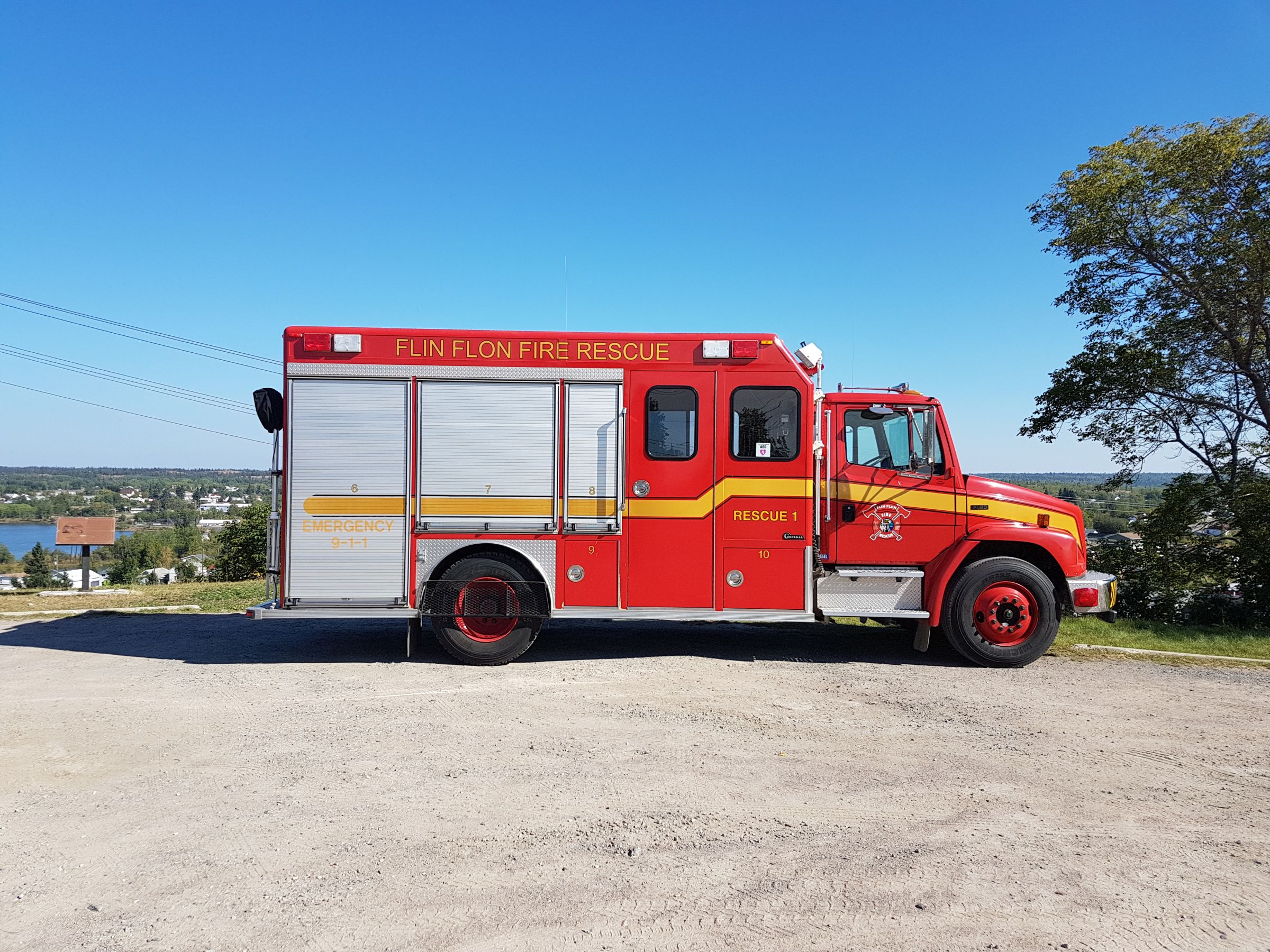 Fire Chief Chad Cooper has announced a critical piece of firefighting equipment is in service and ready to serve the residents of Flin Flon.  Cooper says the fire department has been using its frontline fire engine to house all the structural and rescue equipment and it was overstocked and overweight so they purchased a rescue truck.  He explains the rescue truck will be fully equipped with rescue, structural firefighting and hazmat equipment.  Another feature of the truck he notes is the walk in body which allows the rescue truck to utilize as a mobile command post.  He adds the rescue has seating for nine firefighters which is valuable to getting firefighters to the emergency scene quickly and safely.

Rescue One is a 1996 Freightliner truck purchased from Hinton Fire Rescue in Hinton, Alberta.