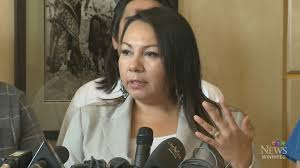 The Manitoba Government and the First Nations of Northern Manitoba Child and Family Services Authority have ended the order of administration implemented in 2014.  It turns control back to a board of directors under the supervision of the province and the Manitoba Keewatinowi Okimakanak.

The Northern Authority oversees First Nations child welfare agencies across the province and entered into administration in November 2014.  Following many months of work with the executive and MKO a new collaborative working relationship has been established that has led to lifting the order of administration.

Grand Chief Sheila North Wilson says having First Nation authority over the well-being of their children and families is fundamental to supporting healthy families and communities and they move forward knowing decisions will be made from the perspective of northern First nations, guided by the wisdom and experience of their board members.