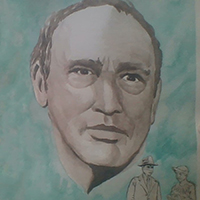 102.9 CFARs Raphael Saray returns to Winnipeg this week to produce a performance for a fifth year at the Winnipeg Fringe Festival. He explains this is a play he has written called Waiting for Trudeau, a Canadian, social, cultural and political satire based on the Beckett play Waiting for Godot, the fifth play he has written for the Festival.  He says it’ll be at Rachel Brown Studios which is the dance conservatory building in Winnipeg which is one of the elite theatres that they’ve been working on and trying to get a spot there for quite some time.

The play will be performed tomorrow, Thursday, Friday and Saturday.  For more on the performance and the Festival visit their website www.winnipegfringe.com.