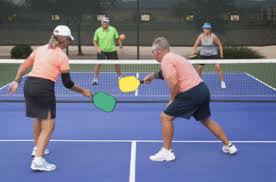 At their meeting Tuesday night City Council approved funding of 500 dollars for the Flin Flon Creighton and Area Pickleball Club to revamp the Birchview bunk.  It will be turned into a multi use facility used for hockey in the winter and pickleball in the summer.  In making the request for funding the Club noted an increasing number of retired men and women have been playing pickleball using make shift courts at the Creighton tennis courts the past two summer adding once they have their own courts they will advertise to attract all ages including the schools.

Council also received the Fire Chiefs report for June indicating seven calls during the month.  Council had praise for the fire fighters for their response to the recent apartment fire on Tweedsmuir Street noting their efforts prevented any damage to the homes on both sides of the apartment building.

And Councilor Guy Rideout reported the curfew approved at their last meeting seems to be going over well with positive response from the public.